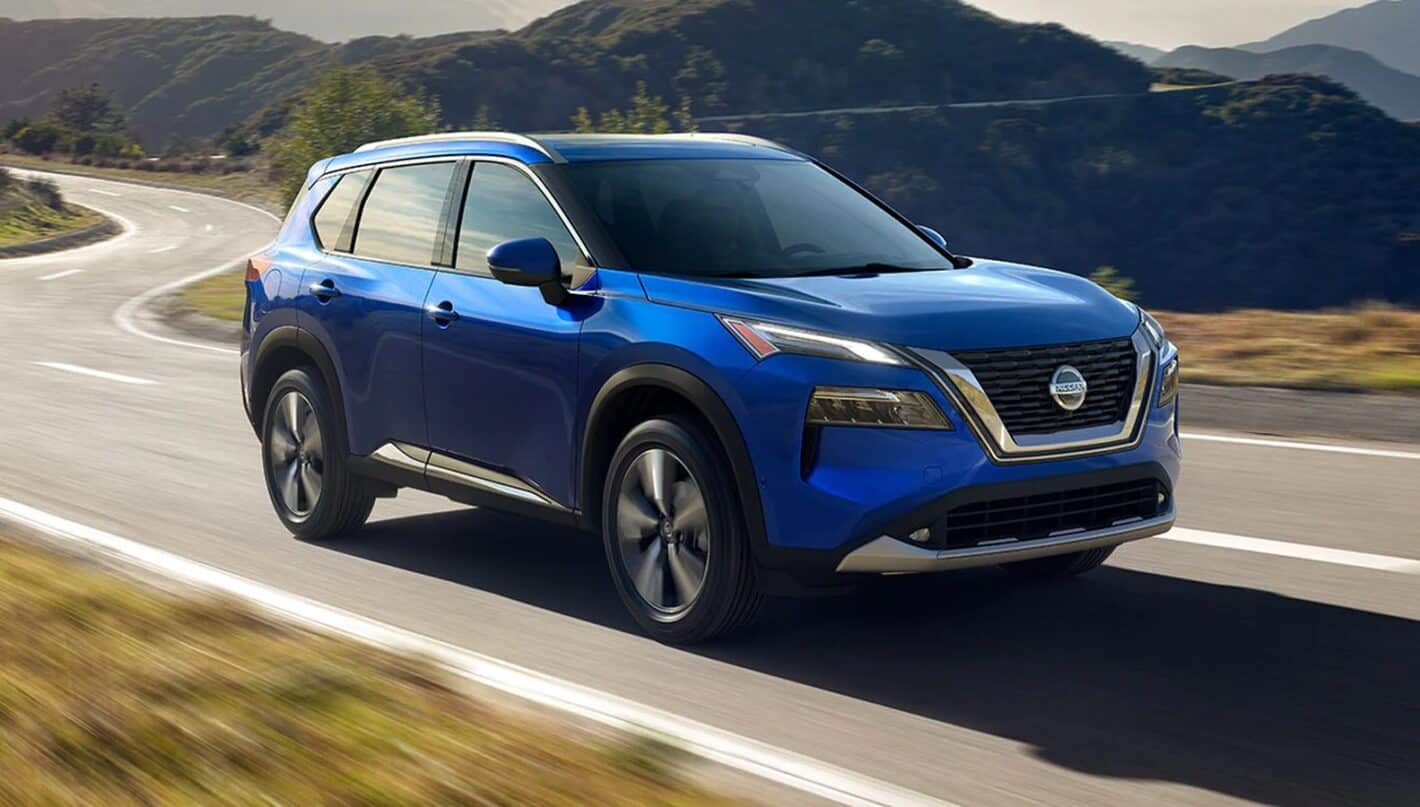 What exactly is Android Auto?

Most of you should be familiar with the Android operating system developed by Google, primarily used in smartphones. So the Android Auto is a mobile application designed to mirror the features of an Android device on the infotainment display of a car.

Once an Android device is paired with the head unit, be it a wired connection or wireless, the system can mirror compatible apps on the device’s infotainment display. You can then use your favorite android app from the infotainment display of your car, given that the app is supported in the first place.

Supported app categories include GPS mapping and navigation, music playback, messaging, phone app, along web search as well. Since the system supports both touchscreen and button-controlled head units, it makes it compatible with a wide range of cars. A hands-free voice command feature is also available.

Android Auto was released to the market on March 19, 2015, and since then, a lot of cars have adopted the technology to make interacting with the car a lot simpler and convenient. In this article, we will be looking at the top 10 cars in the market that are compatible with Android Auto. 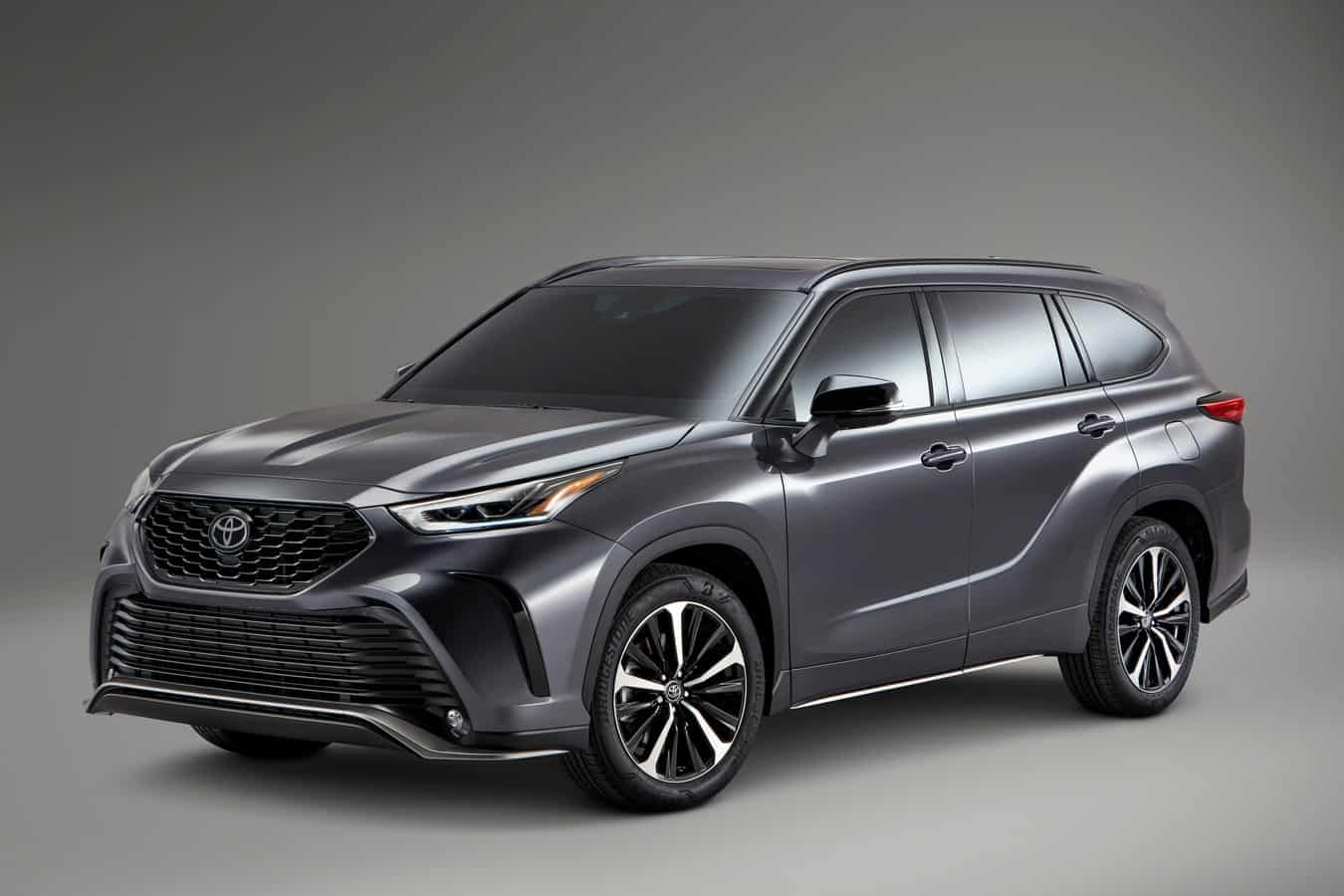 A very important car in Toyota’s lineup of SUVs, the Toyota Highlander is a mid-size crossover SUV that made its debut in the year 2000. It made its transition to its 4th generation of production during the 2020 model year update, and the 2021 Toyota Highlander is also a part of it as well. With the introduction of the new XSE trim level, it now comes standard with Toyota Safety Sense 2.5+ (TSS 2.5+) and LED headlamp enhancements for all the entry-level trim levels. 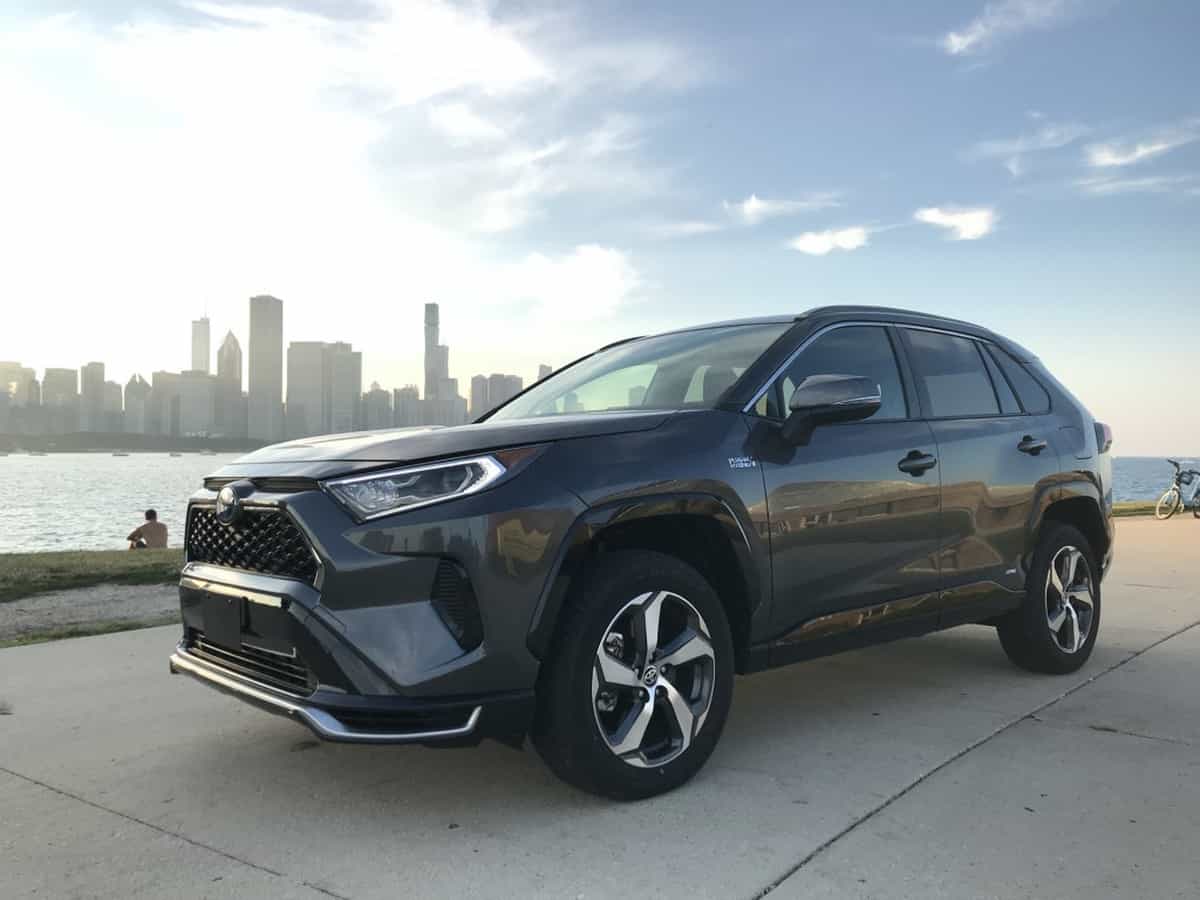 Toyota has been using the “Prime” suffix nomenclature for the PHEV variant of the Prius for a few years now, and it has done the same with the RAV4 compact crossover SUV as well. So the 2021 Toyota RAV4 Prime is basically a plug-in hybrid variant of the RAV4 SUV. That being said, it is probably a much more compelling car than the Prius Prime. For starters, its battery is significantly bigger, which gives it an estimated all-electric range of 42 miles, which is decent.

Moreover, the bigger electric motors and the instant torque from the electric motors make it much more fun to drive than the regular RAV4, and probably any other regular gasoline-powered SUV in the segment. It comes with Android Auto as standard from the base trim level, which can be seamlessly used on the 8” or 9” touchscreen infotainment display, depending on the trim level. 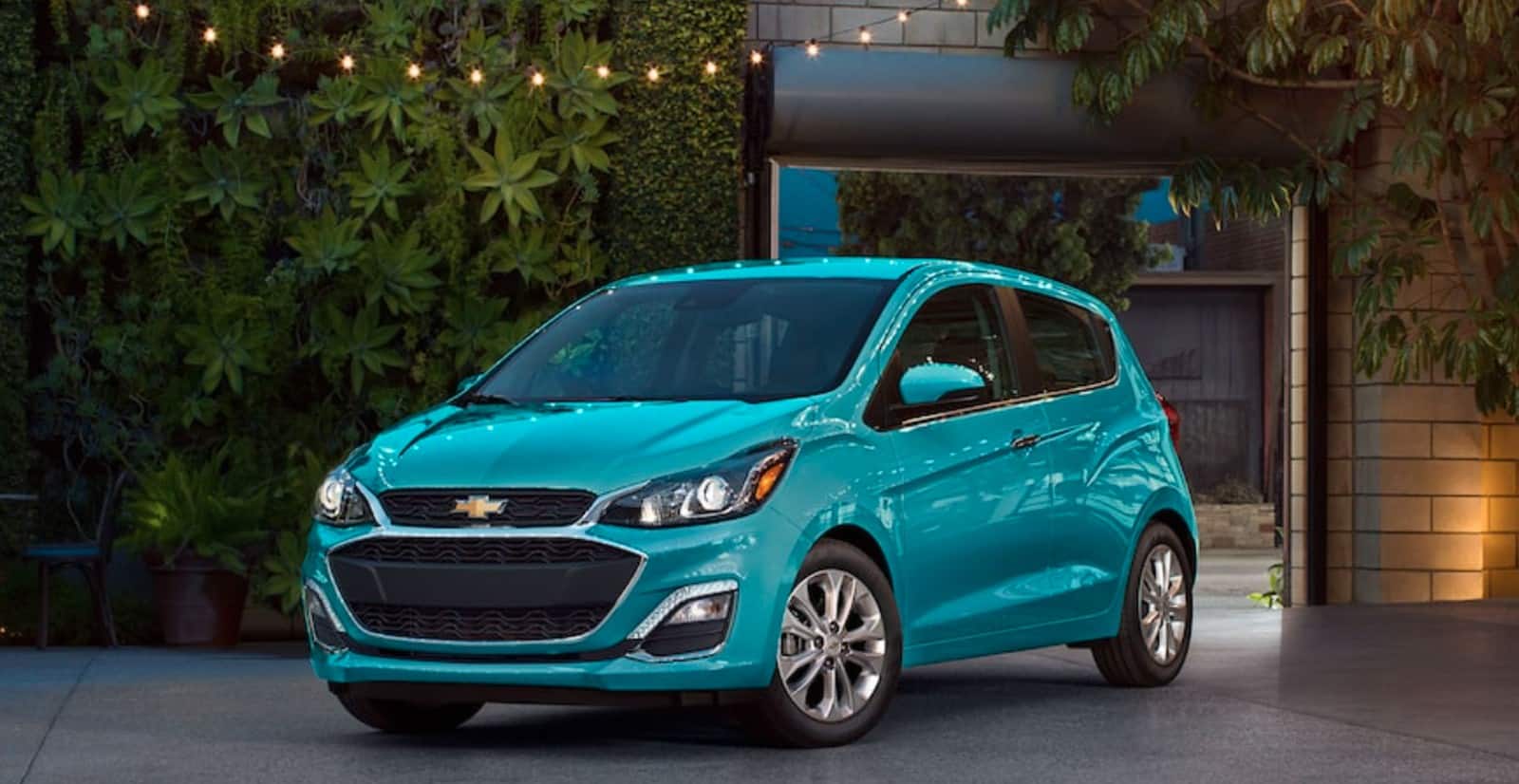 With a starting price of just around $13,400, the 2021 Chevrolet Spark might just be one of the most affordable cars with standard Android Auto compatibility across the trim levels. The Chevrolet Spark is an entry-level subcompact hatchback that made its debut in the year 1998. It was for the 2015 model year when Spark made its transition to its 2nd generation of production, and the 2021 model year is also a part of it as well.

The 2021 Chevrolet Spark is a carryover model from the previous model year without any significant updates. It is available in four different trim levels to choose from, and Android Auto comes as standard in all of them, along with a 7” touchscreen display for the infotainment system.

The Honda Accord is a very popular executive sedan designed and developed by the engineers at Honda. In fact, it is even regarded as the benchmark midsize sedan by some experts. That being said, Honda made the Accord all the more relevant for the 2021 model year with a refresh that includes updates to styling, technology, drivability, and safety features. Moreover, the 2021 Honda Accord model also gets the support for wireless Android Auto, which is pretty amazing, especially for its price range. 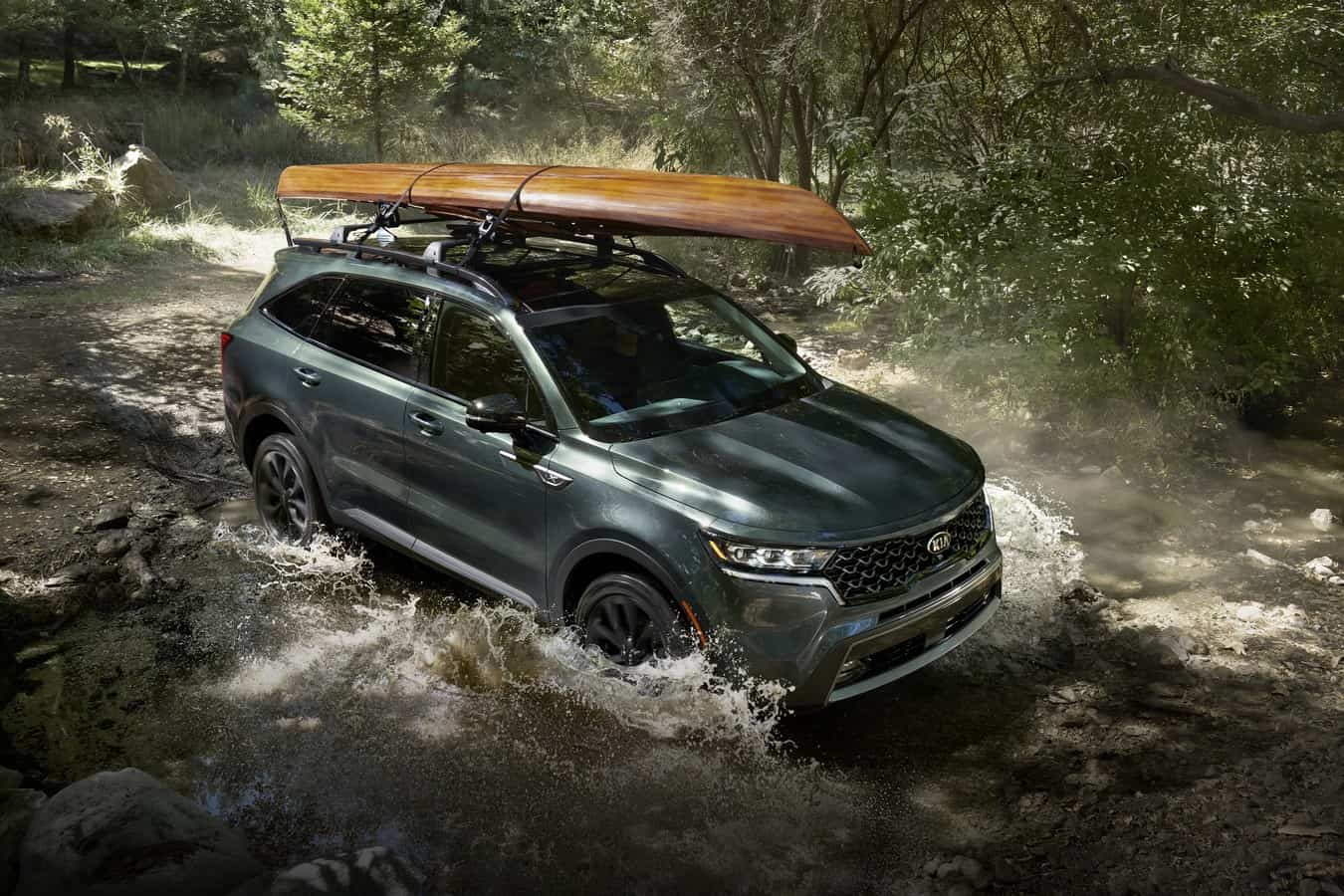 Another car on the list with support for wireless Android Auto, the Sorento is a popular mid-size crossover SUV from Kia. Introduced in 2002 for the 2003 model year, the Sorento gained popularity for its overall footprint having larger dimensions than most of its rivals. The 2nd generation Sorento since 2011 introduced 3rd-row seating which further increased the popularity of the car. Completely redesigned from the ground up for the 2021 model year, the 2021 Kia Sorento made its transition to its 4th generation of production with more interior space than ever before.

The 2021 Kia Sorento is built on an all-new 3rd generation “N3” platform that is a lighter, stronger, and more flexible design than previous models. The increased interior space is achieved by a 1.4 inches increase in the wheelbase. Four engines are offered on the 2021 Sorento, including two internal combustion powerplants and two electrified motors in both front-wheel drive (FWD) and all-wheel drive (AWD) configurations.

An already compelling car by Hyundai in the compact sedan segment, the redesigned 2021 Hyundai Elantra takes everything a step forward. Initially launched in the year 1990, the 2021 Elantra started off the 7th generation of its production with some huge changes and updates, including a bolder, more modern styling, new performance, and hybrid version, along with an updated list of advanced luxury features and technologies for added convenience.

Moreover, what makes it a great fit for this list is the fact that it comes standard with wireless Android Auto smartphone integration across the five available trim levels. It has a generous list of standard and optional features for its price, which makes it a great pick in its segment. 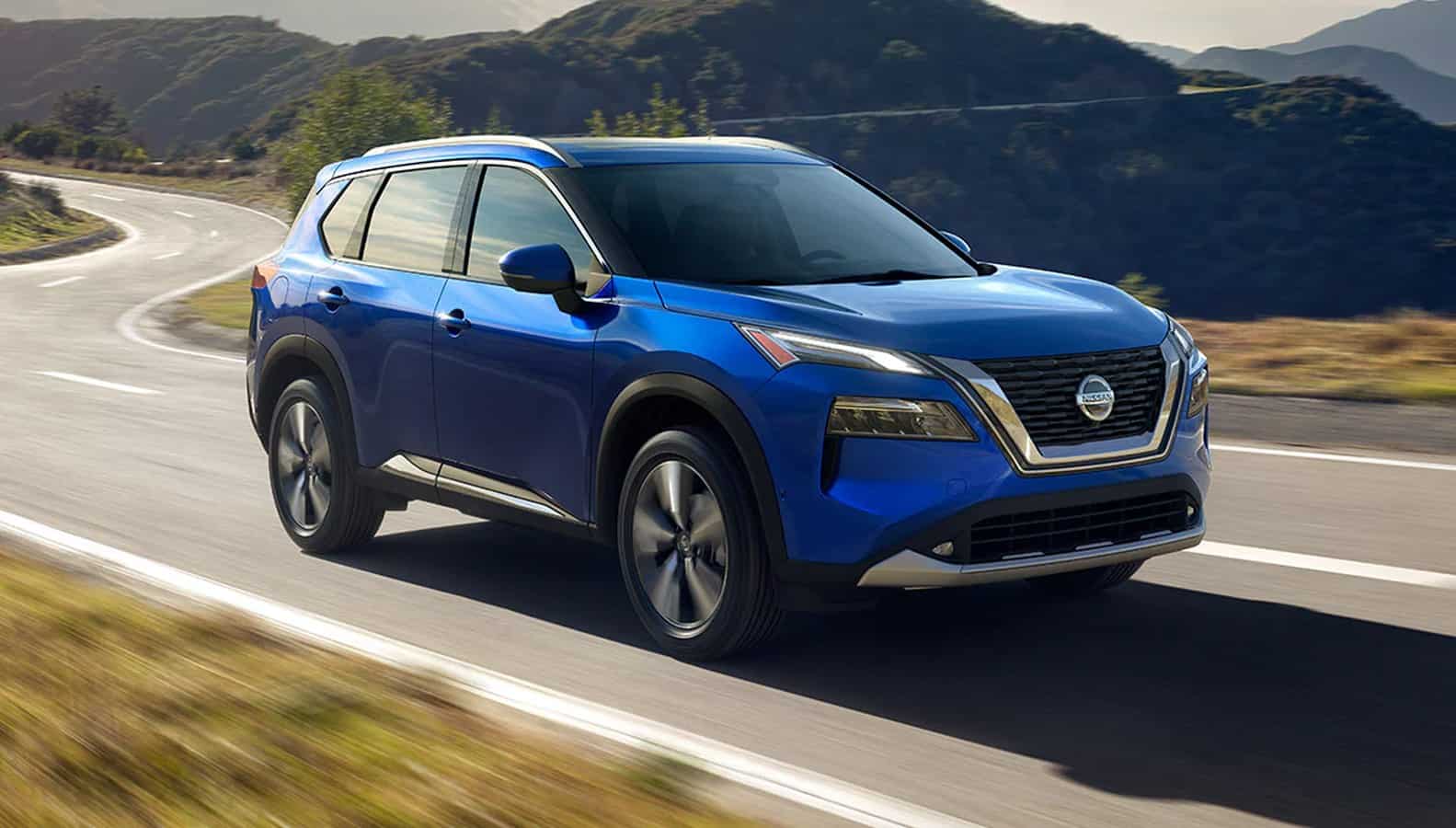 One of the popular cars from the Japanese automaker in their SUV lineup, the Nissan Rogue is a compact crossover SUV, which debuted in the year 2007. Nissan has fully redesigned the Rogue for the 2021 model year, kicking off the 3rd Rogue generation. It is developed on an all-new platform with enhanced driving dynamics and a range of available driver-assistance features to create a confidence-inspiring driving experience. It comes equipped with a lot of features for the money, which gives it an edge in the competition.

But in terms of smartphone integration, the 2021 Nissan Rogue is kind of a hit-or-miss. It is because Nissan has given the new Rogue wireless support for Apple CarPlay for iPhone users. But the Android users are still stuck with the wired Android Auto. Nonetheless, both come as standard from the base trim level. 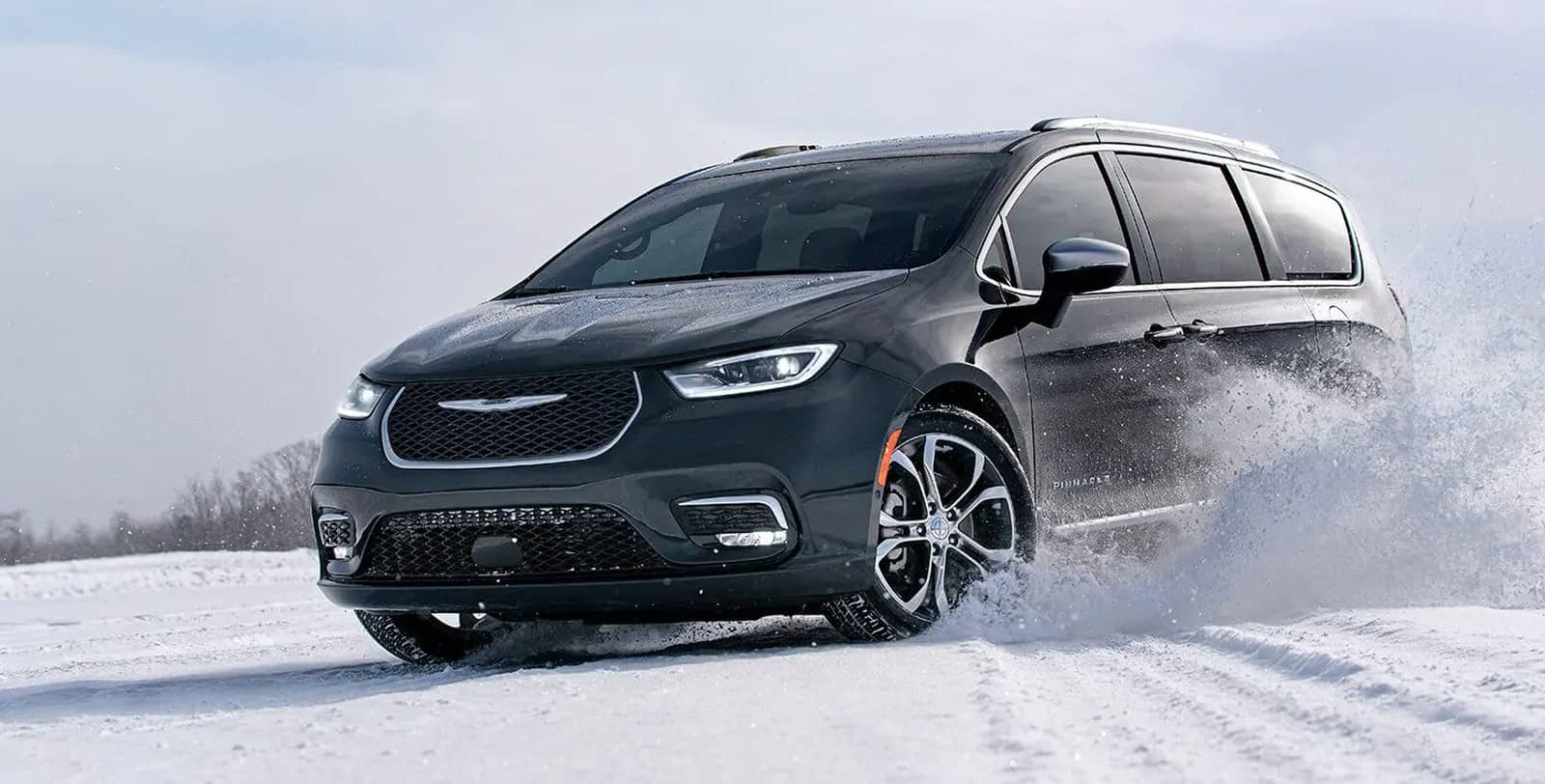 The 2021 Chrysler Pacifica is a must inclusion in the list due to the fact that the updated infotainment system gets support for wireless Android Auto for that extra bit of added convenience. Although the Pacifica nameplate is used by Chrysler for a few years now, the Pacifica in question here is the new minivan which made its debut in the year 2016. It is still in its 1st generation of production since the 2017 model year.

That being said, the 2021 Pacifica got some significant changes and updates, which include an updated interior and exterior styling, along with a new infotainment system, a new suite of standard driver aids including automatic emergency braking, and adaptive cruise control. In total, the Pacifica features 116 standard and available safety and security features, according to the automaker. 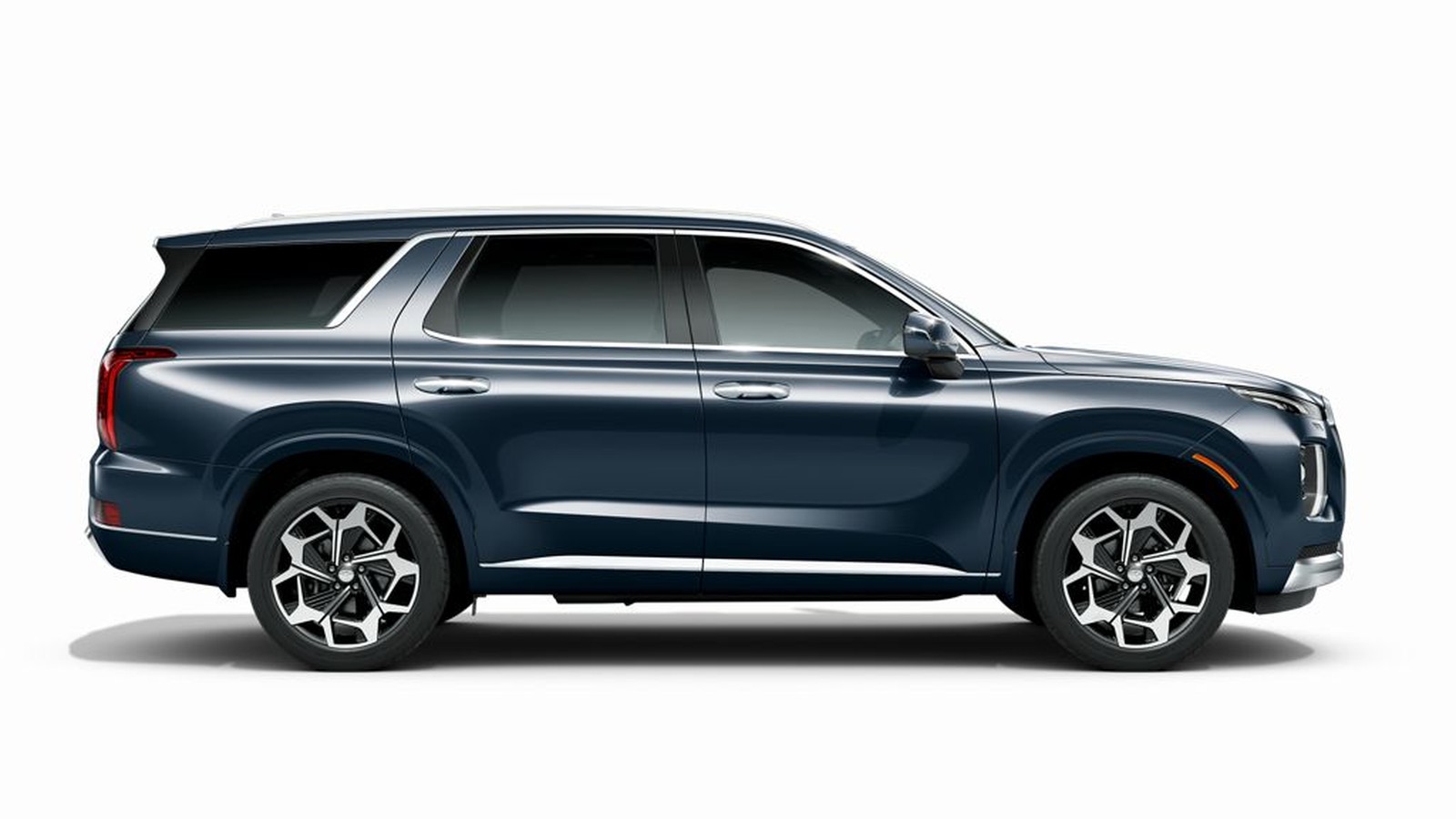 The Hyundai Palisade is a new addition to Hyundai’s lineup of SUVs, which took the mid-size crossover SUV by storm. Although it made its debut in the year 2018, it became available in the market from the 2020 model year. The 2021 Hyundai Palisade got a new range-topping Calligraphy trim level, along with restructured options packages for the 2021 model year trim levels.

According to a survey, half of the Palisade buyers had never considered the Hyundai brand, which indicates growing brand consideration from an appealing new vehicle, and that too for good reasons. And one of them is the availability of wireless Android Auto, which comes as standard from the base trim of the car. 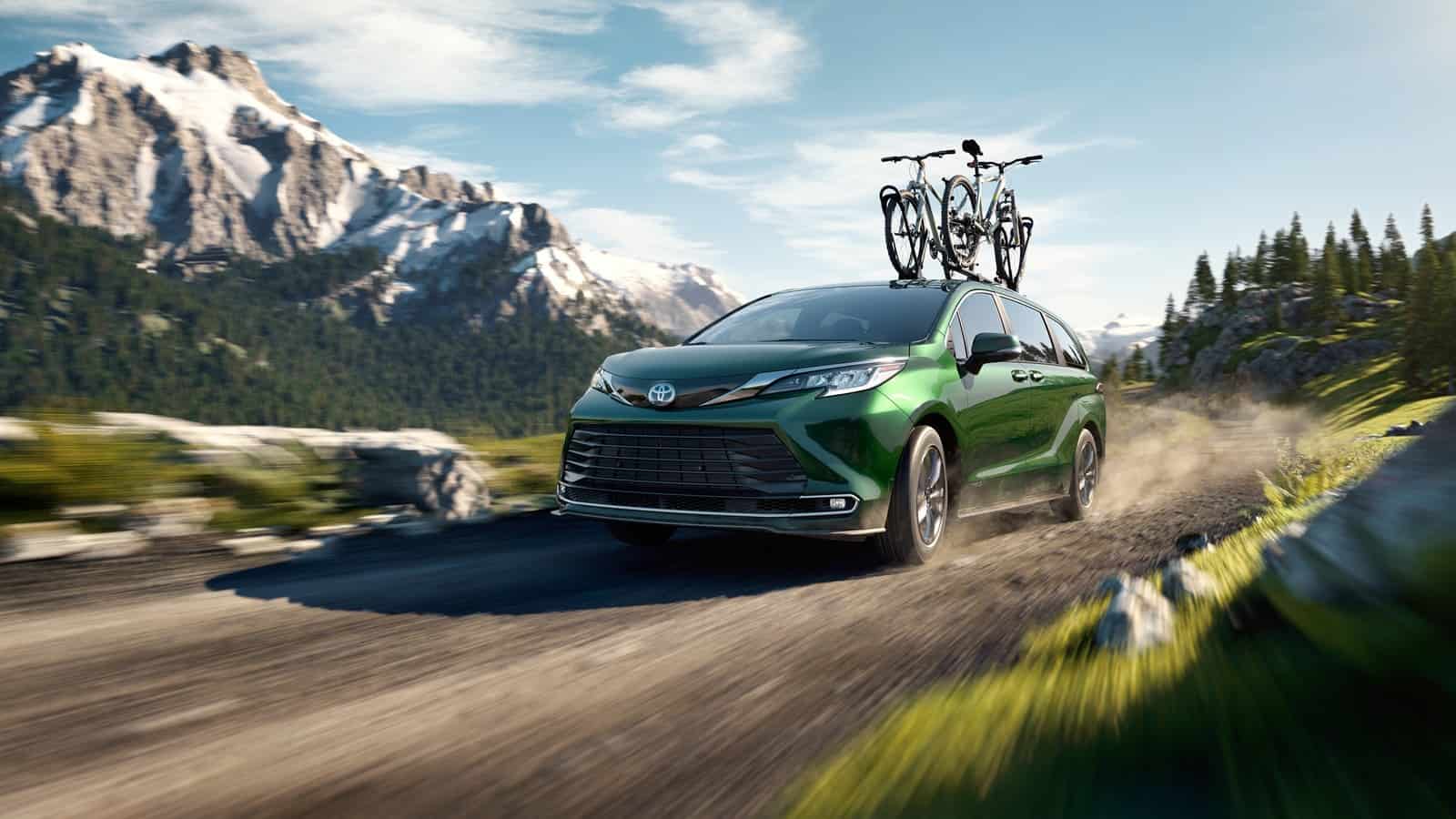 Another minivan in the list, and a popular one, in fact, the Toyota Sienna made its debut in the year 1997. The Sienna was redesigned from the ground up for the 2021 model year, kicking off the 4th Sienna generation. The new Sienna gets a new hybrid powertrain as standard across the trim levels, which replaces the old gasoline power V6 engine. The powertrain in question uses a 4-cylinder unit along with electric motors for a combined output of 243 horsepower and a manufacturer-estimated 33 combined MPG fuel economy.

The 2021 Toyota Sienna is available in five different trim levels to choose from, and Android Auto smartphone integration comes standard from the base trim itself, along with a 9” touchscreen infotainment display across the trim levels.