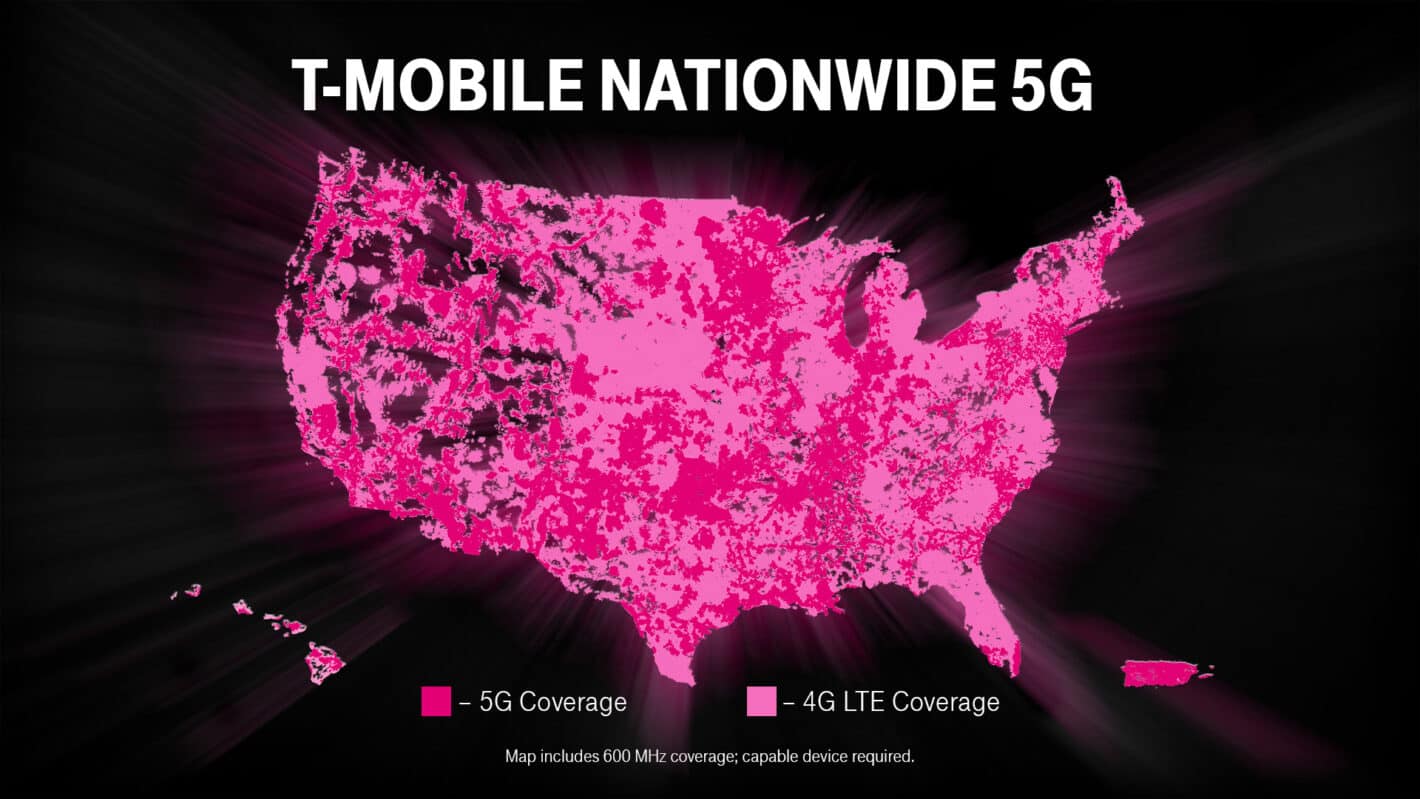 T-Mobile 5G is America’s most reliable according to umlaut. New reports which were published today April 6 by umlaut provide results to back this. T-Mobile also announced this information via its news website today.

T-Mobile customers get the most reliable 5G in the U.S. According to umlaut, after examining real customers the company found that usage from millions of devices measure that customers have the most 5G coverage.

In addition, T-Mobile customers have the highest 5G speeds and the most reliable 5G connection. This information backs up T-Mobile’s position as the 5G leader.

“Time and time again, the independent network benchmarking reports prove there’s one clear leader in 5G, and that’s T-Mobile,” said Neville Ray, President of Technology at T-Mobile. “With the largest, fastest, and now most reliable 5G network in the country, our sights are firmly set on what’s next in 5G, while the competition plays catch-up!!”

The report from umlaut is based on real customer experience. The company got extensive results from actual wireless customers across the U.S. By examining 35 million data samples from over 55,000 5G users the company was able to get the results for its report.

T-Mobile 5G is America’s most reliable in 5G performance. Leaves competitors in the dust

The study looks at 5G performance across all 50 states and ranks T-Mobile first in 5G in 44 states. T-Mobile is not only the number carrier for 5G performance, but it also gets top marks in 5G reliability, coverage, and speed. Which suggests the Un-Carrier boasting about its 5G capabilities wasn’t unfounded.

T-Mobile can hold its head high when saying it is America’s 5G leader. The company has the fastest speeds in more places than its competition. Its speeds outpace both AT&T and Verizon. T-Mobile’s Extended Range 5G covers over 287 million people. That is a lot of coverage.

This coverage doubles what AT&T covers, and quadruples what Verizon offers. T-Mobile is not looking to rest on its laurels either. The company is utilizing its acquisition of Sprint to build on its already substantial lead.

By lighting up its Ultra Capacity 5G the company is bringing fast 5G speeds to more places. The Un-Carrier’s Ultra Capacity 5G currently covers 125 million people and gives these customers speeds around 300 Mbps. That is blazing fast, but users can get peak speeds of 1 Gbps.

T-Mobile seems to be focusing on providing both blazing fast speeds and coverage, that way customers can take advantage of the network.