Skip to content
Advertisement
Trusted By Millions
Independent, Expert Android News You Can Trust, Since 2010
Publishing More Android Than Anyone Else
28
Today
28
This Week
379
This Month
3029
This Year
113091
All Time
Advertisement The Anker Soundcore Strike 3 has surprisingly good quality sound for the price.

Not everyone wants or needs a gaming headset that costs two thirds of the price of the console, which is what makes headsets like the Soundcore Strike 3 so appealing. At $49.99 retail, it’s not terribly expensive. And for that money you actually get some pretty decent sound out of it.

Is this going to be on par with something like the GSP 670 from Sennheiser? No. But then again that’s a headset that normally retails for about $320. It’s wireless, multi-platform, and uses top-notch acoustics. But for that price, that’s to be expected. No, there are no illusions of ultimate supremacy in the gaming headset space for this price.

But you won’t just be throwing your money away either. The Soundcore Strike 3 gaming headset is surprisingly decent for the money. And as long as you’re also aware of what you’re not getting for $49.99, then you shouldn’t have many issues here.

There are of course a few things that could have been improved. So let’s take a closer look at the Soundcore Strike 3 and see if it’s worth spending that money on. Because there are certainly plenty of options around this price point. This headset is marketed as working with both PC and PS4. And while not listed, it does also work with PS5. But where the Soundcore Strike 3 really shines is with PC. There are multiple reasons for this but the biggest reason is the companion software that you would use with it on the PC.

This will let you tap into the virtual 7.1 surround sound. And you’re definitely going to want that for more realism and enhanced spatial audio while you play. If there are any downsides to this headset, it’s that the surround sound won’t work when you have the headset plugged into a console. Since there’s no software to install.

But for PC players, you can install the Soundcore app onto your desktop or laptop and then customize the sound of the headset. This includes things like an adjustable EQ, as well as the variable mic input and output volume. And of course you can also tune the 7.1 surround sound.

As both a console and a PC player, I was able to make ample use of the Strike 3 in a wide range of games. From MMOs to JRPGs to first-person shooters like Destiny or Call Of Duty. Audio-wise the sound was actually quite good, though perhaps a tad quieter than I’d have liked. At times I forgot I was using a $50 headset.

No matter the genre of game, I didn’t seem to have any issues hearing the unique complexities of each title. Which was a relief for me considering the wide array of different game titles I tend to play. Another benefit is that if you’re trying to save money on your entire PC gaming setup, this is another way you can do that. 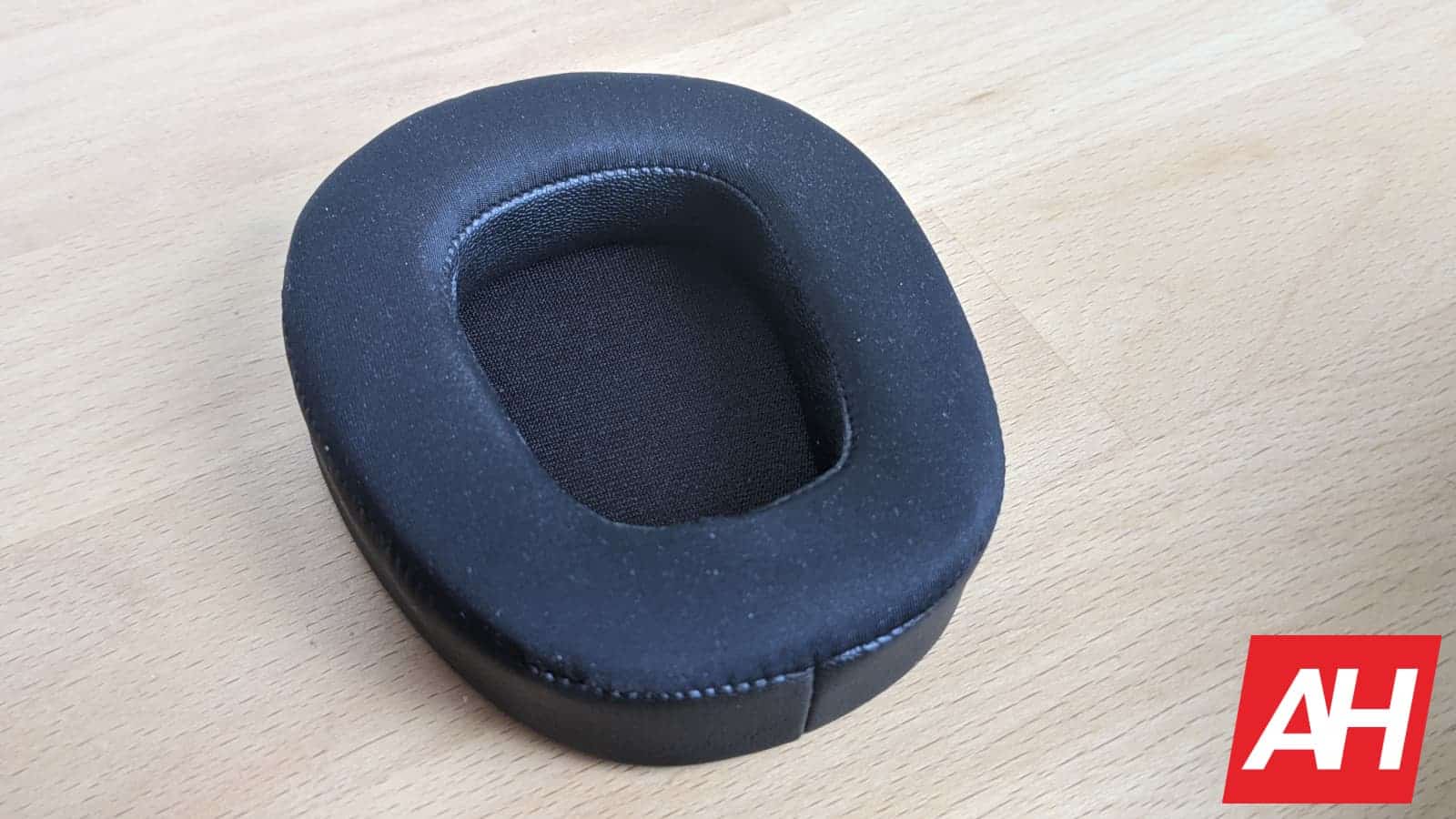 I live in Phoenix currently and it gets really hot during the Summer. While I do have the AC running at times, I try to keep the energy bill down by leaving it off unless absolutely necessary. This unfortunately can cause it to get a little warmer than usual at certain parts of the day. And especially warm when I’m playing games on the PC.

Which in turn can make my ears a little sweaty if I’m wearing a headset the entire time. Thankfully the Soundcore Strike 3 has cooling gel-infused ear pads. These help keep my ears and the area around them a little cooler during longer gaming sessions.

I can’t stress enough how nice of a feature this is. Because much of the year it stays pretty warm in the room with my gaming setup. And while I can’t entirely prevent sweating unless I’m willing to keep the AC running at full blast 24/7, there are ways that I can minimize the amount of overheating.

This is one of those ways and it doesn’t cost a whole lot. The ear pads are also very plush and comfortable. So wearing them for longer periods of time is not just a little cooler, but also comfortable. And, you can actually replace the ear pads really easily if you need to. Because they pop right off.

Overall, these are much more comfortable than you might expect. 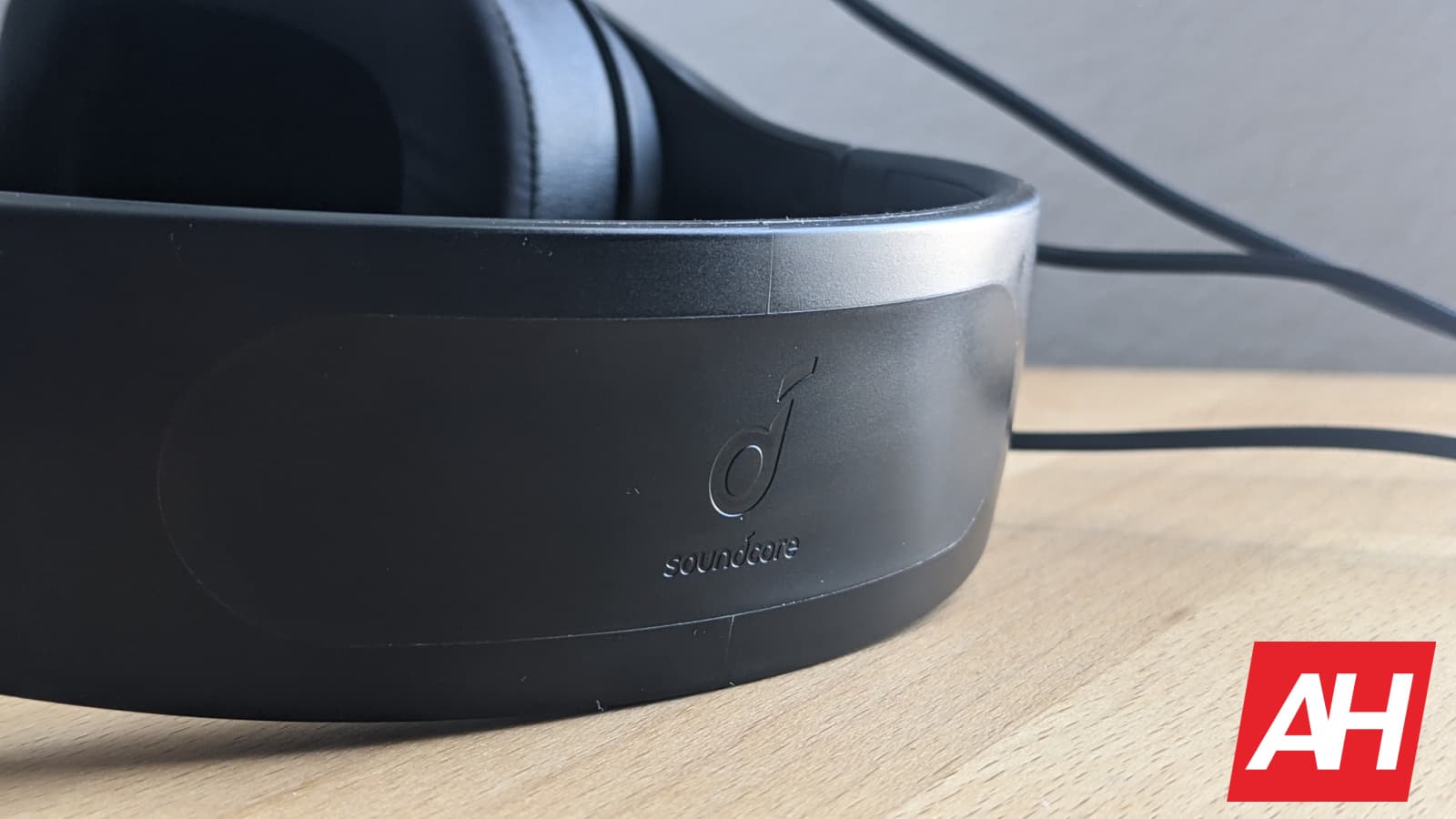 These work for consoles just fine. At least with PS4 and PS5. But they aren’t the best option for consoles and the reason is because they use a USB connection. This limits the use with consoles unless you’re fairly close to where the console sits.

The cable is about 5.5 feet long. So if your setup has your console within that range then you’re fine. Though to sit back comfortably you’ll really need to be less than 5 feet away from the console in case you want to lean back or move around a bit.

If it’s stretched as far as it’ll go, then you leave yourself little to no wiggle room. What this means is that if your PS4 or PS5 is hooked up to a TV across the room, you’re out of luck on using this unless you want to sit right in front of the TV just like when you were a kid. All those years ago when your parents told you sitting so close was bad for your eyesight.

While this isn’t a problem for me personally since my PS5 is right next to my PC monitor, that isn’t the case for a lot of console players. In fact I’d be willing to wager that most console players have the console hooked up across the room. These might be decent when it comes to audio and comfort, but that won’t do you any good if the cable doesn’t reach far enough from where you’re sitting.

This entire issue could have been avoided if the connection type allowed for USB and 3.5mm aux. Because then you could just plug these into the DualShock 4 or DualSense controllers. Unfortunately, that isn’t the case here. So if you need something with a longer cable or a 3.5mm connection you’ll have to look elsewhere.

A no frills design that gets the job done 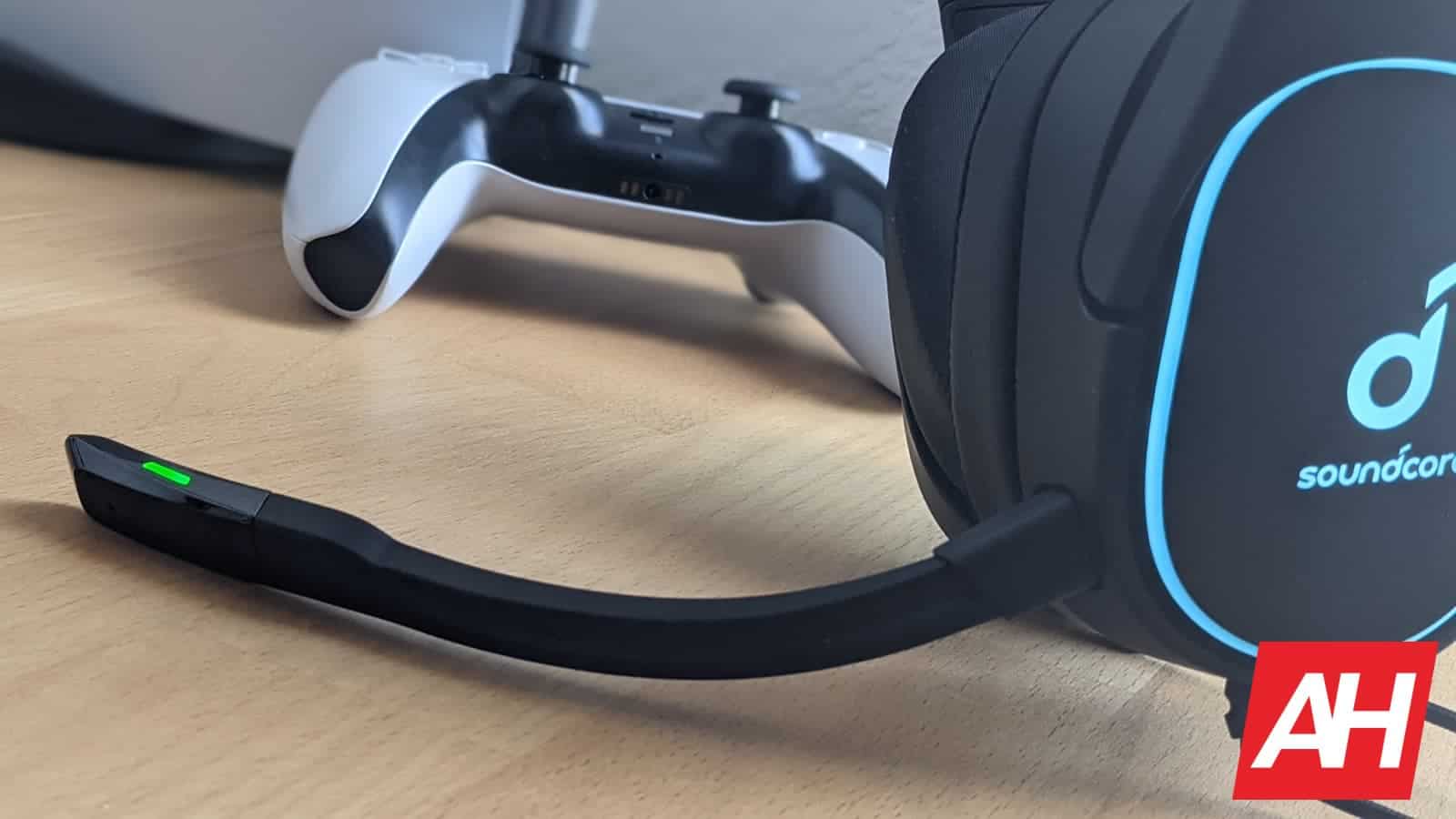 When you take a look at the Soundcore Strike 3, your first thought probably isn’t going to be about how beautifully designed it is. That isn’t to say the design of the headset is bad. Just that Anker isn’t going out of its way to doll it up with premium materials.

It’s not marketing a handcrafted, carefully and artfully designed gaming headset. But even though that’s not the case, the headset still looks decent. And the design style as well as functions still work.

In particular one of the best parts about the design is the detachable microphone. While I do like the boom style mics on gaming headsets, it’s nice when they’re not there. Because there’s nothing in your way if you want to eat something or take a sip of your drink.

Here, you can exactly move the mic out of the way while it’s in use. Not in the way you could with a flip-up boom mic. But you can unplug it entirely if you need to. And that’s particularly nice for the design if you don’t actually want to use voice chat.

Detaching the mic lets the headset look more uniform. If you care about that stuff. Aside from the detachable mic, there’s also some RGB lighting on the sides of each ear cup. This isn’t too flashy and adds a little bit of a cool aesthetic if you like your RGB.

Basically this is a no frills design and Anker isn’t being shy about that at all. And really, what can you expect when the price of the headset is only $50?

Should I buy the Anker Soundcore Strike 3 gaming headset?

If you’re really lookin for a headset that won’t cost a lot of money, works well, and works with PlayStation and PC, this isn’t a bad option. That being said, I feel this has one big drawback.

And that’s the lack of a 3.5mm connection option. This hinders the experience for plugging the headset into the dedicated port on the controllers for the PS4 and the PS5. So unless you strictly want this as a PC gaming headset or your console is close enough to where you sit, then you may want to consider other options.

You’ll find more than a couple good alternatives, too. The Razer Kraken X for instance is a highly rated gaming headset, and runs about the same price. You could spring for an additional $10 or $20 and get something pretty good too.

While I won’t say you shouldn’t buy the Soundcore Strike 3, I am saying it’s not your only option. And that it’s important you weight out all of your options at this price point because there are a ton of gaming headsets in the $40-$70 range.

Still, the Strike 3 is a decent headset and worthy of your money if it fits what you’re looking for. Since the most important thing is that it works, and it certainly does.