Skip to content
Advertisement
Trusted By Millions
Independent, Expert Android News You Can Trust, Since 2010
Publishing More Android Than Anyone Else
57
Today
124
This Week
358
This Month
5609
This Year
123157
All Time
Advertisement 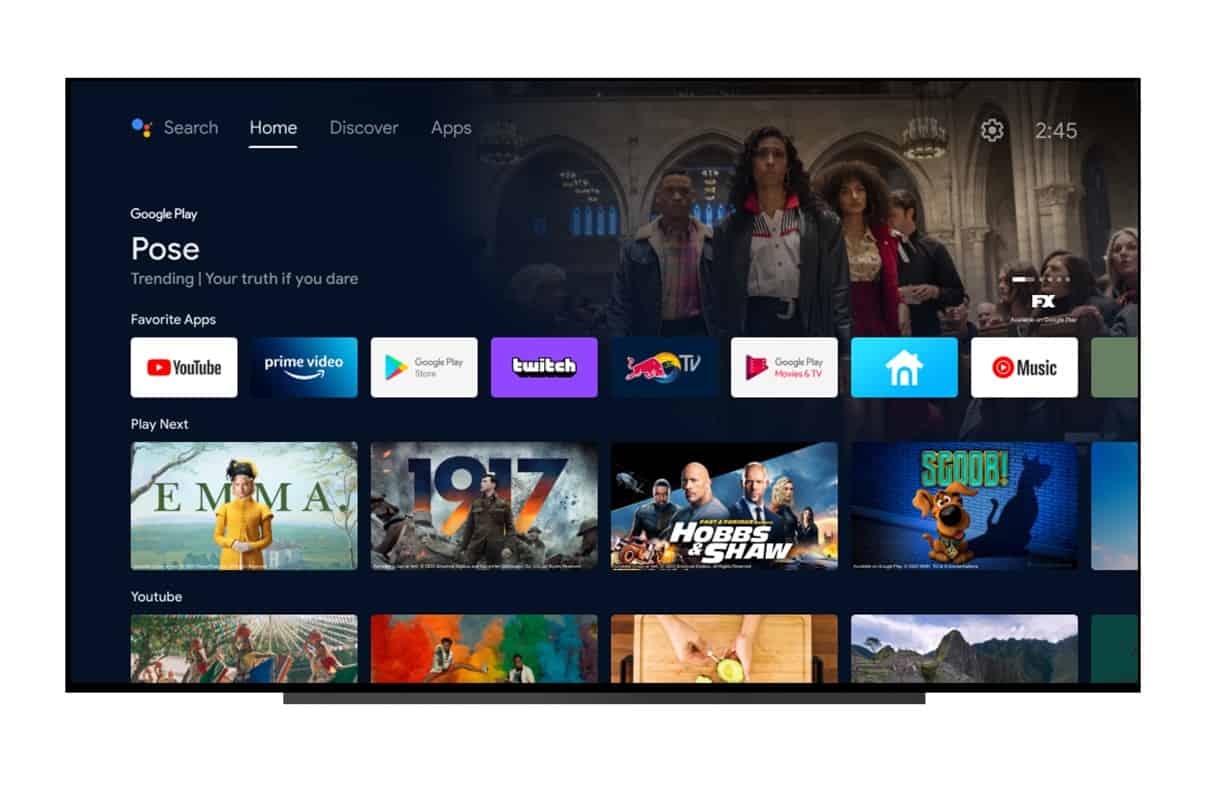 Sony‘s Bravia TVs are starting to pick up the new “Discover” Android TV homescreen. The rollout seemingly began over the past couple of weeks or so. Many Bravia TV owners have confirmed getting the update in the past week. Sony also recently sent out an email to customers saying that their “Sony Android TV just got a whole lot better.”

Announced in February this year, the redesigned Android TV homescreen has been rolling out to eligible devices ever since. However, the update apparently hadn’t reached Sony TVs until the second half of this month. Neither Google nor Sony confirmed when exactly the rollout began though. In a comment to 9to5Google, Google simply said the new interface has been available to Bravia owners for “some time.”

The new Android TV interface does away with the left-most sidebar which carried icons for Apps, Play Next, and other apps such as Netflix and Nvidia Games. It now features three new tabs at the top: Home, Discover, and Apps.

The Home tab is home to all your favorite apps and channels and mostly still looks like the old homescreen that you are already familiar with. The Apps tab is also not very different from the older version. It is the place where you will see all of your installed apps as well as the apps that you may be interested in checking out.

The Discover tab is where things get different though. It is completely new to the Android TV platform. This tab brings together recommended movies, TV shows, and other content from various streaming services as well as what’s trending on Google. It’s similar to the For You tab on Google TV.

For the uninitiated, Google TV is the company’s redesigned TV platform that you can find on its latest Chromecasts. 2021 Sony Bravia TVs also feature the new platform which is set to replace Android TV over the next year. In other words, Google TV and Android TV are two similar platforms with a slightly different UI. So it doesn’t really make much sense for them to continue to exist side by side for long.

However, since not all existing TVs and set-top boxes would be updated to the Google TV UI as a whole, the new Android TV interface also acts as a kind of stopgap for them. Nonetheless, if you own a Sony Bravia TV, expect to see a new homescreen design for your TV soon.