The Galaxy Tab A7 Lite will have pretty modest specs

The Galaxy Tab a7 Lite will have an FDH+ LCD panel at 2400 x 1080 pixels. It will be powered by a Mediatek Helio P22T SoC with a Power VR GE8320 GPU. This will be backed up by 3 GB of RAM. We don’t know how much storage it will come with, unfortunately. The battery is expected to be a 5,100mAh battery. It’s expected to be running Android 11 out of the box.

With these specs, don’t expect to really use this for any sort of hardcore work or gaming. This will most likely be a device that’s perfect for reading books, browsing the web, watching YouTube videos, and light gaming.

In the renders, we see a gray color variant. It has a metallic appearance. The top and bottom of the device will undoubtedly be plastic to help a signal get through. We can tell that it’s a matte finish.

The power and volume buttons are on the right side of the device along with what looks to be a microphone. The left side has the microSD card slot. On the back, we see a singular camera lens. With the exception of that and the Samsung logo, the back is completely clean.

On the front of the device, we see an 8.4-inch screen. It has rounded corners and takes up a good amount of the front. Above it, we see the front-facing camera and the proximity sensor. Above those, we see a single speaker. Along the bottom, we see the USB-C port and headphone jack.

The Galaxy Tab s7 is the top-tier member of this dynamic trio. It has a QHD LCD display at 2560 x 1600 pixels. It’s large at 11 inches. It has a much more powerful Snapdragon 865 5G+ SoC with the Adreno 640 GPU. It has between 128 and 512 GB of storage, and that’s backed up by either 6 or 8 GB of RAM. Its main camera can record up to 4K resolution video. Other features include DEX support, fingerprint unlock, and an 8000 mAh battery.

The Galaxy Tab A7 Lite does have one leg up over its premium siblings, as it will be running Android 11 out of the box. The other two tablets came running the older Android 10. 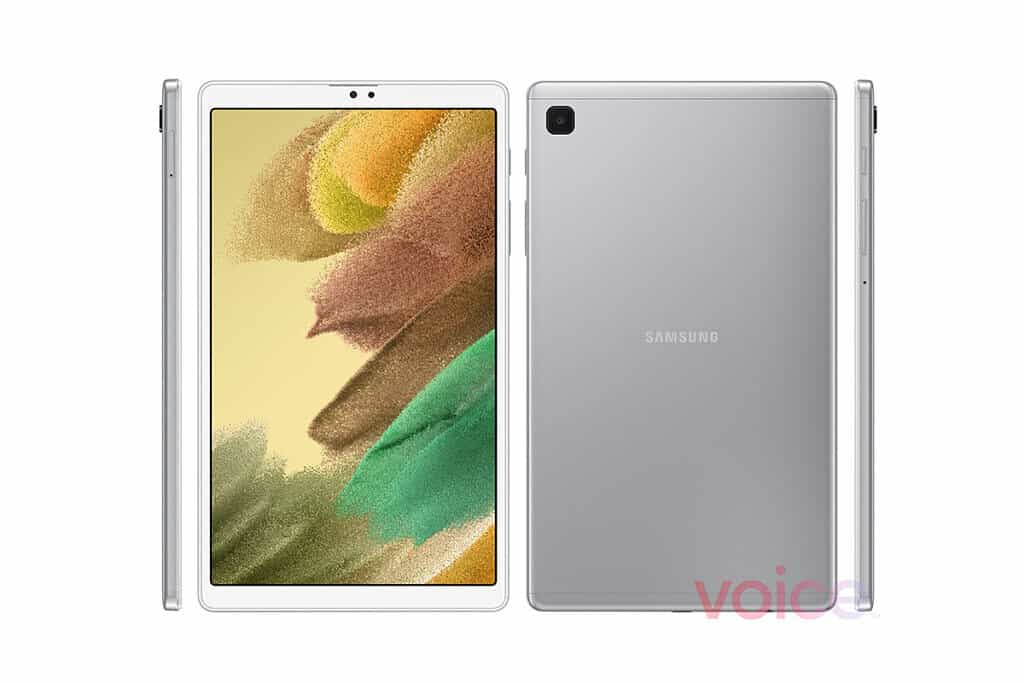