The Samsung Galaxy A82 design and specs have just been revealed by the Google Play Console. Well, not all details have been revealed, of course, but enough to get us started.

The information has been shared by Mukul Sharma, a tipster. He shared the information on Twitter, so let’s see what will the Galaxy A82 offer, starting with the design.

Only the design of the phone’s front side has been revealed by the Google Play Console. As you can see in the image provided below, the device will feature a centered display camera hole, and a flat display. 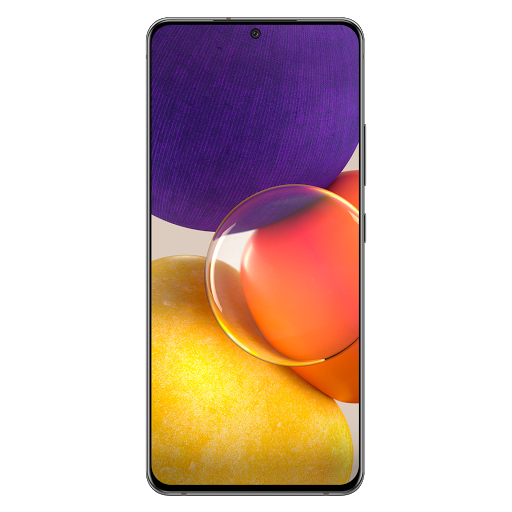 Its bezels will be quite thin, almost non-existent. Still, its bottom bezel will be thicker than the rest of them, which was to be expected. All the physical buttons will sit on the right-hand side of the device. The power / lock key will be included below the volume up and down buttons.

The placement of those physical buttons indicates that the Galaxy A82 will feature a fairly large display. We still do not know how large will its panel be, though, but we’re guessing at least 6.5 inches, if not larger.

The phone will be fueled by the Snapdragon 855+ SoC, which is quite interesting

Now, in regards to specs. The Google Play Console reveals that the phone will be fueled by the Snapdragon 855+ SoC. That is a rather interesting choice. That processor was once Qualcomm’s flagship offering, back in 2019. 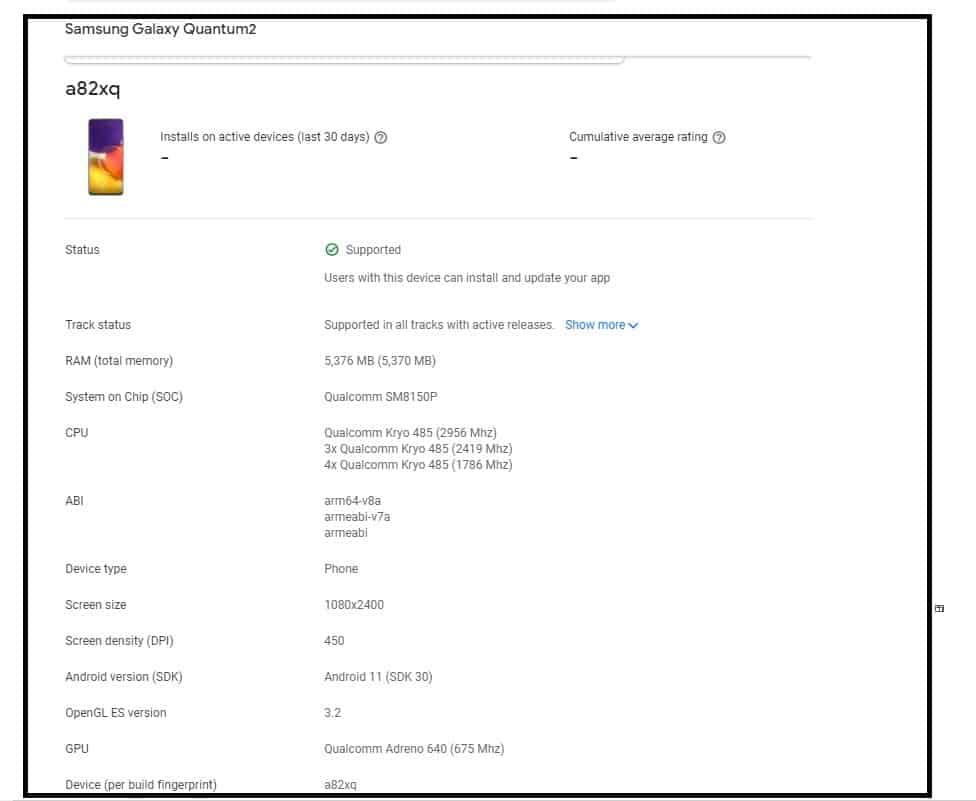 In addition to that processor, the device will include 6GB of RAM, and will ship with Android 11 out of the box. Samsung’s One UI skin will be included on top of Google’s OS, of course.

This phone is supposed to succeed the Galaxy A80 that arrived back in 2019. That handset had a rotating camera, but this one will not. The Galaxy A82, as you can see, will offer a much more regular design.

Bluetooth 5.0 will also be included

The Galaxy A82 5G also surfaced on Bluetooth SIG recently, and that listing confirmed that Bluetooth 5.0 will also be included in the package.

Now, if we had to guess what else will this phone offer, we’d say a 90Hz OLED display. It will likely have a quad camera setup on the back, and some sort of water and dust resistance. It will be more powerful than the Galaxy A52 and A72, that’s for sure.