The Nubia Z30 seems to be on the way, as the device just leaked. The Nubia Z30 will look quite appealing in terms of the design, as it will feature an under-display camera, and uniform bezels, it seems.

If you take a look at the image provided below, you’ll be able to see the device from three sides. The fact the phone includes an under-display camera will make it possible to ditch both a display camera hole, and a notch. 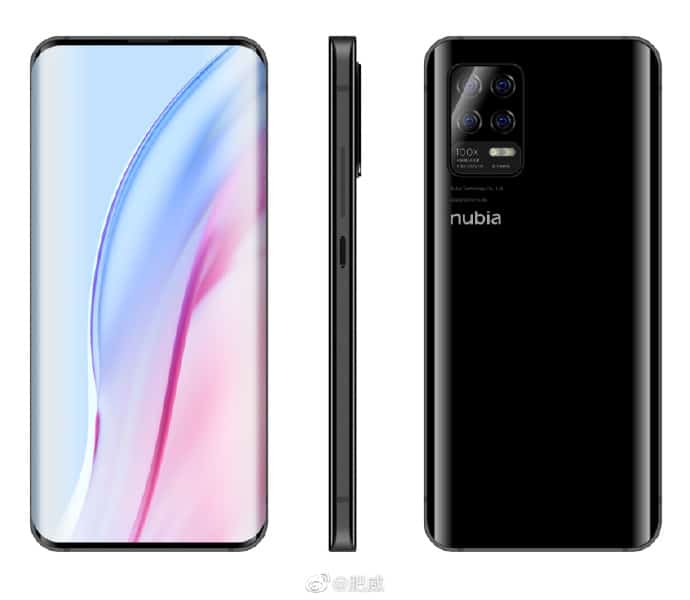 Based on this render, the phone’s bezels will be uniform, though renders can be a bit deceiving in that regard. We’ll have to wait and see if that will be the case. The Pixel 5 does feature uniform bezels, and it looks really nice because of that.

The provided render also confirms that the phone will feature a curved display. All of its buttons will be placed on the right side, while the device will also include an interesting camera setup on the back.

It will include four cameras back there, and a periscope one will be included (up to 100x hybrid zoom). The back side of the device will be curved towards the sides. Based on these renders, we’d say that the phone will be made out of metal and glass.

The phone will be fueled by the Snapdragon 888 SoC

The Nubia Z30 will be a high-end smartphone. This will be the company’s most powerful device, and it will ship with the Snapdragon 888, that much we know for sure. Unfortunately, though, that’s pretty much everything spec-wise we do know at this point.

We do believe that Nubia will include LPDDR5 RAM and UFS 3.1 storage to the mix, along with a high refresh rate AMOLED display. A large battery is also expected, along with fast charging (both wired and wireless).

It is still unknown when will the phone launch, but the company did start teasing it already. So, chances are it will arrive within a month or two. The Nubia Z20 arrived back in August 2019, so almost two years ago.