Nokia is not listed amongst the top 8 smartphone OEMs in Europe in Q1 2021, as you can see in the image below. Samsung is leading the market again, while Xiaomi, OPPO, OnePlus, and Realme have all seen staggering growth. 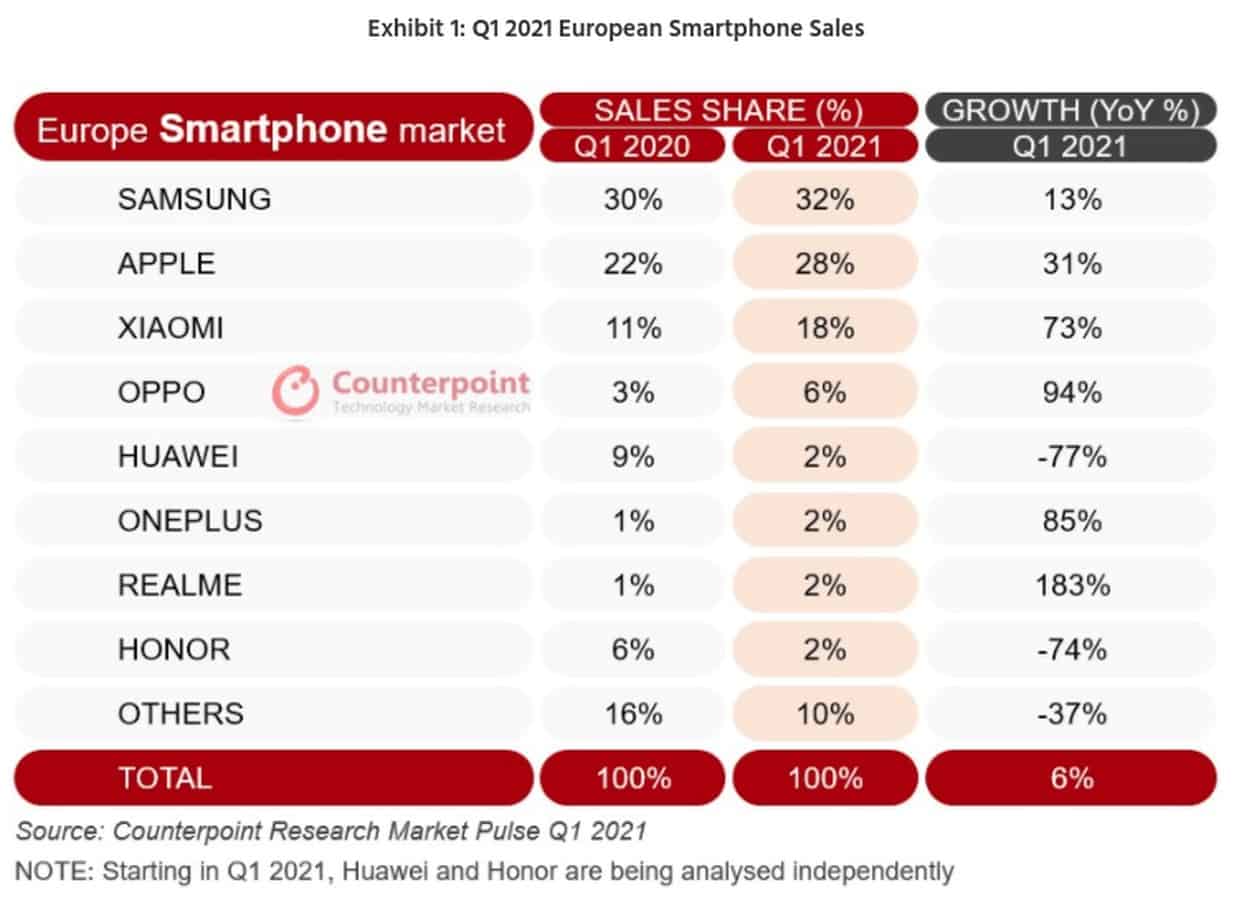 Well, Nokia wasn’t amongst them. HMD Global, the company behind Nokia smartphones, failed to make a dent in the European market. Counterpoint Research confirmed that the company grabbed less than 2-percent of the market in Q1 2021. That is half as much as it had last year, in other words, it made half as many shipments as in Q1 2020.

Samsung managed to grab 32-percent of the market in Q1 2021, as it sold more smartphones than it did in the same period last year. Its sales grew by 13-percent.

Apple grabbed 28-percent, and has seen a 31-percent growth YoY. Xiaomi grew quite a bit, by 73-percent YoY, and has managed to grab around 18-percent. The company managed to capitalize on Huawei’s downfall, and the same goes for OPPO.

OnePlus, Realme, and HONOR round up the top 8 list. They all accounted for 2-percent of sales in Q1 2021. OnePlus grew by 85-percent, Realme by 183-percent, while HONOR has seen a 74-percent decrease in shipments. HONOR’s luck may improve moving forward, as it’s no longer Huawei’s company, and can use Google services in its devices.