Google has started to roll out a new Google Discover design to Pixel phones running Android 12. This is the same design that first arrived to iOS, and is now making its way to Android, starting with Android 12.

It’s quite interesting that it’s first hitting a version of Android that is not stable yet. As many of you know, Google released three developer previews for Android 12, but a stable build is not coming before August.

The most notable change in this new design is the fact that stories are no longer placed in individual cards. They are now included on a flat gray or white background, depending on your theme. 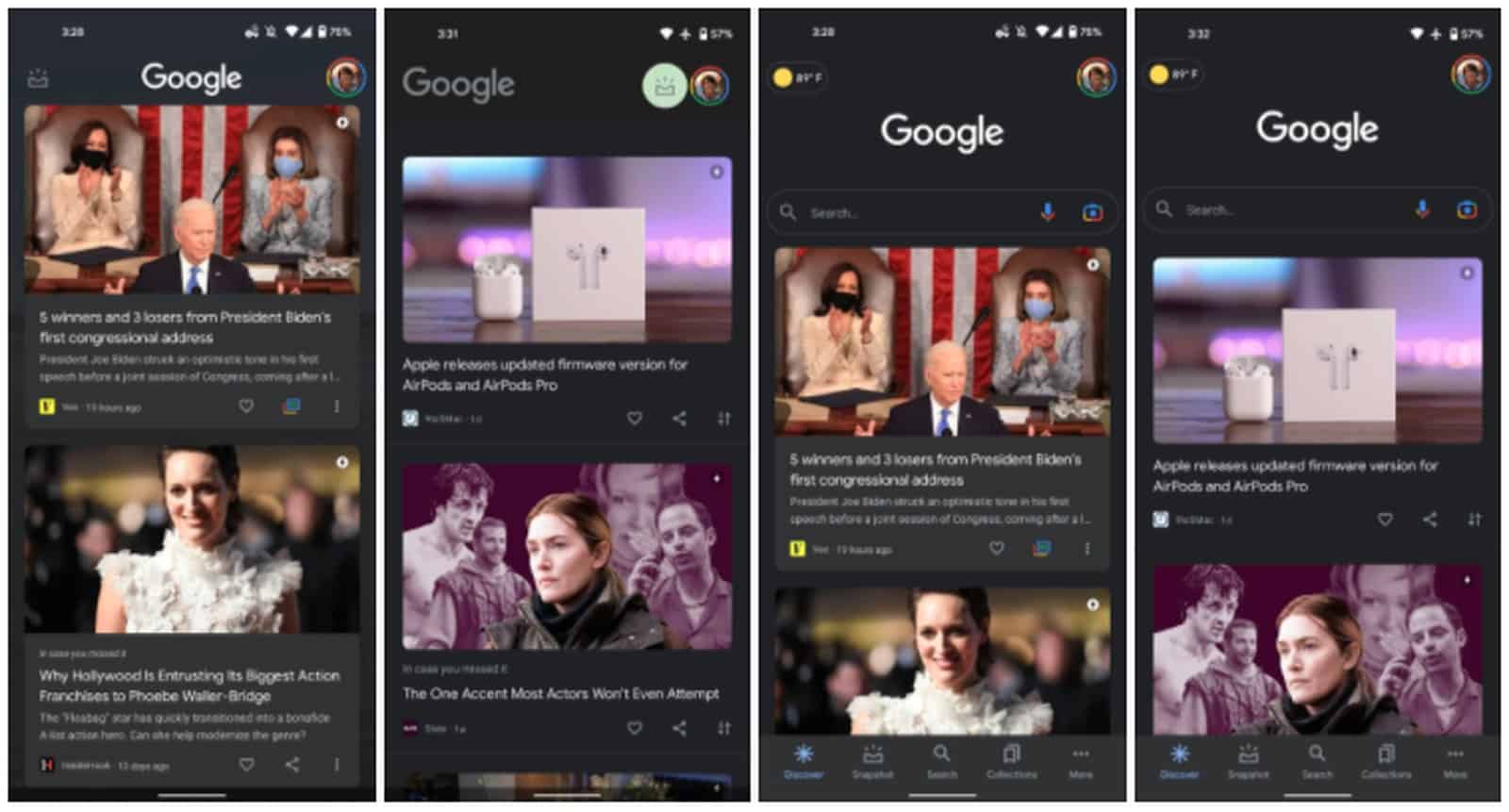 This is a change you’ll either love or hate. The bad thing is, this change basically removes the first sentence from articles, you’ll no longer see it in the main view, you’ll need to click on an article first.

You still get to see the cover image, headline, and publication name / logo, though. It’s not a major change, but some people will definitely miss that first sentence, and some would probably say that the previous design looked a bit better, but it’s all a matter of preference.

Another thing you’ll notice is that the overflow menu in the bottom-right corner has a new icon. Alongside it, you also get ‘share’ and ‘heart’ buttons.

Do note that the new design will be visible both from the Google app, and the feed to the left of most Android homescreens, depending on your devices / launcher.

We’re still not sure when will this design hit Android 11, and previous versions of Android

We do not know when will this new design land on Android 11 and previous versions of Android, but it’s probably coming soon. Perhaps Google is using Android 12 in order to further test this, before it releases it to a stable build of Android.

If that’s the case, it all depends on whether they find issues or not. Chances are that the new design will start rolling out to, at least, Android 11 in the near future.