According to a new report by DSCC (Display Supply Chain Consultants), LTPO displays will overtake LTPS panels by 2023, in the US. The information has been shared by Ross Young, via Twitter.

Based on the information shared by the analyst, Apple will play a huge part in that happening. The upcoming Apple iPhone 13 smartphones are tipped to include LTPO panels. They will also bring high refresh rates to Apple’s devices. 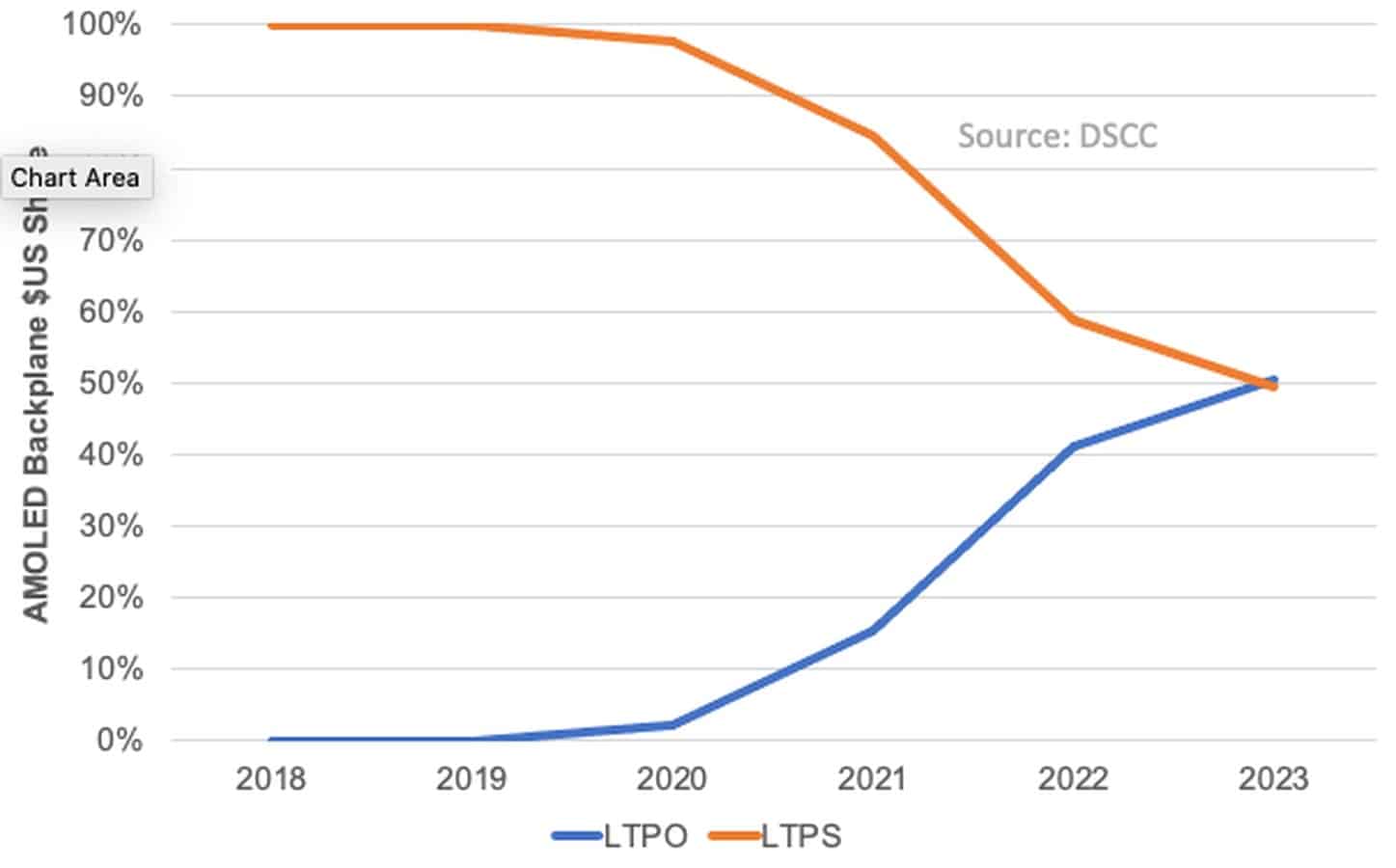 LTPO displays expected to overtake LTPS ones by 2023, with some help from Apple

Apple’s adoption of LTPO displays won’t immediately make such panels overtake LTPS displays in the US, but it will help quite a bit. The projections are saying it will happen by 2023, but we’ll see.

LTPO AMOLED displays can lower display refresh rate all the way to 1Hz. You can imagine how important that is for 120Hz displays. High refresh rates can be extremely battery-draining, so… there you go.

There are several smartphones that utilize LTPO displays now, the Galaxy S21 Ultra is definitely the most notable of them all. The OnePlus 9 Pro, which launched recently, also includes such a panel.

Android flagships, and even mid-range phones, have been using high refresh rate displays for quite some time now. LTPO panels arrived a while back, while Apple’s iPhones are still on 60Hz panels.

The entire iPhone 12 lineups that Apple released last year uses 60Hz displays. That fact did not sit well with some people, though most Apple users really don’t care. They will feel this upcoming change, though.

The difference between 120Hz ProMotion displays, and 60Hz panels that Apple is using at the moment, will probably be quite significant. 120Hz refresh rate is noticeable during usage, as scrolling becomes much smoother, the same goes for gaming, etc.