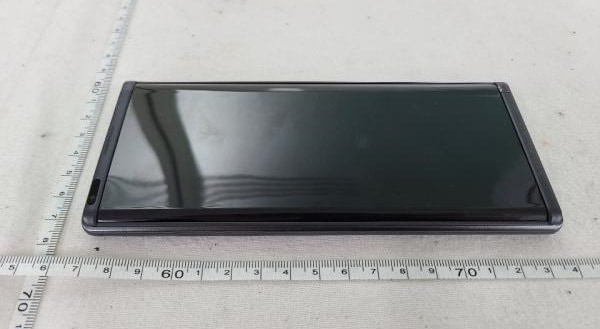 As most of you know by now, LG Mobile is shutting down. LG Electronics did not find a buyer for the company, and has decided to cut its losses. The LG Rollable, the company’s first rollable smartphone, was really close to launch before it was cancelled.

The LG Rollable was one of the most interesting smartphones to launch in 2021. OPPO already announced the OPPO X 2021, its very first rollable smartphone. That is a concept phone, though, and it won’t become available anytime soon.

The LG Rollable was supposed to be the first commercially available rollable smartphone. That device will never see the light of day, but it was really close to being launched. Not long ago, we got a confirmation of its name via a certification website.

Now, the phone was spotted on the NFC Forum, the LG R910VM. That listing dates back to January 5, while the phone’s launch was still viable, but it’s only now making the rounds. It was supposed to be launched in March.

The phone’s images also appeared online quite recently, while the device also popped up on the Bluetooth SIG website not long ago. All of that is in vain, as the phone won’t be making its debut.

Both the LG Rollable and LG V70 got cancelled due to LG’s decision to shut down its mobile unit. LG Mobile has been marking operating profits ever since 2015, so LG Electronics had very little choice.

LG was trying to turn things around ever since 2015

The company was trying to turn things around for the last 5-6 years, but it failed. A lot of competition managed to push out LG from the fold, and the company never made it back.

LG did make its fair share of mistakes along the way, though. The company’s mark on the mobile industry will never be forgotten, and it’s a real shame we didn’t get to see its first rollable smartphone hit the market.