Just ahead of its launch on April 14th, Sony‘s upcoming flagship smartphone, the Xperia 1 III has been subject to yet another major leak. And the latest leak reveals pretty much everything we need to know about the phone.

Japanese publication Android Next has got hold of the entire spec sheet of the upcoming Sony flagship just about 24 hours before the official introduction. The Xperia 1 III reportedly features a 6.5-inch 4K display with a 120Hz refresh rate and a 240Hz touch sampling rate. This is apparently the world’s first smartphone to support 4K resolution at 120Hz.

Under the hood is the Snapdragon 888 SoC, of course, paired with 12GB of RAM and 256GB of storage. The device may also come in other memory configurations tough, depending on the market. It does support a MicroSD card for expandable storage.

The Sony Xperia 1 III runs Android 11 out of the box and features Bluetooth 5.2. The device is fueled by a 4,500mAh battery that supports wireless charging. However, we don’t have details about both wired and wireless charging speeds. The handset has a dimension of 165 x 71 x 8.2mm and weighs 188 grams.

Coming to the most important part, i.e. the cameras, there seemingly aren’t any major changes from the Xperia 1 II as far as the hardware part is concerned. So you’re still getting a 12.2-megapixel sensor for all the rear-facing cameras – main shooter, ultrawide camera, and the zoom camera. There’s also a 3D ToF (time of flight) sensor. The front-facing camera is an 8-megapixel sensor.

Contrary to some earlier rumors, the Sony Xperia 1 II doesn’t get a periscope zoom camera, or at least there’s no square-ish lens that is characteristic of a periscope camera. However, according to the source, the telephoto zoom camera is a varifocal lens, i.e. it allows shooting with two focal lengths – 70mm and 105mm – enabling further zoom distances. This is a major improvement from the Xperia 1 II. The telephoto lens on the new device is also equipped with a Dual PD sensor.

In case you were wondering how detailed some of these leaked specs are, the publication claims accuracy of these specs at least in “a certain carrier version of Japan”. So we are probably looking at genuine information here. Not much to go before things go official though.

As said before, the Sony Xperia 1 III has been subject to multiple leaks over the past couple of months. And just ahead of launch, the latest leak gives us another look at the phone. The renders are very blurry but still recognizable. The device is nearly identical to the Xperia 1 II, except that camera positions have been moved.

The publication claims that the new phone features unexpectedly wide display bezels, which is not very encouraging to hear. There also appears to be a punch-hole cutout at the front, something no rumor or leak had claimed of before. However, the renders are too low-res to confirm that. The source isn’t very confident about this bit, so we’ll have to wait until Sony officially unveils the phone. The Japanese company’s launch event is less than 24 hours away now. Stay tuned as we bring all the biggest happening from the event. 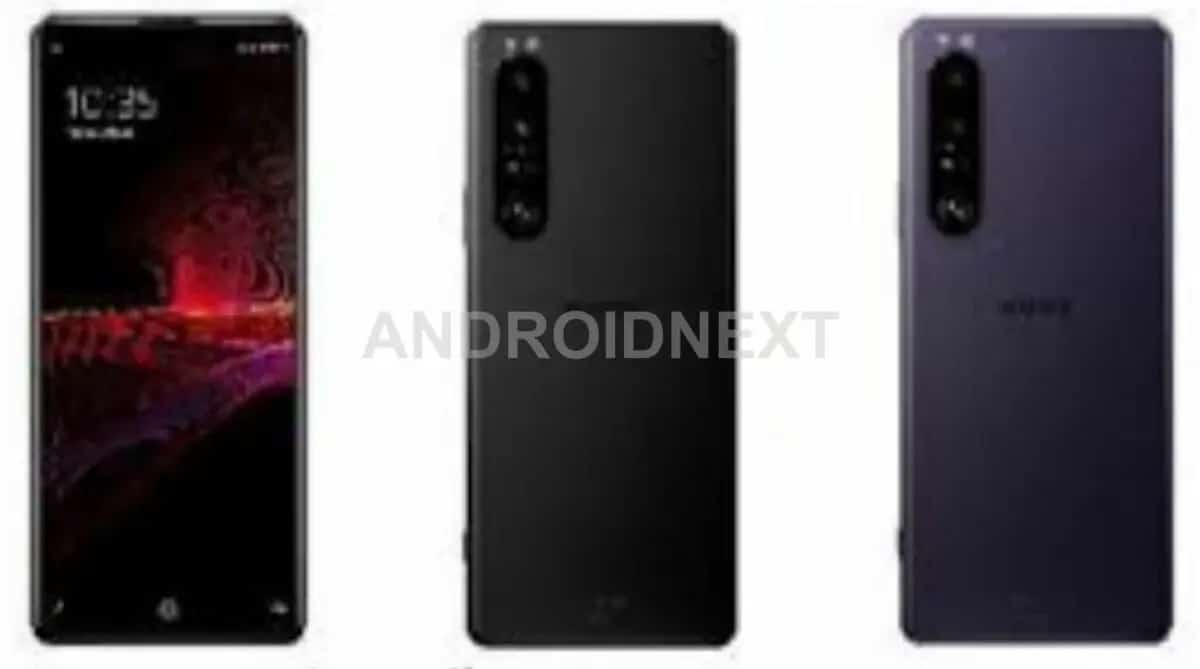