Google recently released a full-blown clipboard feature for Chrome and now it’s going to release one for Chrome’s tab history. That’s based on recent reports detailing the feature as it currently exists in beta in the browser on all platforms.

What exactly does this do and how would it work?

Now, Google’s Chrome clipboard feature was recently released to save a list of items that have recently been copied or cut for pasting and that’s a lot like how the new tab history feature will work. But, instead of saving the most recent five copied or cut pictures, text, or link, it saves closed tabs. Presumably, only the recently closed tabs in a non-incognito window.

That way, if users accidentally close a tab or simply forgot the URL for a recent tab, they can recover it. Or, at the very least, recover it more easily than with the previously-used keyboard shortcut.

Google has tucked the clipboard in the same UI as the recently launched tab search feature too. So it’s easy enough to find. On any desktop platform, users simply need to press and hold “CTRL” or “CMD” while also pressing “Shift” and then the ‘A’ key. Or by pressing the down-arrow icon in the upper-right-hand corner of the UI. That’s located between the tab bar and the minimize and close icons.

The list in its current state shows open tabs and a search bar. With the change in place, the “recent tabs” are located below in their own segment. As shown in the image below.

When is this Chrome tab history clipboard coming?

The change in code and the new feature are for the time being tucked away on the Canary Channel for Chrome and Chrome OS. Specifically, version 91.0.4472.0. Since Chrome 90 is only just now rolling out and Chrome OS 90 won’t roll out until April 20, it likely won’t be appearing in Stable any time soon.

At the earliest, the new Chrome tab history clipboard could land with Stable version 91. But that doesn’t seem likely, despite launching on May 25 for desktop and Android or June 1 for Chromebooks. The feature freeze for those versions was back in late March. So the most likely launch will be with Chrome 92 in late July. 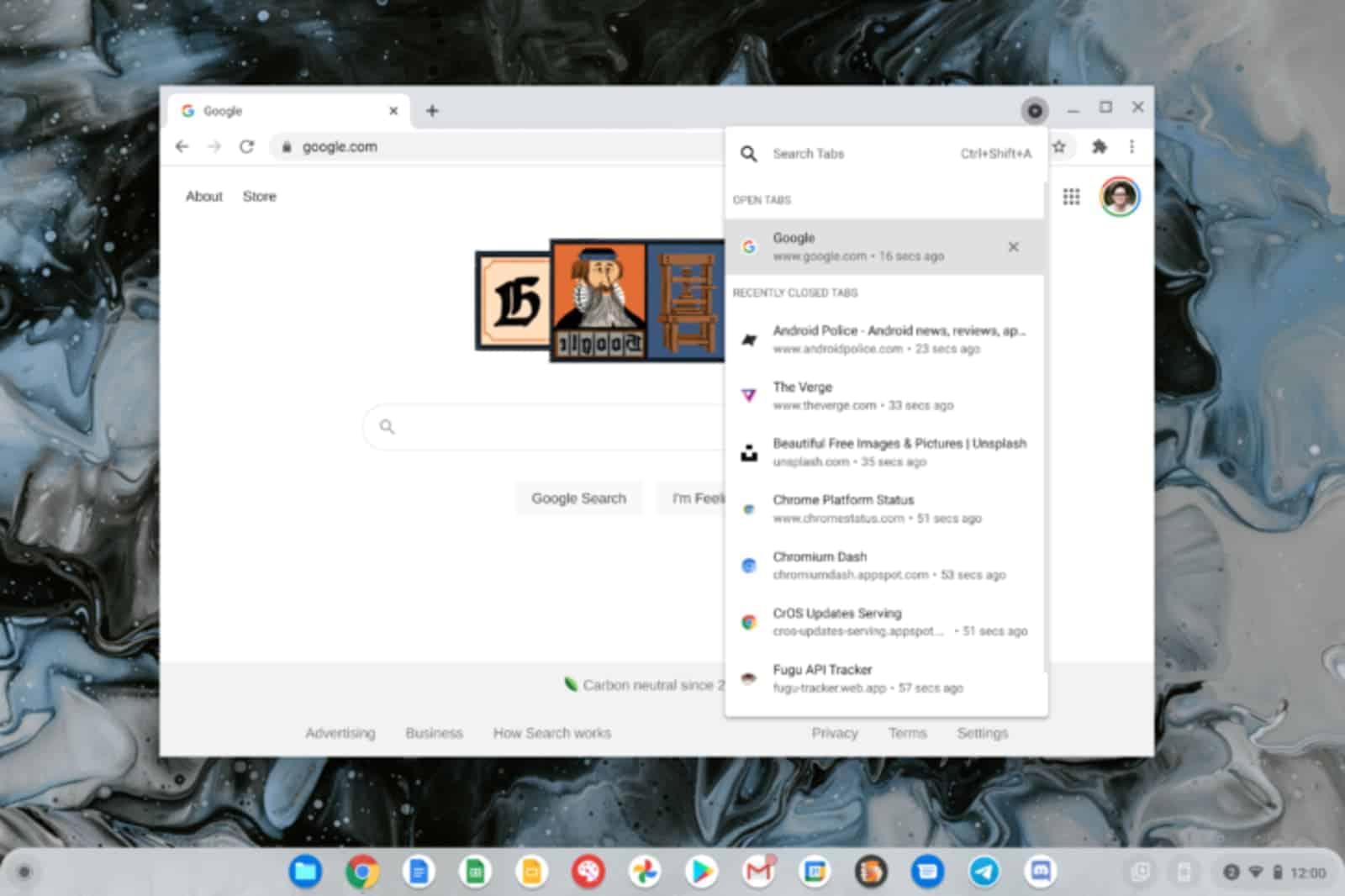