Google is integrating its AI-driven Lens more deeply into Pixel-branded phones, specifically in the screenshots tool, reports indicate. More directly, some users are now reporting a new option after they’ve taken a screenshot on their Google Pixel smartphone. That allows users to “Translate” any foreign language text that’s captured.

The new option appears on the far-right-hand side of the screenshot UI. Google gave the feature a Google Assistant icon. That indicates that text translated in screenshots will be read and displayed by Lens. A tap on that icon, conversely, translates all translatable text in the shot via the AI. It also presents users with options to copy the text, share the translation, or open the Google Translate service.

Where can you find the new screenshots feature appearing for Google Pixel smartphones?

Now, this is apparently being released as part of an update to Google’s Device Personalization Services. Or, at the very least, it made its first appearance around the same time as an update for that service. So not every user will be seeing it just yet, since it appears dependent on that update.

Moreover, the change will only reportedly work with Pixel-branded handsets. And those need to be running Android 11 or newer too. Although that won’t be a problem for future Pixels.

For those who do meet the requirements, there’s nothing to be done to gain access. That’s summarily limited to owners of the Google Pixel 2 or newer. But simply snapping a screenshot will bring the Translate feature forward.

Will this come to other Android phones?

As of this writing, as noted above, translation of screenshots via Google Lens only presently works with Pixel phones. But that doesn’t mean it will stay that way. While useful, the ability to translate text in a screenshot is not something many users are going to take advantage of. At least not very often. The audience on Pixel smartphones, in particular, is already only a small portion of the overall Android user base.

There also don’t appear to be any Pixel-specific hardware requirements. So Google could feasibly roll this out to other brands and models in the future. 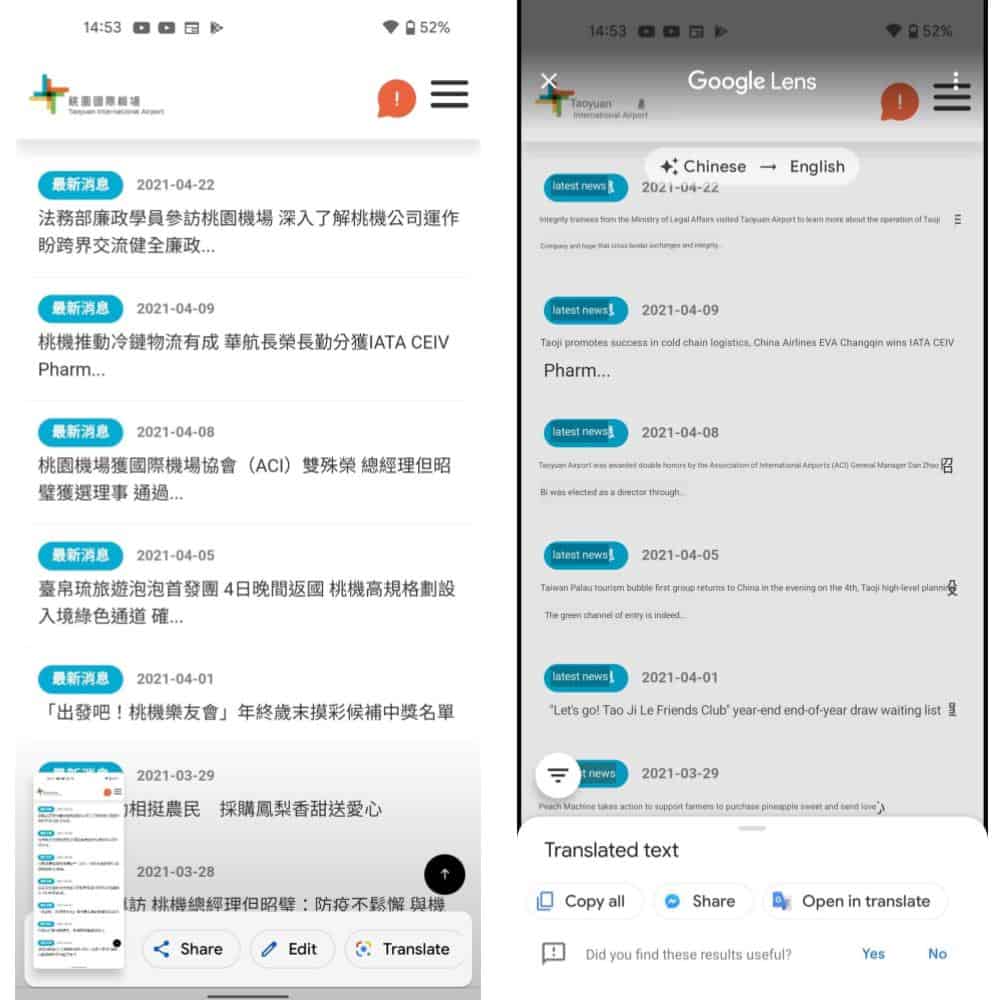