Google will reportedly soon let external keyboards attached to Chromebooks set at least one more custom shortcut key. That’s based on a recent report from Chrome Story, which first noticed the change today.

Shared via screen capture and activated via an experimental flag, the change lets an “External Meta” key be customized.

What does this do and could this lead to other changes for external keyboards?

Like other custom keyboard shortcuts, the change does exactly what it says. Namely, it lets users set the ‘meta’ key on external keyboards to do something different on linked Chromebooks. So, for example, users could potentially set the Windows key on an external Microsoft keyboard to launch Google Assistant. Or the Command key on a Mac keyboard.

Or users could set the key to doing any number of other things.

For example, on Chromebooks, the “Launcher” key — denoted by a magnifying glass icon — is typically tied to launching the launcher and subsequently, Google Assistant. But on Windows and other computers, that key is designated for Caps Lock. So users could potentially set the Caps Lock key to utilize the launcher and the ‘meta’ key for Caps Lock. Or vice versa. Or, as noted already, any number of system-level things.

In effect, this adds just one more key for users to customize for a better keyboard experience.

How is this activated?

The only problem is, of course, that this is only available as an experimental flag. And it doesn’t appear to be widespread just yet either. Not even in the beta Channels where it was spotted with Chrome OS 91. Where it is available, the flag is labeled “Enable shortcut customization app” and disabled by default.

So it could still be quite a ways out from landing on the Stable Channel at this point. What’s more, this could do a lot more than is suggested by reports since the code refers to a “customization app.” But it’s difficult to say for certain until more code is discovered or Google launches the feature. 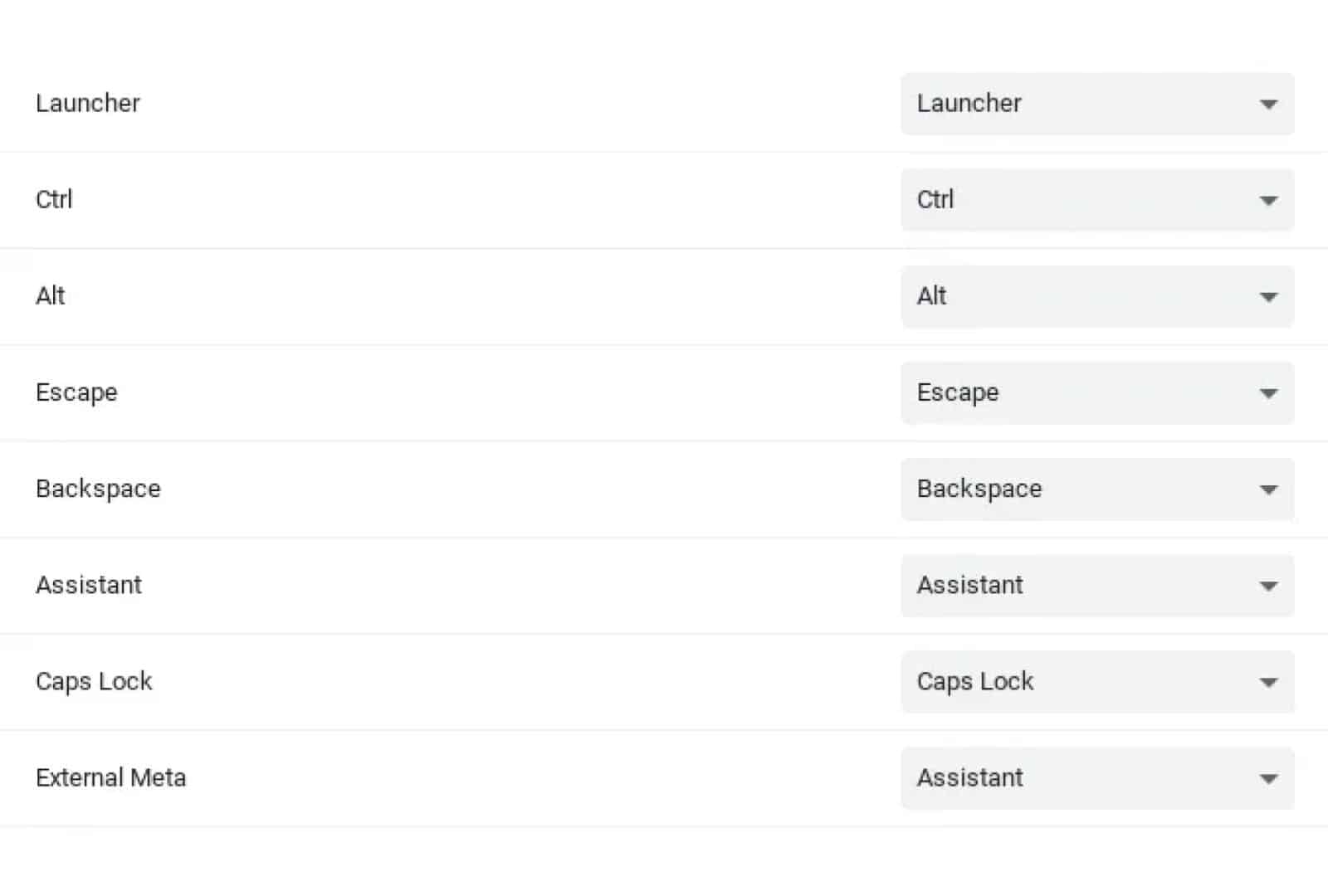