The global tablet market is showing signs of recovery, as it grew by 55.2% YoY

Based on the provided numbers, Apple is still leading the pack, as expected. The company managed to sell 12.7 million tablets in Q1 2021, and grabbed 31.7-percent of the market. That is a 64.3-percent growth compared to the same period last year. 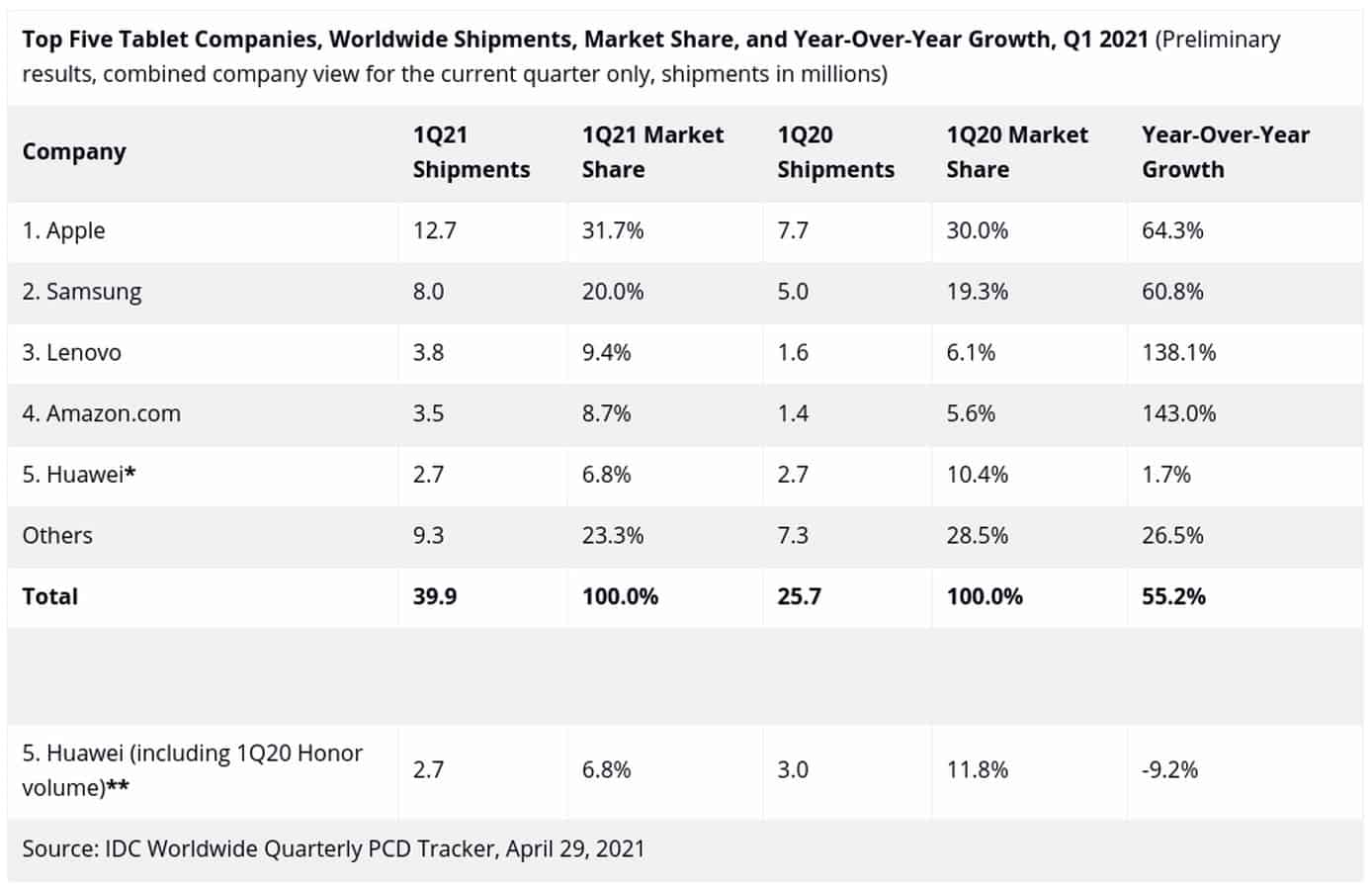 Samsung is second-placed with 8 million tablets sold. The company grabbed 20-percent of the market, and has seen a 60.8-percent growth YoY. So, Apple and Samsung are holding more than half of the world’s tablet market, which is quite impressive.

Lenovo is third-placed on the list, as the company sold 3.8 million tablets. It grabbed 9.4-percent of the market, and it grew by 138.1-percent compared to Q1 2020. Amazon is right behind Lenovo, with great growth as well.

Amazon sold 3.5 million tablets, and managed to get ahold of 6.8-percent of 8.7-percent of the market. The company grew even more than Lenovo, as it marked a 143-percent growth YoY.

This is a considerable improvement, though the pandemic surely had something to do with it. People have been staying at home quite a bit in the last year or so, and many of them probably got a tablet because they needed a larger display. This is just a wild guess, but the pandemic probably helped tablet sales.

It will be interesting how will things look moving forward, and how will the numbers look for 2021 in general. It’s nice to see that the tablet market is improving, though, that’s for sure.