Samsung launched the Galaxy S21 series at a cheaper price than last year’s models. The entire lineup saw a $200 price drop this year. Of course, it’s not rocket science that the company has also managed to reduce the manufacturing cost this time around. But how much? Well, a recent bill of materials (BoM) analysis by Counterpoint Research shows that the new phones are up to 13 percent cheaper to manufacture than their predecessors.

The Galaxy S21 and S21+ are more cost-oriented than the Galaxy S21 Ultra, the report says. These devices pack display panels of lower resolution and don’t include a ToF (Time-of-Flight) camera. The Galaxy S21+ also gets a lesser amount of RAM as compared to the Galaxy S20+. As such, the BoM cost of the two more affordable Galaxy S21 phones dropped by 12 to 13 percent from the Galaxy S20 and S20+ last year.

The Galaxy S21 Ultra, on the other hand, doesn’t make such compromises. It offers an industry-leading display and camera setup and also includes support for S Pen. The result is that it costs only around 7 percent less to manufacture than a comparable Galaxy S20 Ultra variant.

A 128GB Galaxy S21 Ultra smartphone with mmWave 5G support cost Samsung up to $533 to make, the report says. The Korean company apparently included only two mmWave antenna modules inside this phone though. Last year’s model featured three such antennas. This, coupled with lesser in-box accessories, helped Samsung reduce the manufacturing cost, although the cost of connectivity components increased slightly due to UWB and S Pen support. 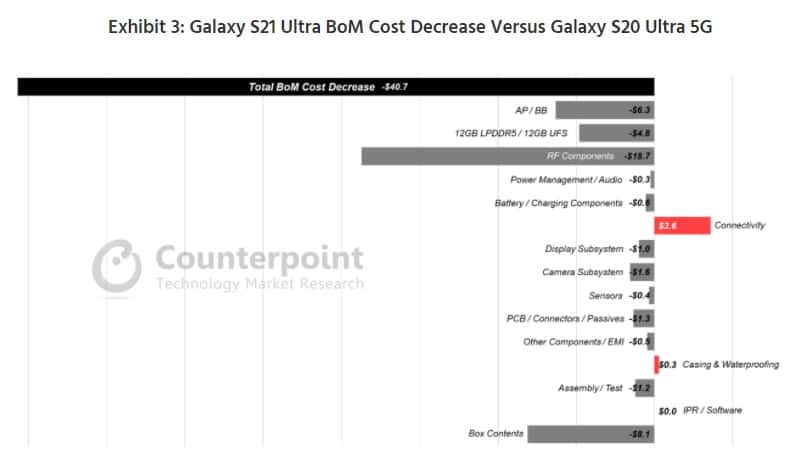 As such, the new phones sold in much higher numbers than last year’s models during their first few weeks in the market. Improved performance of the Exynos 2100 SoC also helped, Counterpoint says. 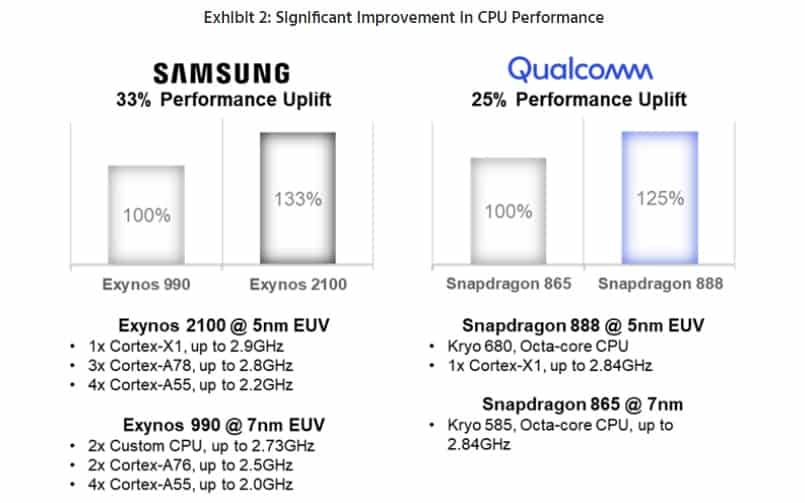