Future Samsung foldables may ship with health monitoring hardware. Samsung did patent something of the sort a while back, and may be thinking of including it in its upcoming foldable devices.

Samsung may include health rate monitoring hardware on its future foldables

The company was granted a new patent quite recently, which shows a foldable device with health sensors for blood pressure monitoring. Now, the provided sketches do seem to be a bit old, even though the patent has been granted quite recently. 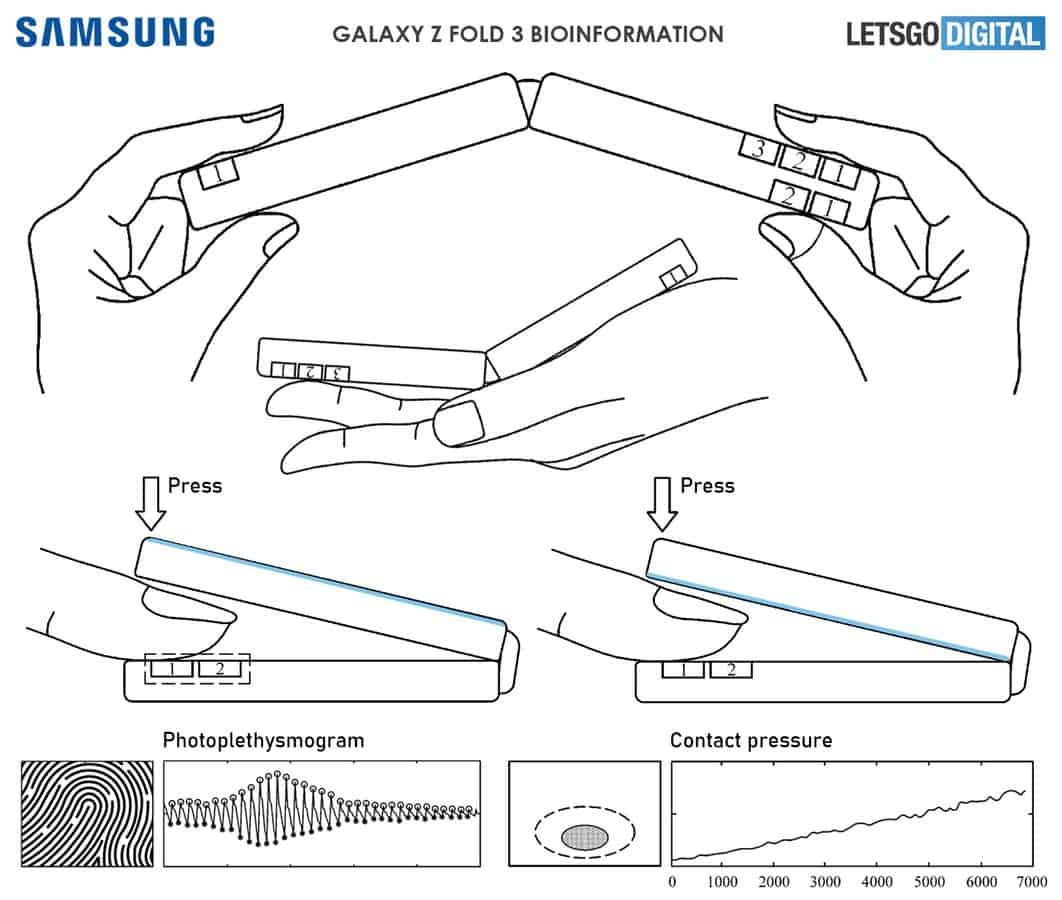 This patent surfaced over at USPTO and WIPO, and it does not guarantee that such sensors will be included on the company’s future foldable devices. As most of you know, companies do patent all sorts of tech that never makes it to devices.

Samsung may do this at some point, though, we’ll just have to wait and see. Samsung is no stranger to including similar technology to its phones, as some of its devices do feature heart rate sensors.

In fact, Samsung has been looking into the possibility of including health monitoring hardware in its foldable smartphones for a while now. It is either planning to do it in the future, or has completely given up on the idea, only time will tell.

Having such technology in a smartphone could be useful, but it would raise the price of already expensive foldable smartphones. On top of that, the vast majority of people probably wouldn’t even use it.

Such hardware mainly belongs on fitness-oriented wearables. Those could be the reasons why Samsung may have given up on the idea of including them. It may include them at some point down the road. This may happen when price tags of foldable devices drop significantly, or something of the sort.

Based on the provided information, such sensors were supposed to sit below the display. Blood pressure monitoring would be their main purpose, but they would provide all sorts of additional information, based on that, it seems, as shown in the image below. 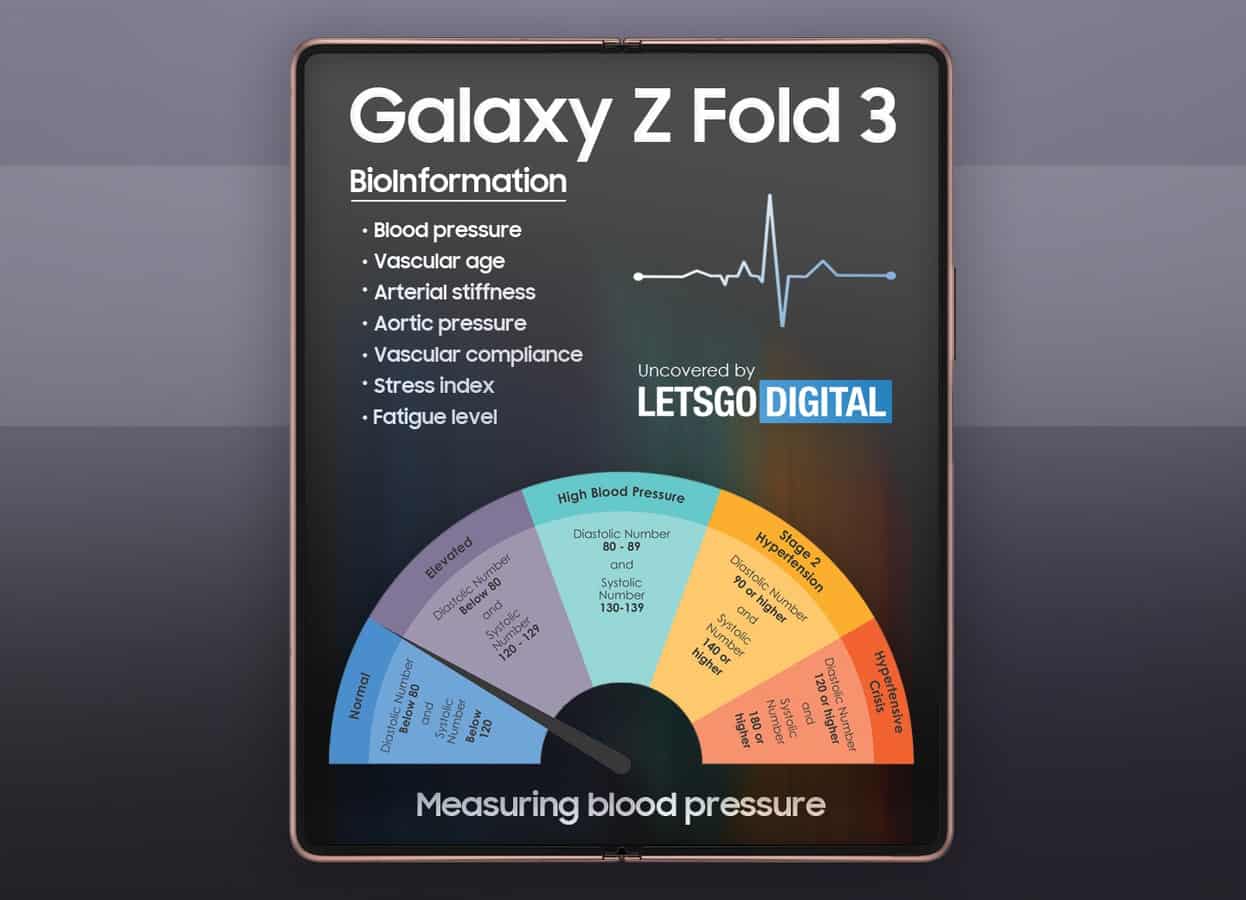