The ZTE Axon 30 Ultra is right around the corner, as it’s about to become ZTE’s next flagship smartphone. Evan Blass, a well-known tipster, just gave us the very first look at the ZTE Axon 30 Ultra, by sharing some renders, and information to accompany them.

As you can see, the phone will look up to today’s standards for flagships. You can expect it to feature a metal + glass build, along with a curved display. Display bezels will be extremely thin, and a centered display camera hole will also be a part of the package.

The phone will include a rather large camera island on the back. It will consist out of four cameras, three 64-megapixel units, and a single 8-megapixel camera. That 8-megapixel module will be a telephoto camera with 5x optical zoom. There are still no details regarding its 64-megapixel units.

What you will notice when you look at this design is that it lacks the Axon 20’s main feature, an under-display camera. That camera wasn’t exactly great on the Axon 20, but it was an interesting feature, and it made the phone stand out.

ZTE probably couldn’t offer the level of quality for selfie images it wanted, and decided to scrap the idea when making this phone. That’s a shame, on one hand, on the other, it makes sense.

It will include a 144Hz AMOLED display, 66W charging & more

The phone will be only 8mm thick, claims the source, while it will feature a 6.67-inch curved AMOLED display. That display will offer a refresh rate of 144Hz, by the way.

A 4,600mAh battery was also mentioned by Evan Blass, along with 66W fast wired charging. Wireless charging was not mentioned, but it’s possible that the device will include it.

You can check out the renders in an image down below, and you’ll be able to see all the color variants that will launch it seems. We’re not sure, but it seems like the brown model could offer a different build material. It could combine metal and vegan leather. All the others are made out of metal and glass. 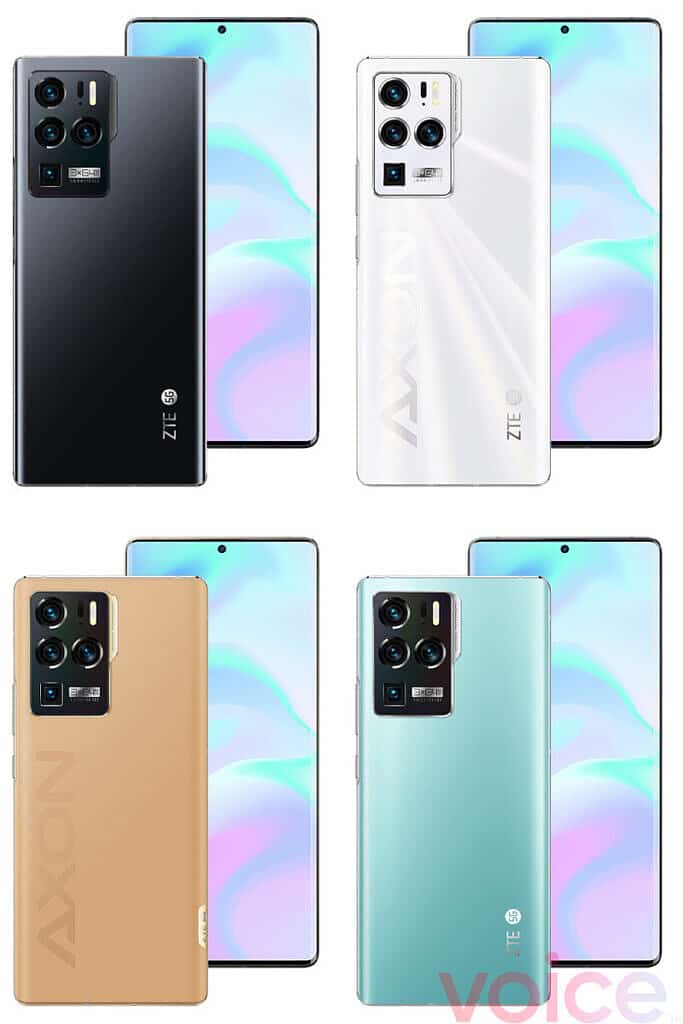