The Google Pixel Watch is coming, and Jon Prosser made sure we get a first look at it. The tipster shared an image of the Pixel Watch, though he says this is just a teaser for a far larger leak of the smartwatch.

Tipster gives us a first look at the Google Pixel Watch

If you take a look at the image below, you’ll see what he leaked. This image is not saying much, but it does reveal some details. You’ll notice that the watch is round, based on this image, well, at least it seems like it. 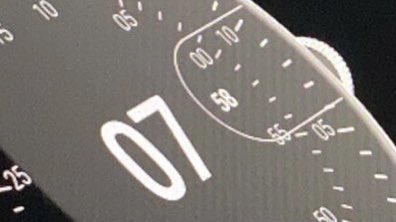 Its bezels seem to be rather thin as well, while a button is placed on the right-hand side of the watch. This could be a rotating crown / physical button, actually, but we’ll have to wait and see.

That’s pretty much everything we can discern from this image. The tipster did say that more images and videos are coming, though. He seemingly already has those, but is choosing not to post them, for now.

More images and videos are coming

He could decide to share those images / videos at any point, and probably will soon. So, all we have to do at this point is wait. What seems quite obvious at this point is that the Pixel Watch will launch this year.

When? Well, that’s still a mystery. It could be announced during Google I/O 2021, or during the Pixel phone launch later this year. Google announced that Google I/O 2021 will take place towards the end of May.

Google I/O is usually heavily software-focused, and chances are that we won’t see this watch launch there. It may launch alongside the Pixel 5a or the Pixel 6 series later this year. Chances are it will be the latter, though.

The Google Pixel watch will ship with Wear OS, Google’s very own OS for wearables. This will be Google’s very first smartwatch, so it will be interesting to see what will the company deliver.