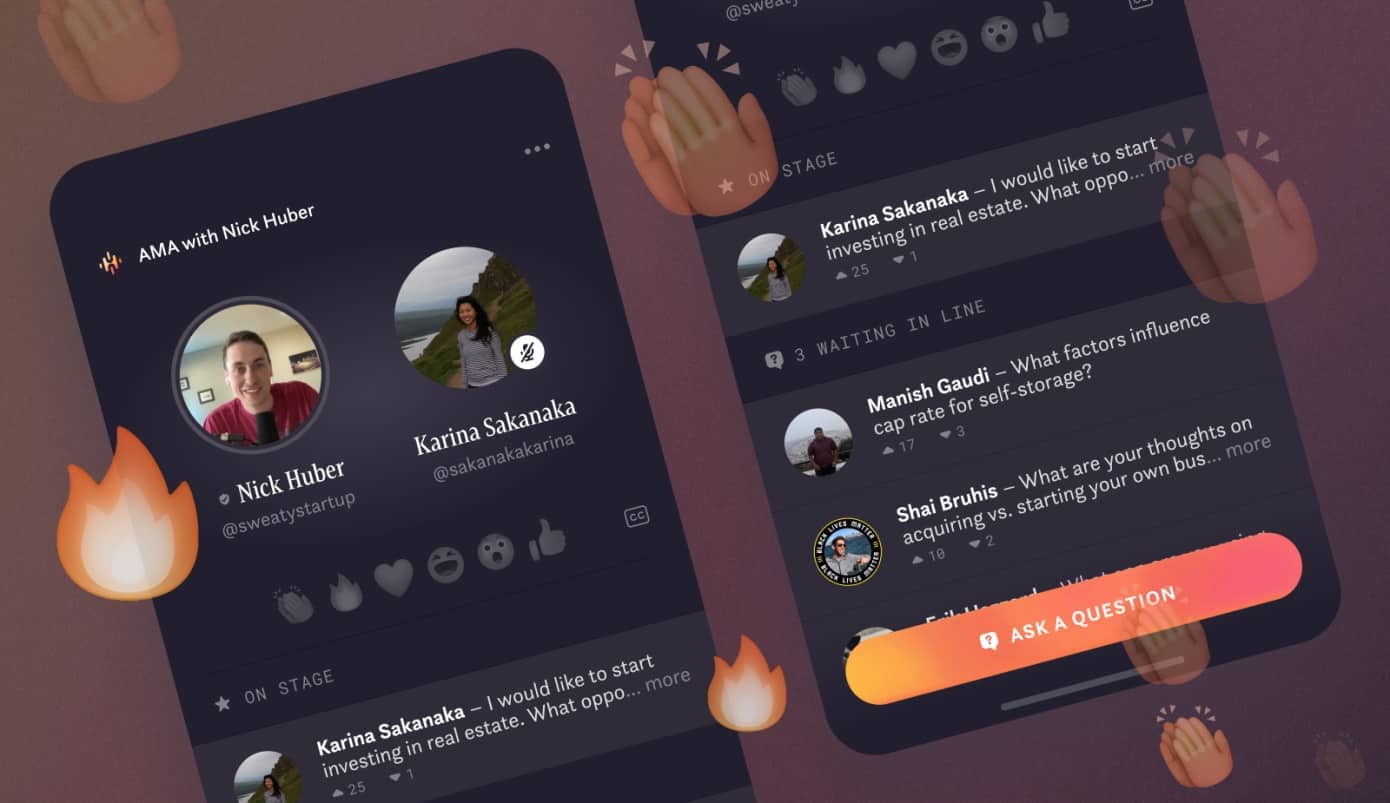 Facebook has a new live Q&A app called Hotline, where creators can speak to an audience and take questions from them. The audience can ask questions through either text or audio. As reported by TechCrunch, the new platform is a kind of mashup of audio chat app Clubhouse and Instagram Live. Like the former, it allows audio-based public conversations and like the latter, creators can turn their cameras on.

Hotline is still in its early testing phase though. Real estate investor Nick Huber is the first to publicly try out the product. A website for the service is also live in the US, but it currently features only a waitlist and a tool for applying to host your own show. The website allows sign-ins via Twitter and requires users to verify their identity via SMS. According to the report, Facebook is also working on mobile versions of the app, though there’s no launch timeframe available as yet.

Facebook could be targeting Clubhouse with its new Hotline app

The mouth-watering growth of audio chat Clubhouse has made several social media biggies try and develop their own similar products. Twitter has already made significant progress with its Spaces platform, even seemingly beating Clubhouse to Android launch. Facebook is also reportedly building its own Clubhouse competitor within its existing video chat platform Messenger Rooms.

In the meantime, this newly-announced product Hotline follows Clubhouse’s track as well. Not only the app serves a similar purpose, it reportedly takes inspiration in terms of design as well. According to the report, Hotline’s interface on mobile will feature a speaker section on the top, with a list of listeners at the bottom.

The listeners’ section will separately list people who are just watching the event and those who are asking questions. Freshly put questions will appear at the top of this section. Users can upvote or downvote the questions accordingly. Creators can take up a question and pull listeners onto the virtual stage for a conversation, with video. Users can respond to the ongoing conversation with emoji reactions.

So while Hotline borrows some ideas from Clubhouse, its overall functioning is a bit different. The app gives more control to hosts, including the ability to remove inappropriate questions or people from the session. Clubhouse, on the other hand, is more open-ended. Moreover, unlike Clubhouse, Hotline also allows the hosts to record the sessions in both audio and video format.

Hotline is currently free for all and there’s no limit on audience size. However, this may change once Facebook completes the initial testing of the app. It’s unclear when the service will launch globally.

Hotline is developed by Facebook’s internal experimental app development division, the NPE Team (New Product Experimentation). The division has launched several experimental products in recent times, including music-making apps like Collab and BARS. The NPE Team is also testing another video app called Super, where you can pay to meet your favorite influencers, have one-on-one conversations, ask questions, and capture selfies in live events.

Eric Hazzard, who joined Facebook when the social media giant acquired his anonymous social media Q&A app tbh in 2017, is leading the development of Hotline. Facebook shut down tbh in 2018 but is putting Hazzard’s expertise in the field to good use at the NPE Team. Tbh did grow in huge popularity in a very short amount of time, reaching 2.5 million daily active users within nine weeks of launch. It will now be interesting to see how the public responds to Facebook’s Hotline. 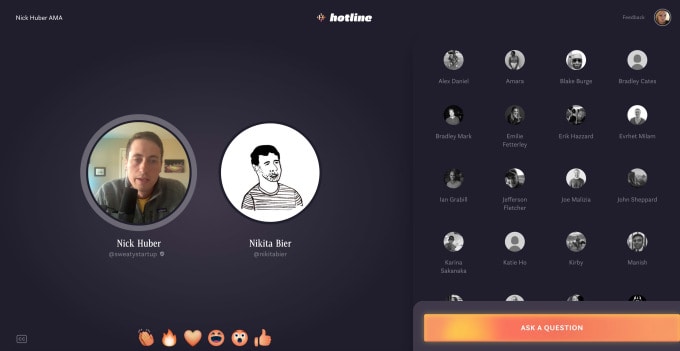