The ASUS ZenFone 8 flagship smartphones will become official on May 12. The company has confirmed that date for its online press event, and we’re expecting three smartphones to arrive.

ASUS will announce three ZenFone 8 flagships on May 12

The company will likely announce the ASUS ZenFone 8, 8 Pro, and 8 Mini. The ZenFone 8 Mini managed to get the most attention recently, as it will be the company’s compact flagship. That is a rarity to see these days.

What’s interesting is that ASUS is using the “Big on Performance. Compact in Size” tagline for this press event. It is clearly teasing the arrival of the ZenFone 8 Mini, which is quite interesting.

All three phones are expected to ship with the Snapdragon 888 SoC. The ZenFone 8 Mini is tipped to feature a 5.92-inch fullHD+ 120Hz display, while it’s codenamed “SAKE”.

The phone’s Geekbench listing revealed that it will arrive with 16GB of RAM and Android 11. A variant with less RAM is also a possibility. A 64-megapixel Sony IMX686 camera was also mentioned, and the same goes for the Sony IMX663 sensor.

On top of everything, this compact flagship will also support 30W fast charging, and this is likely wired charging. We’re not sure if it will support wireless charging.

The ASUS ZenFone 8 was also spotted on Geekbench a while back. The device will arrive with 8GB of RAM and Android 11, according to that listing. We still did not the ZenFone 8 Pro variant.

The company’s press event will kick off at 1 PM EST / 10 AM PST / 7 PM CET on May 12, and chances are ASUS will livestream it via YouTube. The link is not available yet, though. 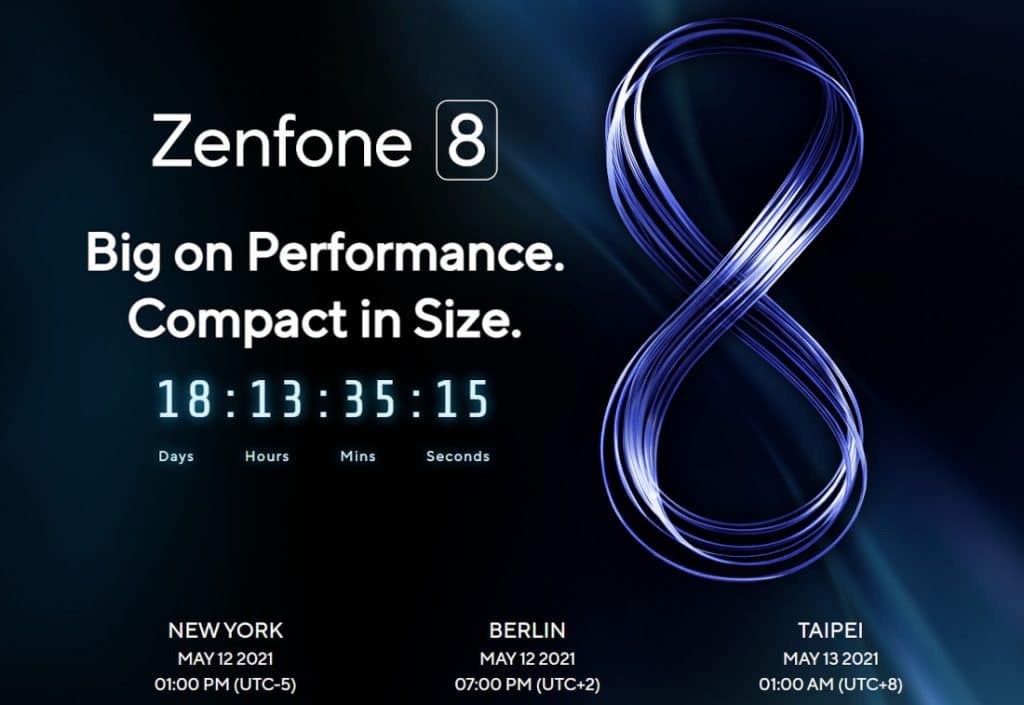