According to the official changelog, this month’s update adds three new studio-like effects in the Portrait camera mode on the Galaxy Tab S7 duo. The new High-Key Mono, Low-Key Mono, and Backdrop effects let you change the background for portrait shots. This feature debuted on the Galaxy S21 series earlier this year. Samsung has brought them to numerous other Galaxy flagships over the past couple of months.

The Galaxy Tab S7 series is fairly late to the April security patch. While it’s technically still the latest Android security maintenance release (SMR), the Korean firm has already started rolling out the May update to its devices. The Galaxy S21 and the Galaxy Z Flip 5G are currently receiving next month’s SMR in multiple markets. Neither Google nor Samsung has yet detailed the contents of the new security patch. Samsung, in fact, has made a habit of releasing the latest Android SMR much before Google could publish the new security bulletin.

Nonetheless, if you own a Galaxy Tab S7 or Tab S7+, be on the lookout for this update in the coming days if you haven’t already received it. The update is currently rolling out in a number of European and Asian countries. Expect the rollout to reach more territories over the next few days.

Both Wi-Fi and cellular versions of the Galaxy Tab S7 are receiving the new update. At 791.81MB (for Galaxy Tab S7+ 5G), it’s a fairly large download over the air (OTA). We recommend you connect your device to a stable Wi-Fi network before downloading the OTA file. 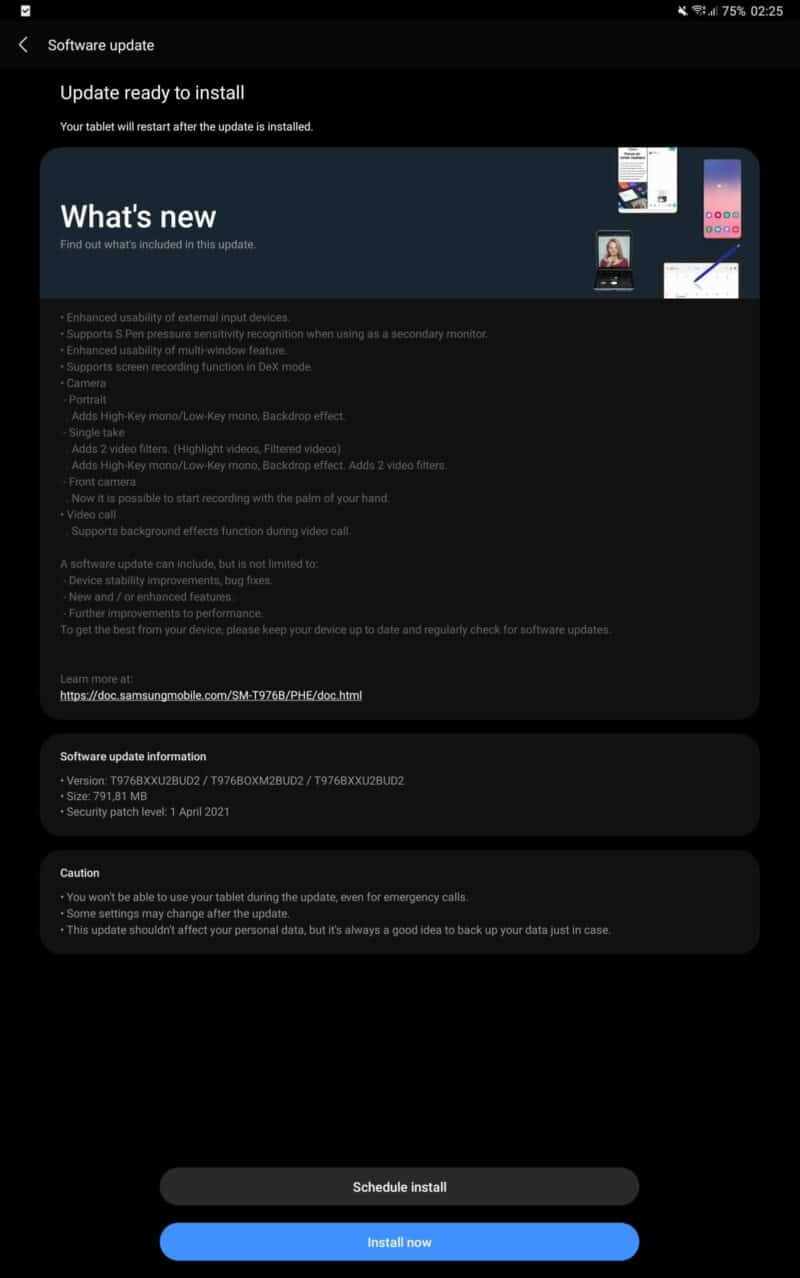