Android 12 will bring another small change to notification cards, it seems. This has been revealed by Android 12 Developer Preview 3 (DP3), and the change has to do with stacked notifications.

Android 12 will usher in a new, small change to notification cards

In Android 12 DP3, the stacked notifications count has been relocated. That count is now in a different place, and it’s also more visible thanks to the oval background that comes in a different color.

If you take a look at the comparison provided below (thanks to Android Police), you’ll see the difference between Android 11 and Android 12 DP3. That stacked notification count did not move much, but the difference is noticeable. 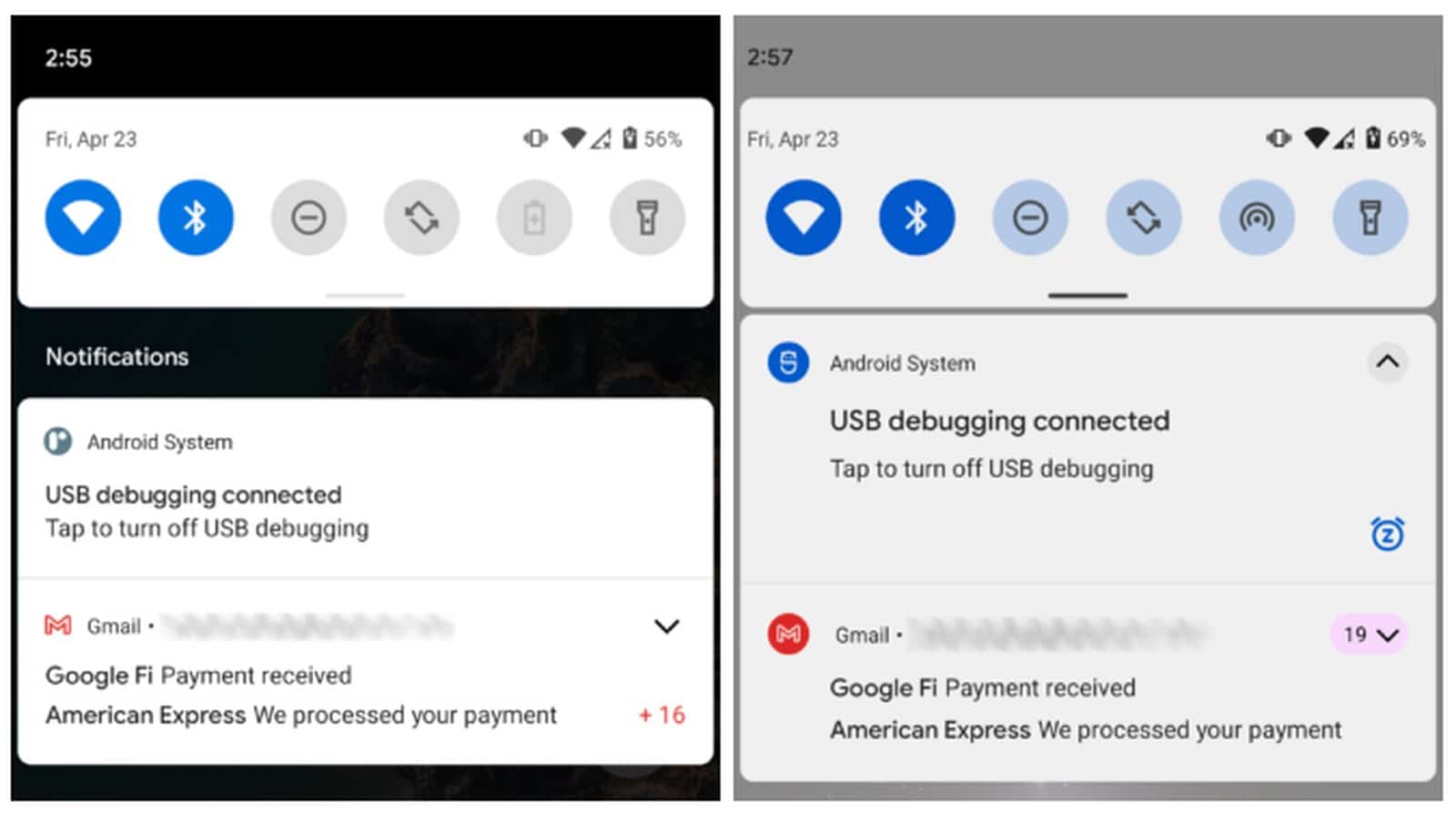 In addition to moving, and getting a visible background, the stacked notifications count now has a small expansion arrow next to it. It signalizes that you can tap on it in order to see the rest of the notifications.

The background color won’t be the same for every app, it seems

In regards to the background color, the source notes that it may be based on the icon for the app it’s showing notifications for. That’s quite interesting, as the one for Gmail is pink, instead of red. We’ll see what happens moving forward, but Google may make some changes before the stable Android 12 build comes knocking.

It’s no longer hidden, it’s now visible and easy to access. Many people didn’t even know that they can snooze notifications from the notification shade (that feature needed to be manually enabled on some phones, before you’re able to use it).

Android 12 will bring a lot of changes to the table. Three developer previews have been released thus far, and they have revealed a lot of information. A couple of Beta builds will follow, and the stable Android 12 software is expected to arrive in August this year.