According to a new report by XDA Developers, Android 12 will automatically hibernate apps you don’t use. The source claims it will do that in order to free up space, first and foremost.

Do note that this change hasn’t been confirmed by Google, but some changes were spotted in the code. App hibernation is suggested by some of those changes. That feature will free up storage space by deleting temporary files from unused apps.

This feature hasn’t made an appearance in any of the two Developer Previews that have been released thus far. The feature is, however, present in the leaked build that XDA Developers managed to get its hands on recently.

The source activated the “Unused apps” section on the “App info” page for every application. It also contains a new “remove permissions and free up space” toggle, as you can see. 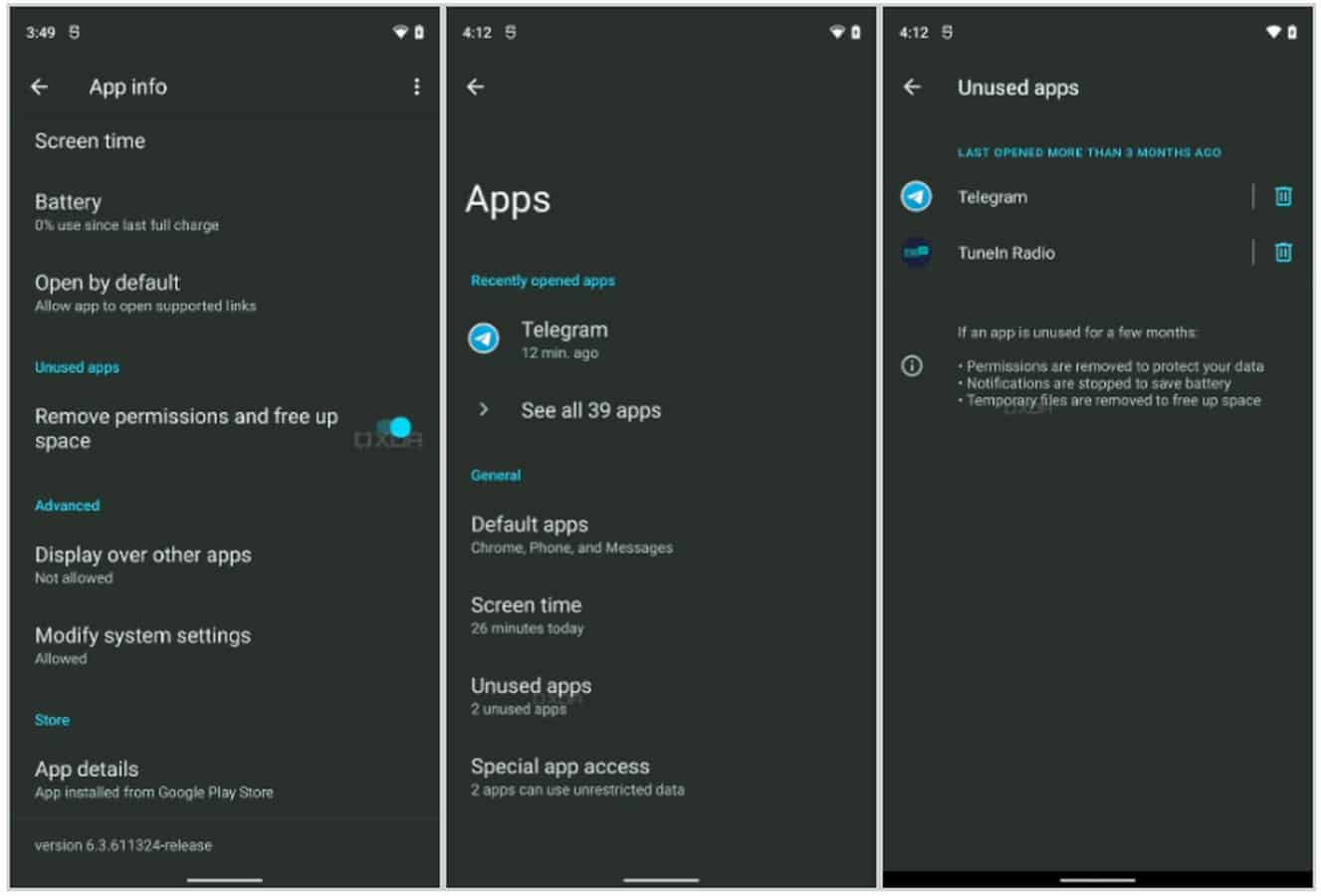 Now, Android 11’s “auto revoke permissions” toggle (it has been renamed to “remove permissions if app isn’t used”) can be found under the “App permissions” subpage of an app’s “App Info” page.

Now, once the source manually hibernated some apps, a brand new “unused apps” page appeared under Settings -> Apps. On this page, you’ll find apps that haven’t been opened in a few months, and thus their permissions have been removed, notifications stopped, and temporary files removed.

Based on the information obtained earlier this year, the app hibernation feature will clear the cache and/or delete compilation artifacts in order to free up storage space. This will not free up a ton of space, but it will help if you don’t have much storage, to begin with.

The app hibernation feature is expected to appear in the Developer Preview 3 or the Beta 1 build, it remains to be seen. It seems like Android 12 will bring quite a few features to the table, this is only the latest one that got discovered.