Skip to content
Advertisement
Trusted By Millions
Independent, Expert Android News You Can Trust, Since 2010
Publishing More Android Than Anyone Else
28
Today
175
This Week
175
This Month
5462
This Year
123011
All Time
Advertisement 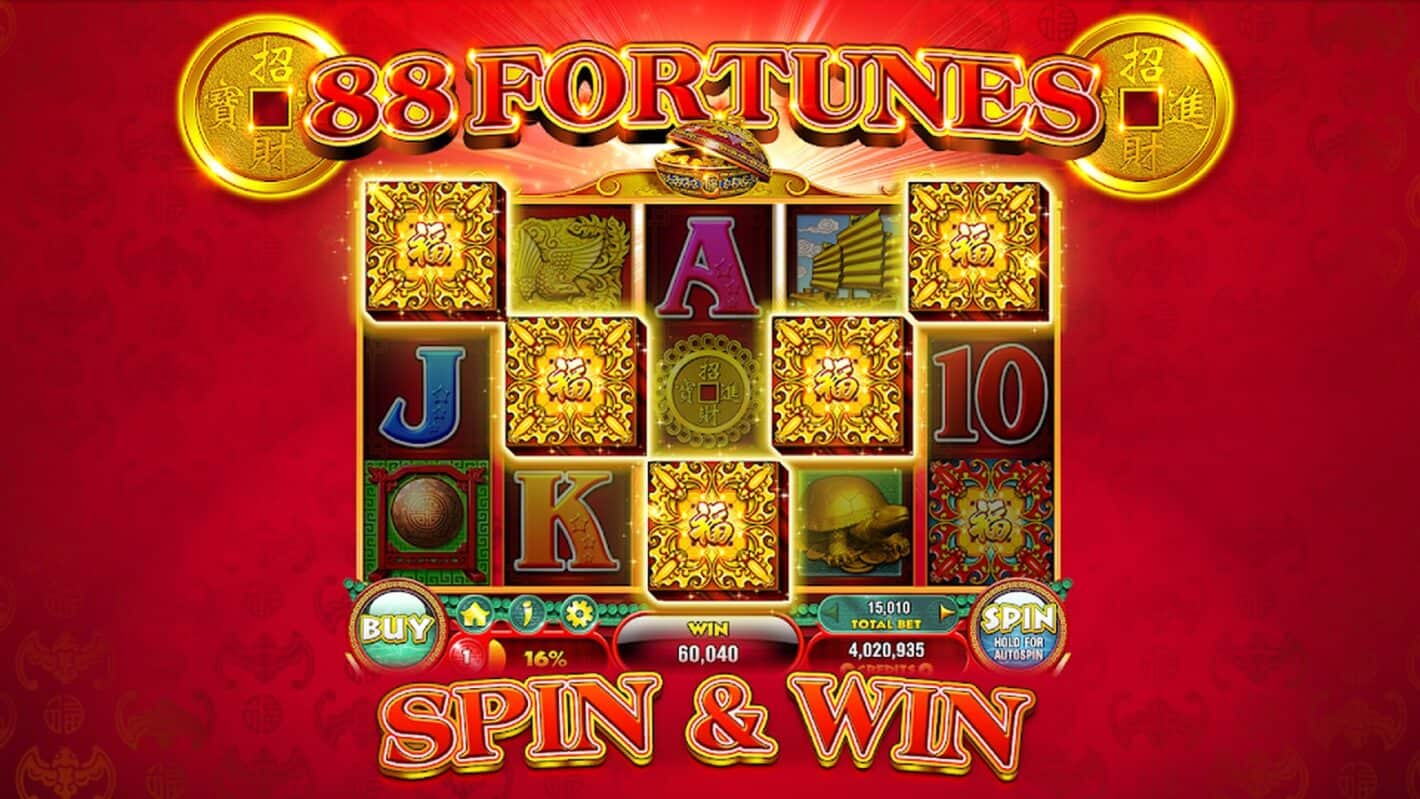 Did you know that mobile gaming is now the largest gaming market? Statistical reports have shown that in 2020, there are more than 2.2 billion mobile gamers worldwide, while more than 72% of mobile phone users are also mobile gamers.

Given that thousands of slot games have been developed in the last few years alone, themed around everything from movies and music, to fantasy realms and sports, we can often be spoilt for choice. However, based on theme variety and overall gameplay, these are 5 of the best and most popular mobile slots currently available to Android users.

The theme of 88 Fortunes is based around Chinese symbology, with red being the prominent color – and as you probably know already – that represents good fortune and success in the Asian country. Gold is also prevalent and especially amongst the key winning icons on the spinning reels, representing wealth and riches, especially when you line them up.

Featuring 5 standard reels with 243 paylines, the simple visual interface is accompanied by a catchy Chinese soundtrack, although keep your ears open for the sound of the gong, as this usually indicates you’ve triggered a winning line or some of the bonus options.

Another game that first appeared as a physical slot in physical casinos, Cleopatra has taken her golden touch to online and mobile casinos with just as much popularity.

The Egyptian theme has become one of the most frequently used in casino gaming, and what better character to use than the Queen of the Nile herself. Players will even be guided by her sultry voice, within role-playing minigames that are triggered by certain icon combinations, bringing with them extra chances of hitting big prizes.

Filled with features that include the bonus game, wild symbols, scatter symbols, prize multipliers, and free spins; Cleopatra Plus is one of the most rewarding slots in terms of overall gameplay and engagement.

Wheel of Fortune On Air

What do you get when you combine a favorite American TV game show with an online slot? That’s right, Mega Jackpots Wheel of Fortune On Air, which launched in 2019.

That famous spinning wheel is featured, along with icons for prizes the TV show presented on the spinning reels. While you might not actually win a speedboat or a sports car playing this vibrant and colorful slot game, you do have plenty of chances to win cash prizes and unlock some great bonus features.

This slot has 5 reels and 20 paylines, and while that may seem limited compared to other games, it’s all about quality over quantity here. There are loads of unique features that can be triggered, including the Mystery Transform icon which always improves your chance to win.

We all know that a supernova is what happens when a star explodes. Well, since the Hypernova Megaways slot game was released at mobile casinos, it really has boomed.

Given the Hypernova name we expect a sci-fi space theme and the designers have certainly delivered there, with visuals and sounds to provide a great atmosphere. But what about the Megaways bit? Well, that’s because this slot has – wait for it – a whopping 117,649 paylines.

Plenty of common slot features are present in this six-reel spinner, including wilds and scatters to boost our chances, although the biggest feature is undoubtedly the game design itself. Especially that whopping number of paylines, amongst the most of any online slot game.

What could possibly sweeter than a slot game named after everyone’s favorite comfort food? That’s right, a slot which has already become famed for dishing out lots of sugar, baby!

Straight away players are drawn to the retro Americana theme surrounding the donut diner presentation, along with the funky 50’s music pumping out of the on-screen jukebox, which is also where you’ll find the spinning reels. But when those donut icons line up on the reels and you suddenly hear the ‘Lone Ranger’ theme playing, you’re about to trigger a big win.

This is definitely one of those slots with a unique charm of its own. Even if there are just the 4 reels, there’s plenty to keep players engaged and entertained, along with a sweet box full of tasty features like bonus games, wilds and scatters, multipliers and free spins.