YouTube appears to be readying a redesign for its mobile app’s comments section. That’s based on a recent report, which pools all of the changes that already show up for some users.

What changes are in the various comments section redesign for YouTube?

Of course, as shown in the images below, none of the changes is all that big. Each is more of a subtle tweak intended to improve usability without altering the previous redesign, introduced in 2020. So the comments section remains, as of this writing, a slim segment separated out just below the given channel title.

What is changing, is how the UI is presented. Right now, most users should see the comments section led by the title “Comments” and the number of current comments on the video in question. Then, the present top comment is spelled out. On the right-hand side, meanwhile, is an up-down arrow icon to expand all comments.

The changes come to three key areas of that interface. Starting with one that shows the top comment, a comment entry field, and a blue “View all” link to expand comments. That link also shows the number of comments currently on the video.

Another, subtler example simply replaces the double-arrow icon for expanding comments. That’s swapped out for a “View all” button.

Finally, yet another redesign for YouTube comments removes the top comment altogether in the app. In its place, alongside the aforementioned “View All” button, is a comment field.

How do we know at least one of these is probably coming?

Now, as noted above, these changes are — in one form or another — already appearing for some users. So it doesn’t seem likely that YouTube isn’t planning to switch over to at least one of them. Or, potentially, some combination of each. But working out exactly when the company might implement changes is nigh on impossible at this point. And there’s been no way to ascertain exactly which changes appear in which versions of the app.

Bearing that in mind, users probably shouldn’t expect to see a finalized decision on changes any time soon for the world’s top video streaming platform. 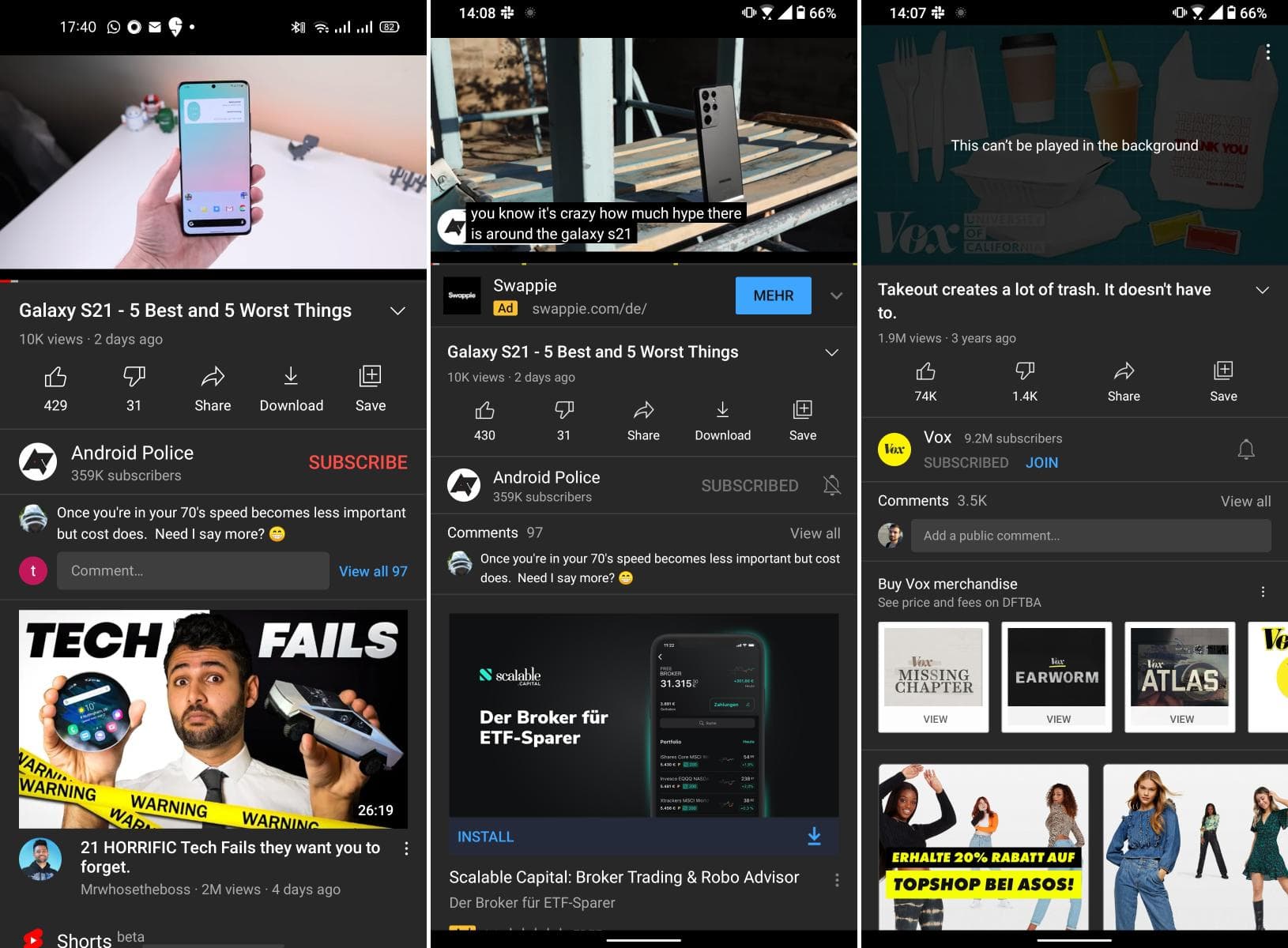