Come for the keyboard, stay for the integrations.

These days there’s no shortage of great gaming keyboard options out there, but might I impress upon you the consideration for one particular option, called the Atom 60% gaming keyboard from WhirlwindFX?

It’s not the RGB lighting or the small 60% formfactor that makes the Atom a desirable option. It’s not the double shot ABS keycaps, or the USB-C connection. Because these are all things that can be found on other keyboards too.

Now, those things are still nice features of the WhirlwindFX Atom 60% gaming keyboard. But as I stated above, come for the keyboard and stay for the integrations. Because it’s the game integrations that WhirlwindFX has cooked up that make this keyboard a little bit special.

To the point where I would consider this a decent alternative to Razer Chroma. However bold a statement that may be, as Razer Chroma is more or less the pinnacle of integrated RGB lighting for better game immersion, WhirlwindFX is not to be tossed aside.

With the Atom you get three different options for switches, which includes Red Linear, Blue Clicky, and Brown Tactile. I have the Red Linear switches on the model I tested, and I really like the feel of the keys when pressed. The gaming integrations are the star of the show here. In fact I’ll go so far as to say that these are the leading feature of the keyboard. And I don’t think WhirlwindFX would disagree with me there.

It knows that what really separates it from other gaming keyboards out there is the lighting integrations. As there really aren’t many other options out there that play special effects for games. One thing to keep in mind here is that Razer Chroma undoubtedly has more available game profiles. Both officially made by Razer and by the community of users. You can even create your own custom profiles.

With WhirlwindFX there are a few similarities here. You can create your own custom profiles. If you know how to use the HTML5/javascript creation system. There’s also a collection of 50 top games that already have integration profiles created.

Including Cyberpunk 2077, Destiny 2, Valorant, Call Of Duty: Modern Warfare and Warzone, League Of Legends, Among Us, and even Genshin Impact.

Some games get more effects than others

If there is one downside to the lighting effects on this keyboard it’s the lack of effects for some of the games. While they do provide a cool and unique visual style to your gaming experience, some integrations do unfortunately feel lackluster.

Games like Valorant for example appear to have a more extensive set of integrations available. Games like Destiny 2 on the other hand do not, as it only has like three effects. Which is a bit of a letdown for me personally since Destiny 2 is one of the PC games I play the most. And this seemed like a perfect opportunity to have effects pop up for things like usage of supers and other abilities.

What’s nice is that WhirlwindFX makes it easy to request integration support. On the page with all of its integrations, there’s a form at the very bottom you can fill out to request support for games you don’t already see on the list.

You could also use this as a method to contact them about adding more integrations to a game that does already have integration effects. And top of all that, you can click on each game to bring up a quick YouTube video that shows what the all the integrations look like.

Just in case you’re curious to see them before downloading.

The software is a little touch and go 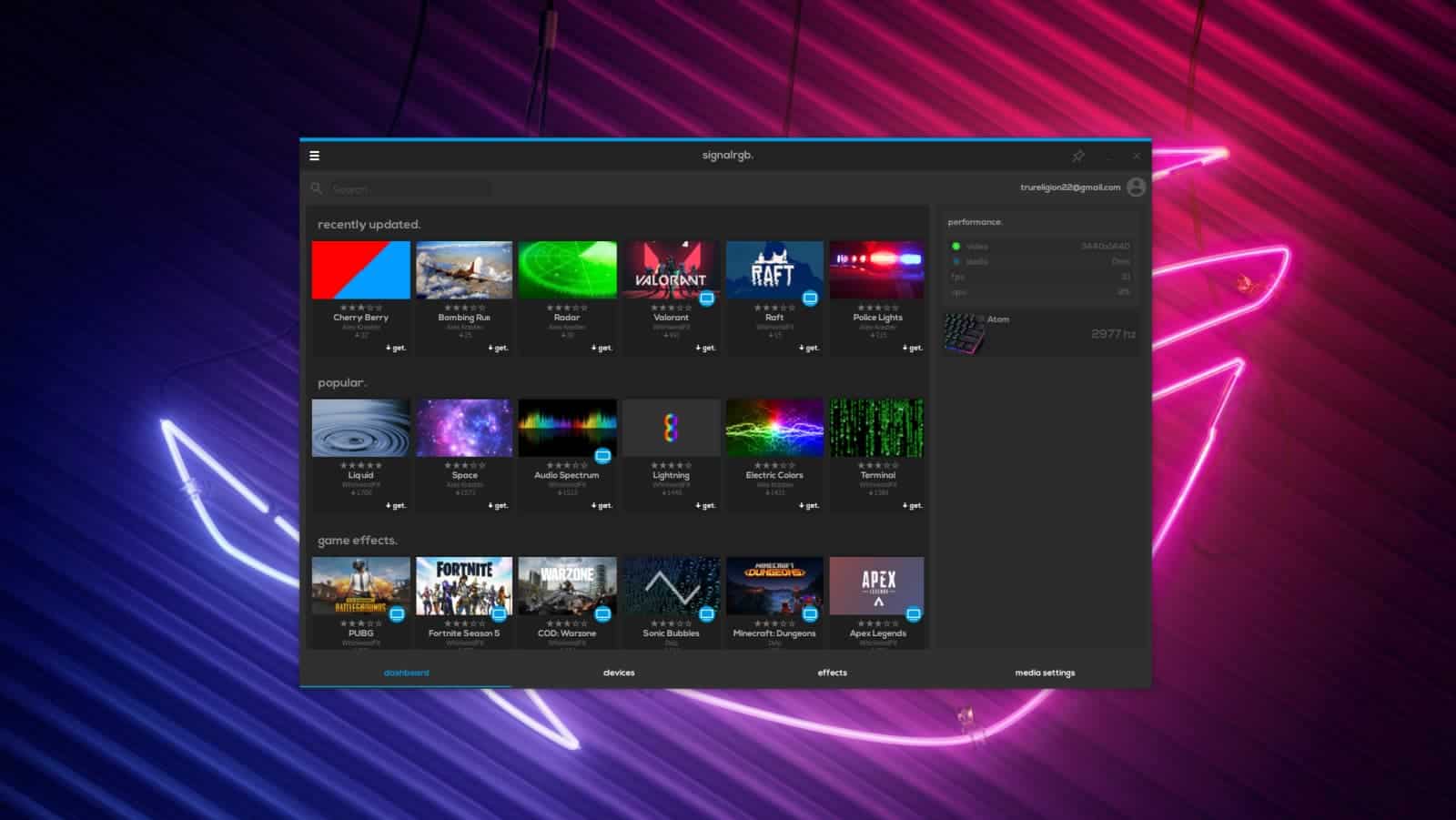 Part of the beauty of the RGB game integrations is the software. WhirlwindFX calls their installer SignalRGB, and it’s more than just a hub for adjusting the brightness of the LEDS and selecting the game integration you want to use.

It also -provides a way for the keyboard to more or less work with ANY game. How does it do this? Quite simple really. It uses smart screen analysis. Basically the software can see the colors that are on screen at any given time and then it applies effects to the keyboard based on those colors and the stuff that’s happening.

As an example, over the weekend I watched the Snyder Cut of Justice League. And in that film there’s a scene where Aquaman and Bruce Wayne are hanging out in a snowy landscape. The software’s smart screen analysis was able to recognize the snow and the on-screen colors and use that to create a sort of snow fall/flicker effect.

Now the downside. Unfortunately, I seemed to be having some weird issues with the SignalRGB software. More times than not, if this was running in the background while playing Destiny 2, it would kick me out of the game screen and back to the desktop.

To be clear, it wasn’t causing the game to crash. It was simply pulling me back to desktop so I’d have to click back to the game. The reason this became more of an issue is because I need the software running to get the in-game effects. But I found it nigh-impossible to keep the game window open for longer than a minute or two.

This results in me having to close the software program entirely. The keyboard of course still works. As do the RGB backlights on the keys. I just won’t get any special effects. That being said, those integration effects are the whole reason to buy this keyboard.

So it was a little bit of a letdown that it wouldn’t work properly for one of my favorite games. That isn’t to say this happens with all games. I didn’t seem to have the issue with Genshin Impact. But this is still something that consumers should be aware of.

The aura lighting really is excellent 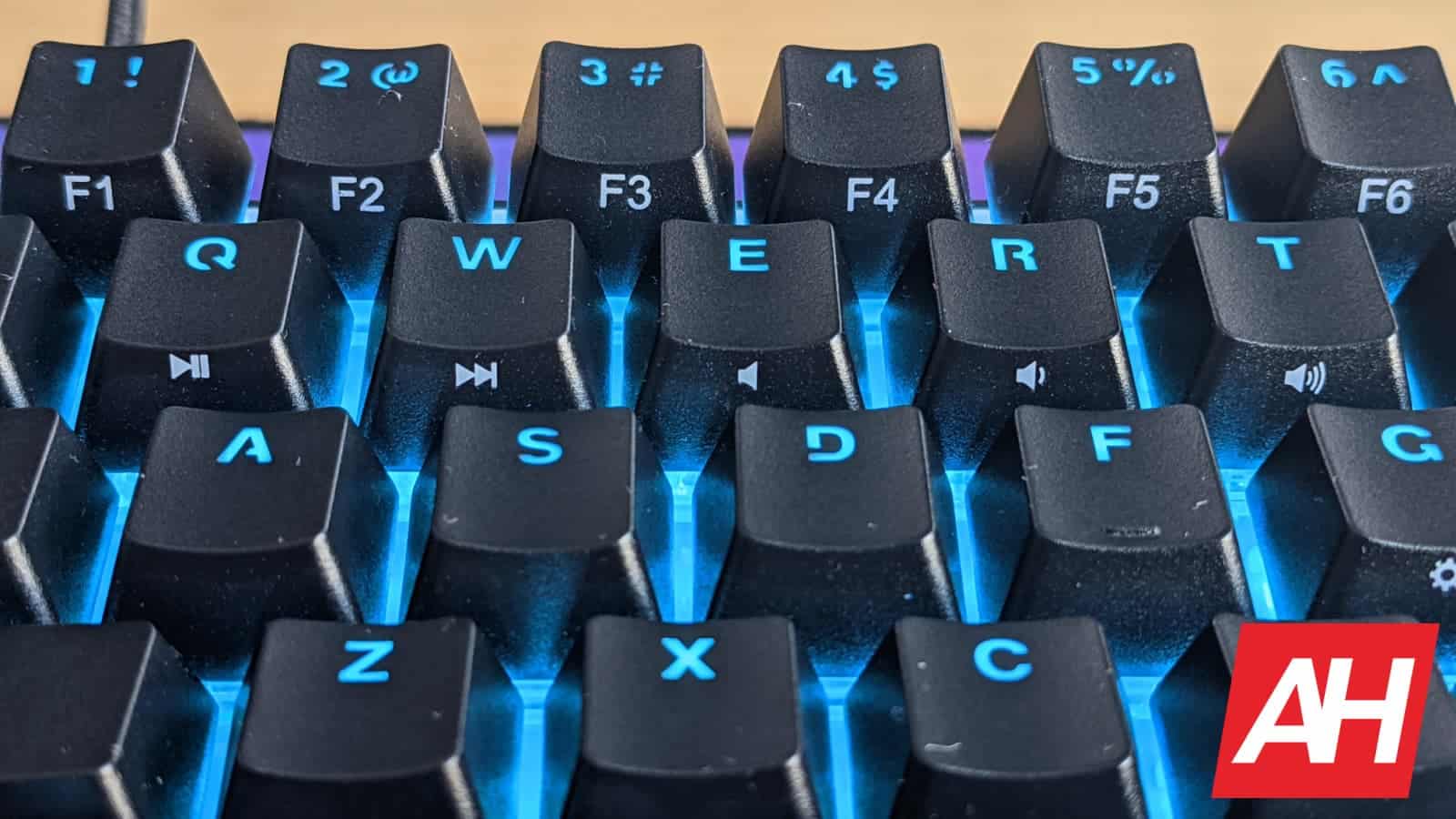 It’s easy to overlook something like this, but the lighting on this keyboard really is a little bit brighter than other keyboards I’ve been using recently. That’s all thanks to the use of a white backplate under the switches.

This makes for a sort of reflective surface for the LEDs that creates an aura effect. Helping the RGB lighting spread across the keyboard more and shine through the spaces in the keys a little better.

Overall it makes for a more visually appealing experience. Even if you don’t use much of the lighting effects, and tend to keep the backlighting simple during regular use, it still looks better and makes the keys easier to see. This also really helps when you’re on your PC late at night in darker situations.

I’m a night owl and tend to play games pretty late. And a lot of that time I like the lights off so it feels more immersive. Because of the aura lighting, all of the keyboard is a little more visible and I don’t have issues seeing anything I’m pressing. 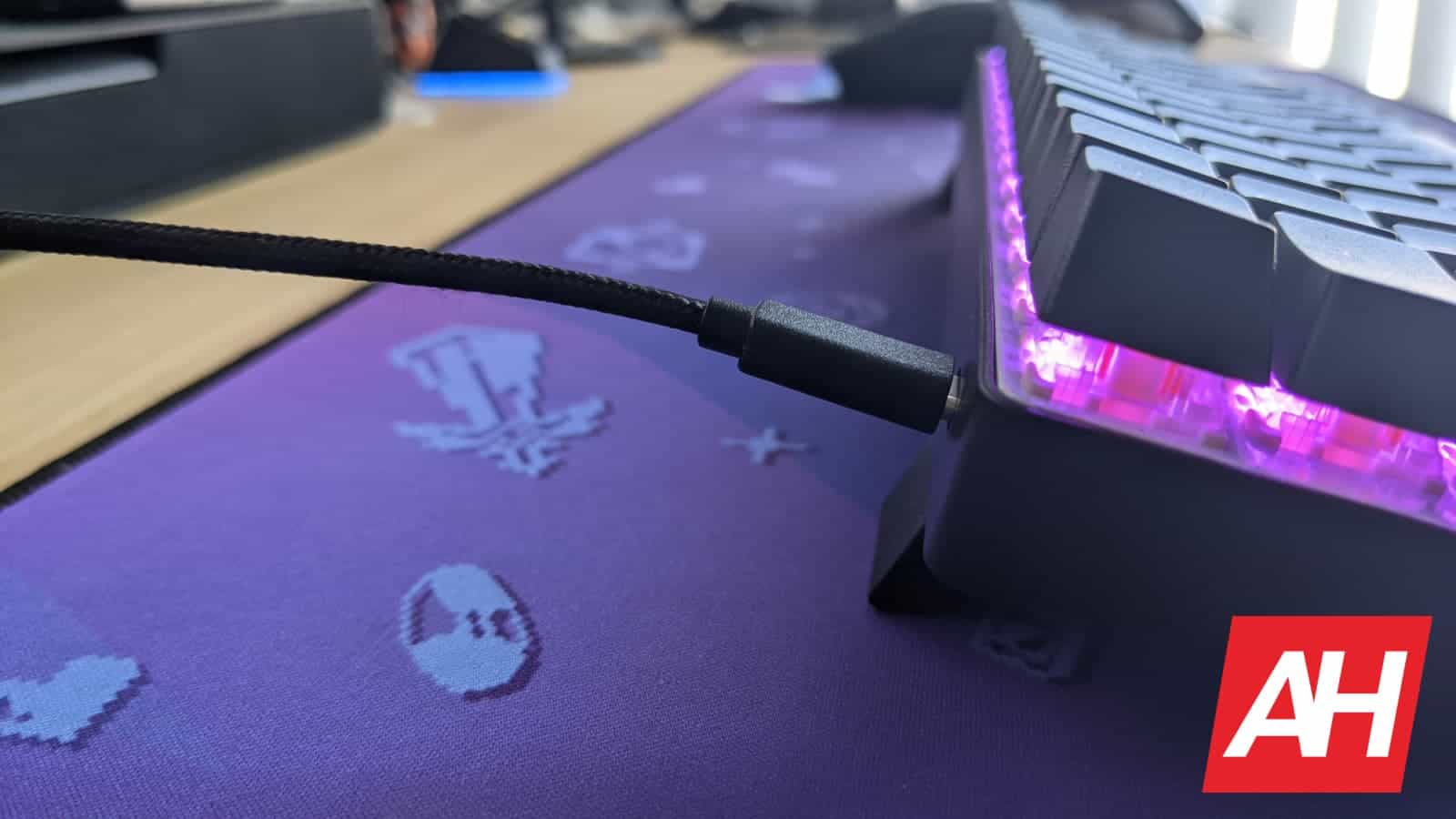 While I don’t personally take this keyboard anywhere, as I no longer have LAN meetups with friends like I used to, this keyboard is extremely portable and easy to set up.

That makes it a great option if you need something that is easy to cart around from LAN to LAN. Or if you just split your game time between more than one location often enough. Its small formfactor allows for easy storage in a bag. And the USB-C cable that comes with it is braided and fairly durable. So plugging it in and unplugging it all the time isn’t going to wear it down much. If at all.

If you’re the type of person who plays games away from home, the WhirlwindFX Atom is a very nice option for both at home and on the go.

Should I buy the WhirlwindFX Atom 60% gaming keyboard?

Before taking the plunge on this one, I’d highly recommend you look at what games have lighting integrations available. The games you play most may not have any integrations at all.

Or you could be in the same boat as me. Where a game you play a lot is supported, but only offers a few much less exciting integration effects. That should weigh in heavily here. Because it is the main reason to buy this keyboard.

There are other reasons to get it of course, the aura lighting, the quality construction, and the portability are all great features. And you could always create your own profiles for lighting if you know how.

All-in-all, it’s a decent gaming keyboard for $99. Especially since some of the lighting integrations are pretty cool. Cyberpunk 2077 in particular has quite a few of them and they really add to the gameplay experience.

That being said, something like the Razer Huntsman Mini is on sale for $99 right now. And there is a good chance that Razer Chroma may have more effects to offer you, so consider that as well.