Three variants of the OnePlus Watch have surfaced. These images appear right before the launch event that is scheduled for later today. During the event, OnePlus will announce this smartwatch, along with its new flagship smartphones.

Three OnePlus Watch variants have surfaced, including a special edition one

Now, if you take a look at the images below this paragraph, provided by Mukul Sharma, you’ll be able to see the OnePlus Watch in lifestyle images. These images seem to represent a special “Cobalt Limited Edition” variant. One of these watches is black, while the other one is silver. If you take a look at the image below, you’ll get to see several renders of the OnePlus Watch. Both variants are pictured here as well, and these renders have been provided by Ishan Agarwal. He also mentioned that the OnePlus Watch will cost around €150 in Europe. 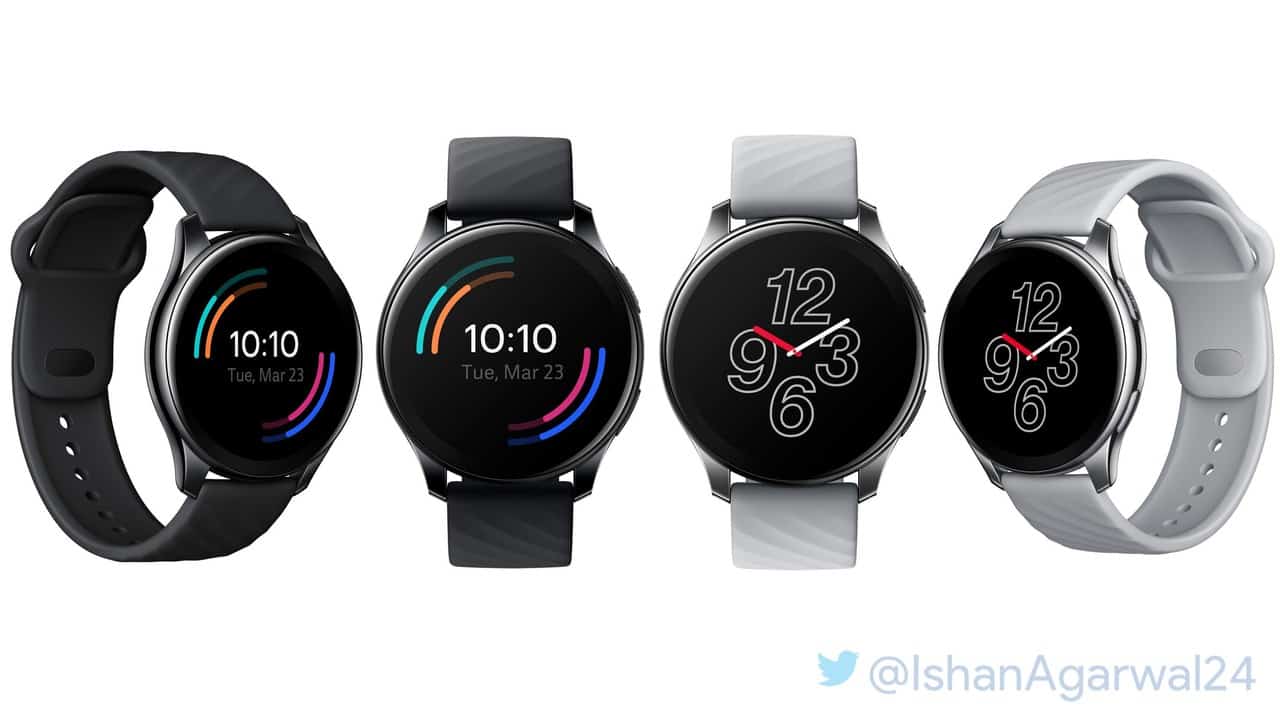 Straps on both of these smartwatch variants seem to be made out of silicone. The black model comes with a black strap, and black frame, while the silver variant comes with a silver frame, and white strap.

The OnePlus Watch design seems to have been inspired by the Samsung Galaxy Watch Active 2. It resembles Samsung’s smartwatch quite a bit, that’s hard to deny. Many would say that’s not a bad thing, though.

Based on the leaked information, this will be a 46mm smartwatch, and it will arrive in only one size. The watch will feature a heart rate sensor, be able to auto-detect your workouts, and also measure stress levels. It will also be able to monitor your sleep patterns.

The watch will allegedly feature a 1.39-inch 454 x 454 AMOLED display, with 2.5D curved glass on top of it. A 402mAh battery is also rumored, while GPS will be included in the package. The watch will not ship with WearOS, but OnePlus’ custom OS, quite likely.

This smartwatch will launch later today, along with the OnePlus 9 series. The launch event starts at 10AM ET / 7AM PST / 3PM CET.