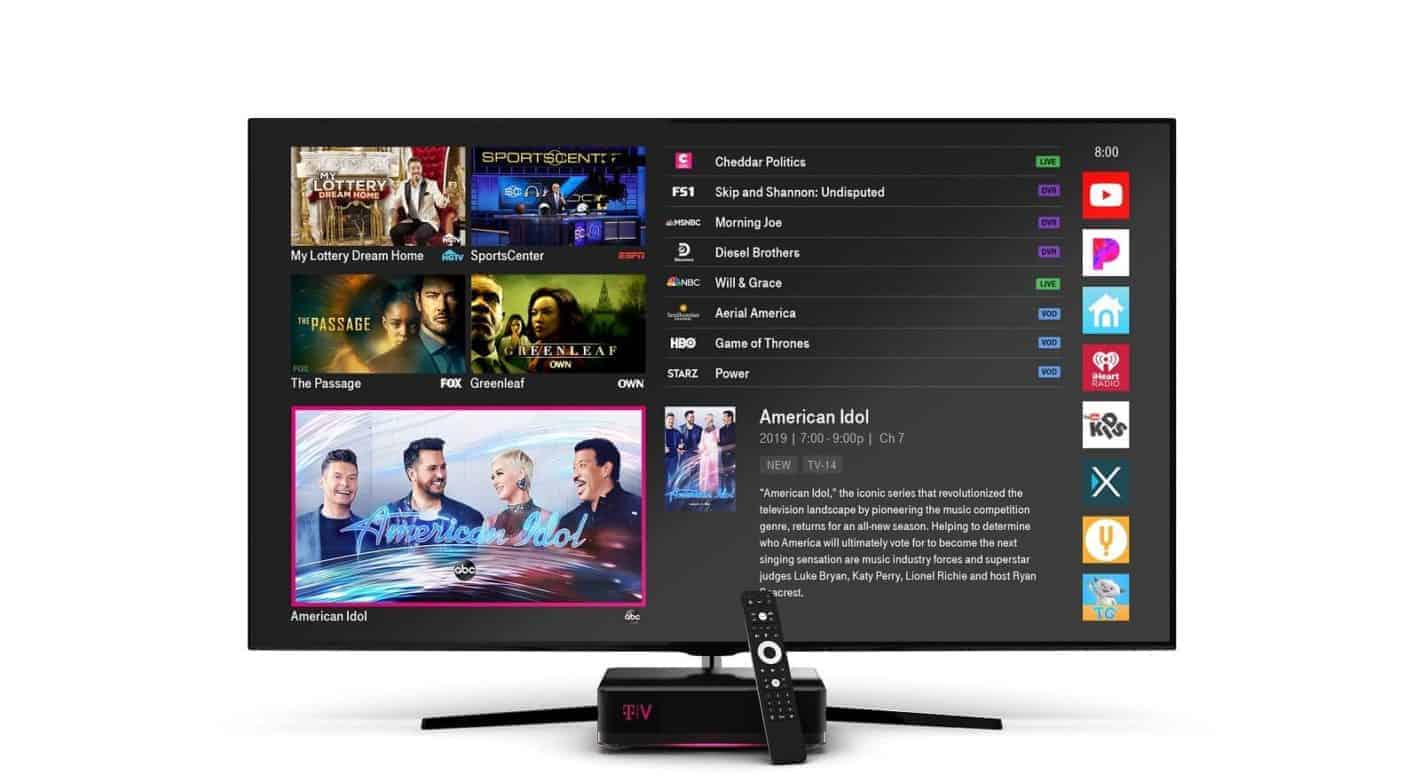 UPDATE: T-Mobile announced its partnership with Philo TV as well, in addition to YouTube TV. Philo TV will be a replacement for its base offering, basically. This service will be starting at just $10 per month, says the company, exclusively for T-Mobile consumers. On the other hand, T-Mobile is making YouTube TV its premium live TV service. Read more about it here.

ORIGINAL ARTICLE: T-Mobile’s take on television streaming, the TVision service, is officially shutting down. This announcement came from T-Mobile recently, along with the announcement that they are going to be partnering with YouTube to bring TV to its users. This is a surprising announcement, as TVision was only up and running for five months.

T-Mobile offered three service bundles: Live, Live Plus, and Live Zone. According to The Verge, TVision’s days are numbered – the service will officially be gone on April 29th. With this news comes much confusion as to what will happen with the current subscribers to the service. T-Mobile has them covered with discounts and free trials. Folks who are already signed up for any one of the TVision bundles will get a free month of YouTube TV. T-Mobile subscribers who want to join will be eligible to have $10 chopped off their monthly bill. This will knock the price down to $54.99 per month. To sweeten the deal, T-Mobile is tossing in three months of YouTube Premium.

The TVision service had a bit of a rocky- not to mention costly- start when it launched back in October 2020. There’s the $10/month service called TVision Vibe. This service provided on-demand access to certain services like Discover and MTV. T-Mobile then launched TVision Live for $40/month. Along with that came the $50 streaming device. The prices only climbed up from there as you went to different services.

T-Mobile just wasn’t making the returns that it was hoping for. This prompted the partnership with YouTube TV, which is a much more established platform. It’s still unclear whether this is just T-Mobile schlepping YouTube TV onto the Tvision service, or if T-Mobile will have any say on what content will be available.

T-Mobile hasn’t mentioned its other services

T-Mobile has a ton of services that deal with TV, and folks are wondering how this partnership will affect some of them. Reports only mention the TVision Live, Live Plus, and Live Zone bundles. As for the TVision Vibe service, there was no word. There’s also TVision Channels. This service lets customers group their subscriptions to other services like Stars and Epix.

This partnership seems like the right move on T-Mobile’s part. YouTube TV has been in the game for quite some time. Not only that but since it acquired Sprint, T-Mobile’s customer base has increased a lot. This is an opportunity to really rake in the big bucks. More online services are offering their own means of providing TV to their customers. This partnership could mean great things for T-Mobile and its customers.