If you take a look at the image below this paragraph, you’ll be able to see the OnePlus 9 5G specs. Not all of its specs are here, of course, but there are quite a few details to check out. 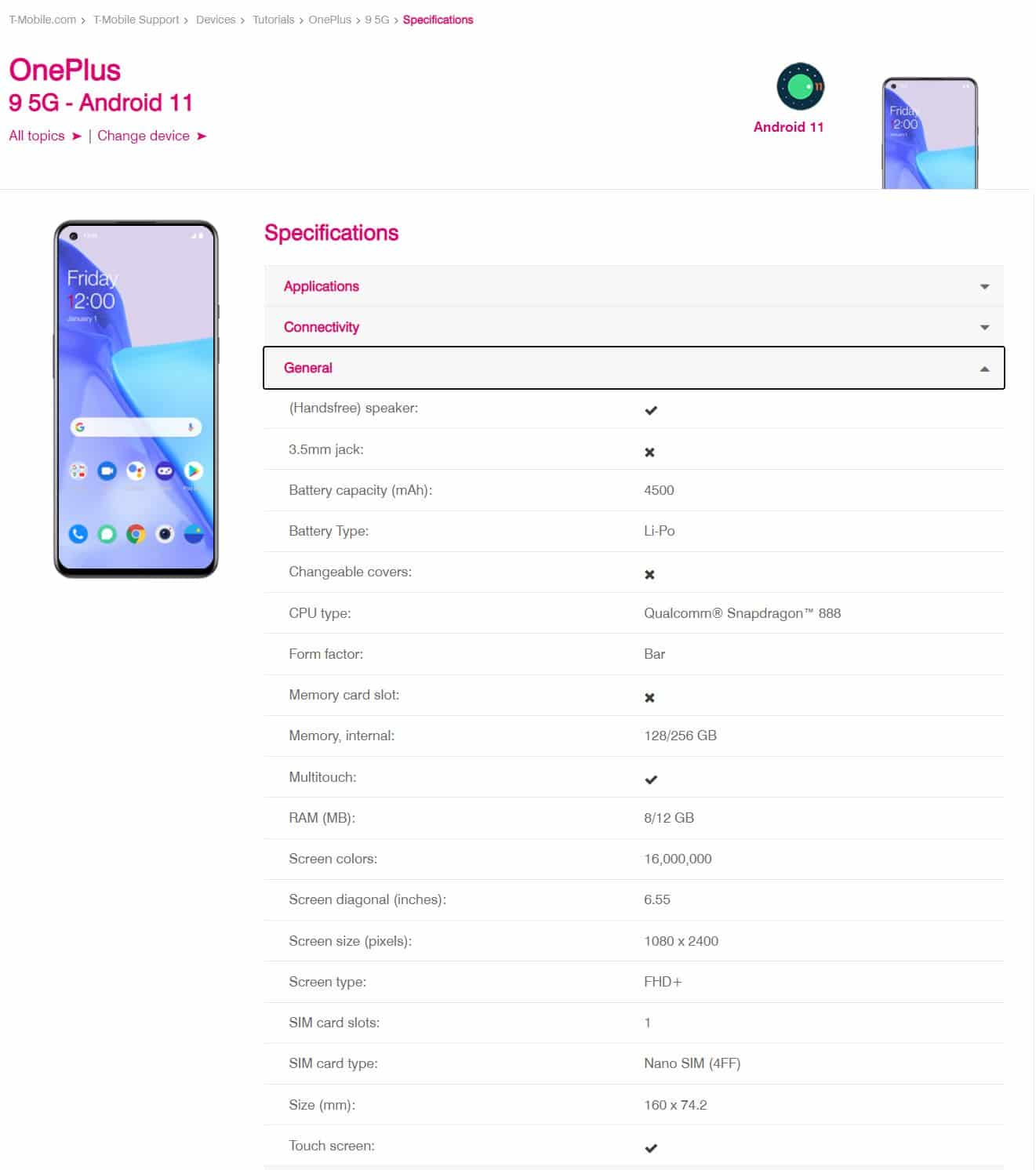 This image shows the front side of the phone, while it also confirms we’re looking at a 6.55-inch fullHD+ (2400 x 1080) display. It also confirms that both 8GB and 12GB RAM variants will be available, with 128GB and 256GB of storage, respectively.

The Snapdragon 888 will fuel the device, while a 4,500mAh battery will be included in the package. This spec sheet confirms that we won’t get a headphone jack, while it also says that a nano SIM card slot will be included. The phone will be 160mm tall, and 74.2mm wide.

The OnePlus 9 Pro 5G specs can be checked out in the image provided below this paragraph. The front side of the phone is shown, while the spec sheet confirms a 6.7-inch display QHD+ (3216 x 1440) display for the phone. 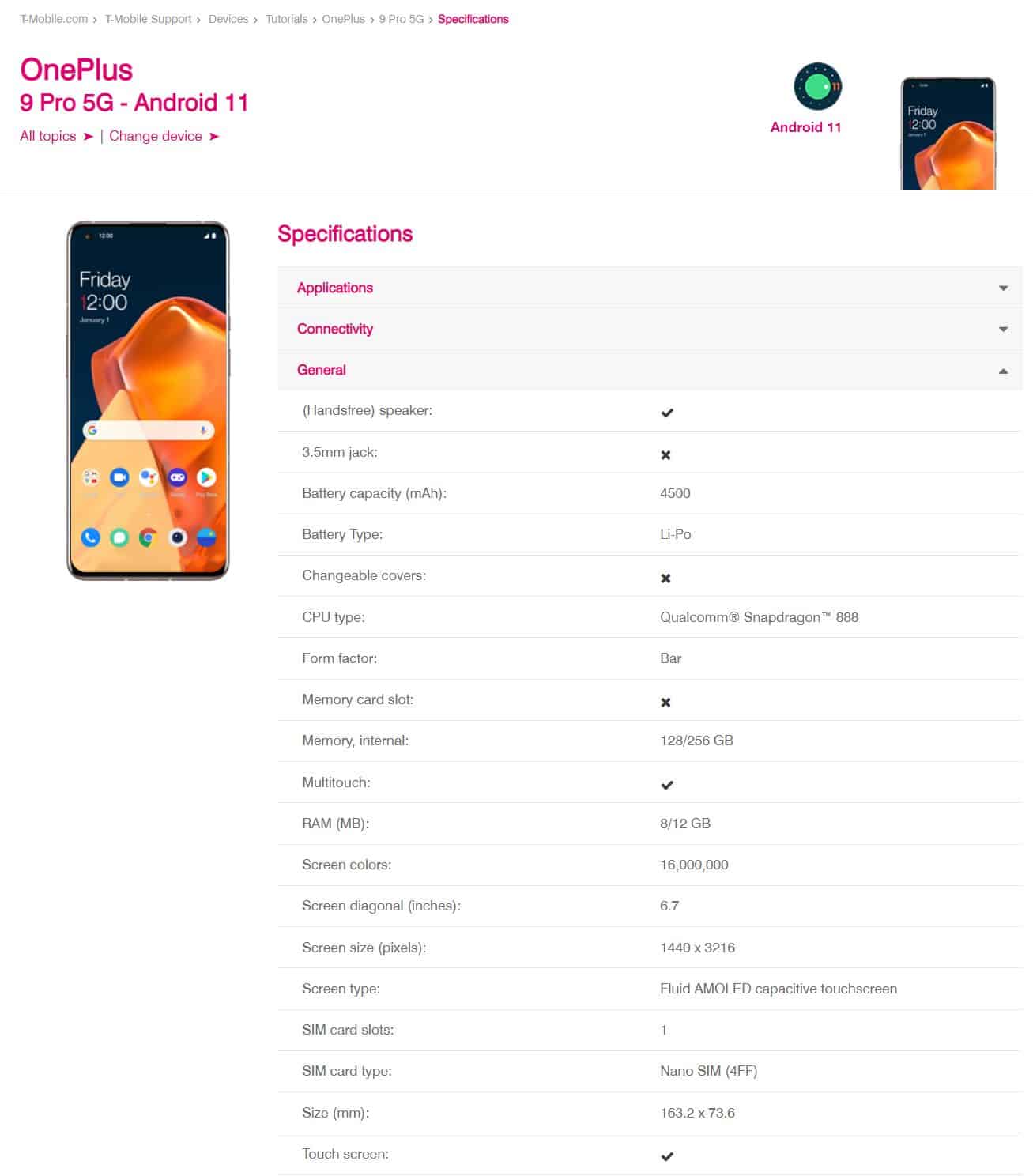 The OnePlus 9 Pro will feature a QHD+ LTPO display

It says this is a Fluid AMOLED display, and it will be an LTPO display, that is something OnePlus already confirmed. The device will be fueled by the Snapdragon 888 SoC as well.

The OnePlus 9 Pro will include either 8GB or 12GB of RAM with 128GB and 256GB of storage, respectively. This phone will also ship with a nano SIM card slot, and a 4,500mAh battery, without a 3.5mm headphone jack.

The OnePlus 9 series will become official tomorrow, March 23. The company will announce these two phones, in addition to the OnePlus 9R for India, and the OnePlus Watch smartwatch.