Skip to content
Advertisement
Trusted By Millions
Independent, Expert Android News You Can Trust, Since 2010
Publishing More Android Than Anyone Else
22
Today
183
This Week
448
This Month
2389
This Year
112468
All Time
Advertisement

Google heard you like JRPGs, so it’s bringing you four titles from two iconic JRPG franchises to Stadia, including two from the beloved Ys series.

Starting on April 1, JRPG fans will have access to the first of these four upcoming JRPG titles, with Ys VIII: Lacrimosa of DANA, which will be purchasable from the Stadia Store for $39.99. There are already a handful of JRPG titles on Stadia, with the most recent being Dragon Quest XI S: Echoes Of An Elusive Age.

There’s also Final Fantasy XV, Octopath Traveler, and Valkyria Chronicles 4. As you can see, the JRPG landscape on Stadia is not exactly a large one. So any more titles from the genre are a welcomed addition for fans of those types of games.

Stadia will also get Ys IX: Monstrum Nox this Summer

The second game in the Ys series coming to the platform will be Ys IX: Monstrum Nox. There’s not an official date of release yet, other than Summer 2021. So don’t expect it to show up any earlier than mid to late June.

Once it arrives it’ll cost $59.99. Which should be the exact same cost as it is on other platforms. Right now, you can pick up Ys IX on PS4 and PS5, as it launched for those platforms in North America and Europe in the beginning of February 2021.

It will also be available on PC via Steam, and on Nintendo Switch. Those versions are also launching this Summer, so they’ll probably land at the same time as the Stadia version. Ys IX was originally released for the PS4 in Japan back in 2019.

Become the heroes of legend starting next month

We said there were four JRPG titles on the way, and it’s true. The other two games that are coming are also from NIS America, and are part of the Legend of Heroes franchise.

Trails of Cold Steel IV won’t be far behind though as it will launch on April 9.  Later this year Google is also releasing another iconic franchise onto Stadia with Resident Evil. Starting with Resident Evil VII, which will be a free title for Pro members on April 1, followed by Resident Evil Village which launches this May.

You can view announcement trailers for all four JRPG titles below. 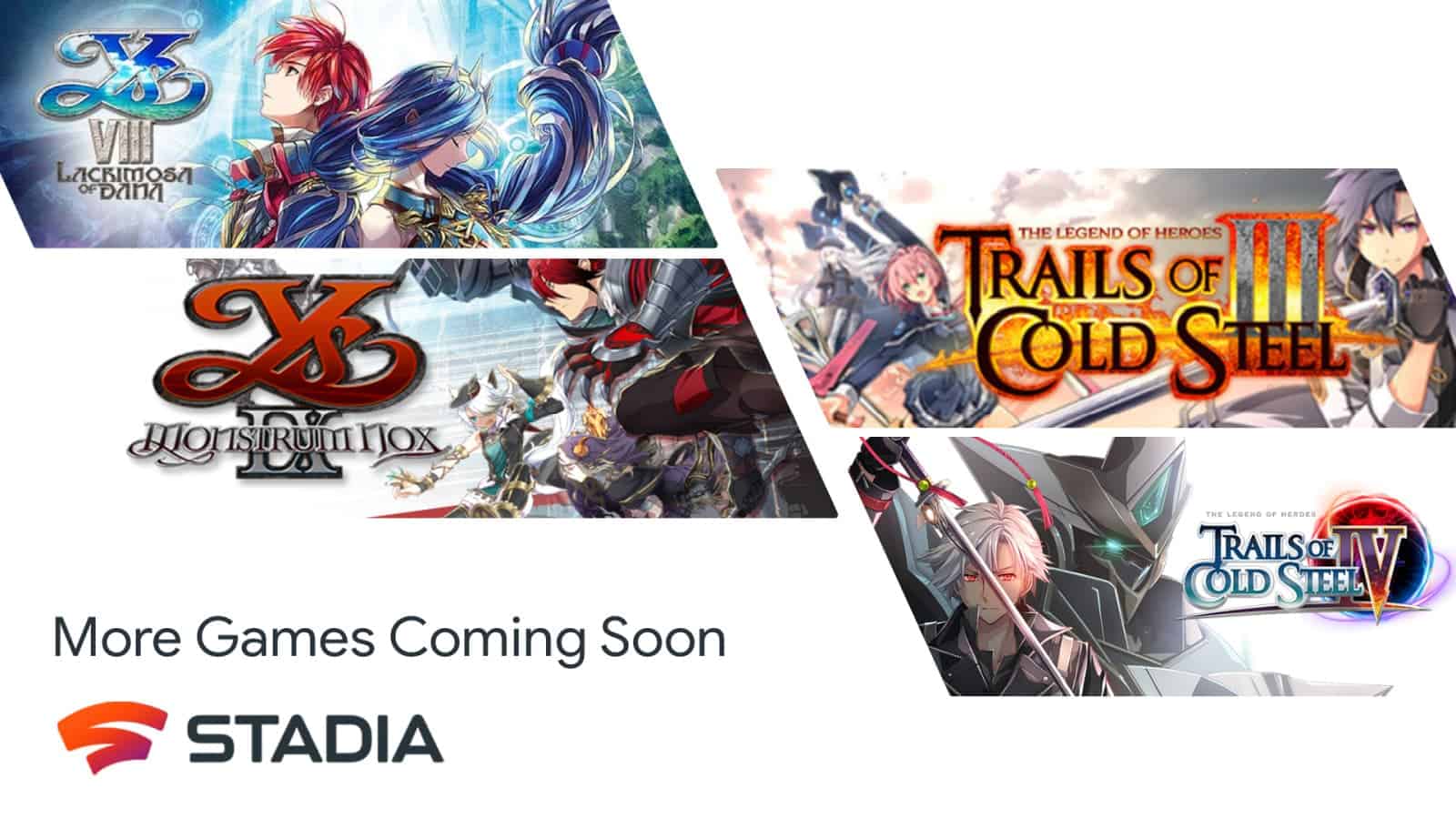