Samsung‘s upcoming affordable Android tablet, which appeared on Geekbench with model number SM-T225 earlier in January this year, has just picked the FCC certification. The American regulatory body has certified the device with the same model number.

The FCC listing does not reveal much about the tablet, apart from the fact that it will support Bluetooth, dual-band 2.4GHz and 5GHz Wi-Fi, and 4G LTE connectivity. However, the accompanying sketch suggests that the tablet would feature a single camera at the back, positioned at the top left corner. There’s seemingly a 3.5mm headphone jack and a USB Type-C port at the bottom.

The entry on the FCC database also reveals that the SM-T225 will get a battery pack with model number HQ-3565S, manufactured by SCUD (Fujian) Electronics Co., Ltd. Searching for it on the TÜV Rheinland database reveals that the battery has a rated capacity of 5,100mAh. The tablet will ship with Samsung’s EP-TA200 charger, which is a 15W adapter.

Additionally, the FCC listing also seems to suggest that the tablet belongs to Samsung’s Galaxy Tab A family. Based on previous leaks, this could be the Galaxy Tab A7 Lite. The sketch matches a previous render shared on Twitter by note leakster WalkingCat (@_h0x0d_), including the centrally positioned Samsung logo.

The leaked render had also revealed the front design of the tablet, though nothing is surprising there. The tablet features relatively large bezels, with an even bigger forehead and chin. There’s no punch-hole or notch here. A single front-facing camera resides centrally at the top. The tablet has its power button and volume controls on the right side. 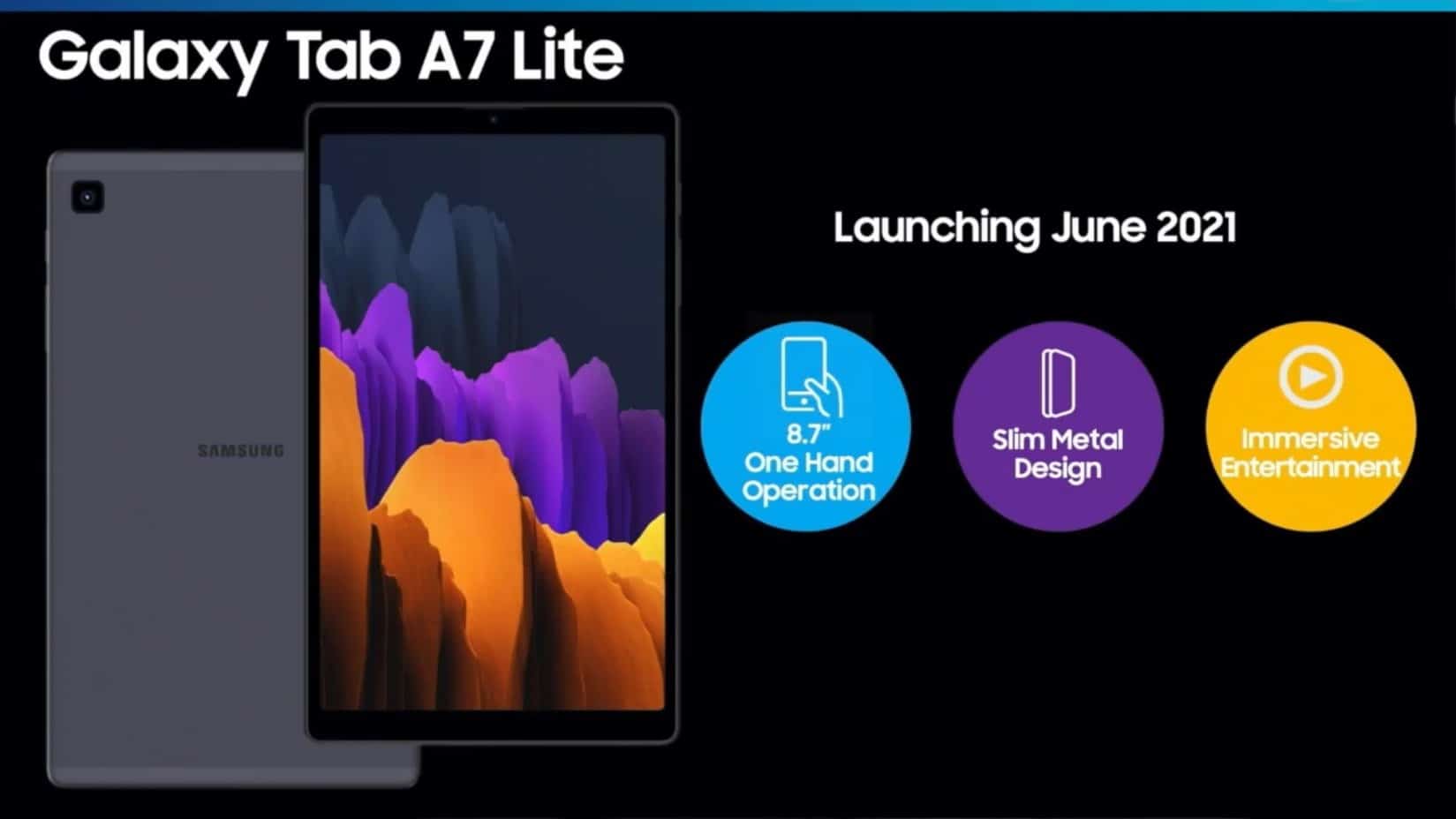 Samsung has several Android tablets in the works for 2021. The company is expected to launch the successors to last year’s flagships – the Galaxy Tab S7 and Tab S7+ – as well as a few more-affordable offerings in the coming months. The SM-T225, which could very well arrive as the Galaxy Tab A7 Lite, may be the cheapest of the lot.

The Geekbench listing in January revealed that the SM-T225 will feature a MediaTek Helio P22T chipset with 3GB of RAM. The tablet may arrive with an 8.7-inch display and a slim metallic design sometime in June this year. It will run Android 11 out of the box, with Samsung’s One UI 3.x on top.

Now that the alleged Galaxy Tab A7 Lite has picked up the FCC certification, it shouldn’t be long before we start seeing more about it. We will keep you updated with any new information that emerges in the coming days.