The Samsung Galaxy Tab A7 Lite design and specs have just surfaced online. The information has been shared by Evan Blass, a well-known tipster. He shared what seems to be an official render of the tablet.

The Galaxy Tab A7 Lite design gets shown in new leak, along with specs

If you take a look at the image provided below this paragraph, you’ll get to see the tablet itself. As you can see, its top and bottom bezels are thicker than the side ones. A front-facing camera is centered, and sits within the top bezel of the device. 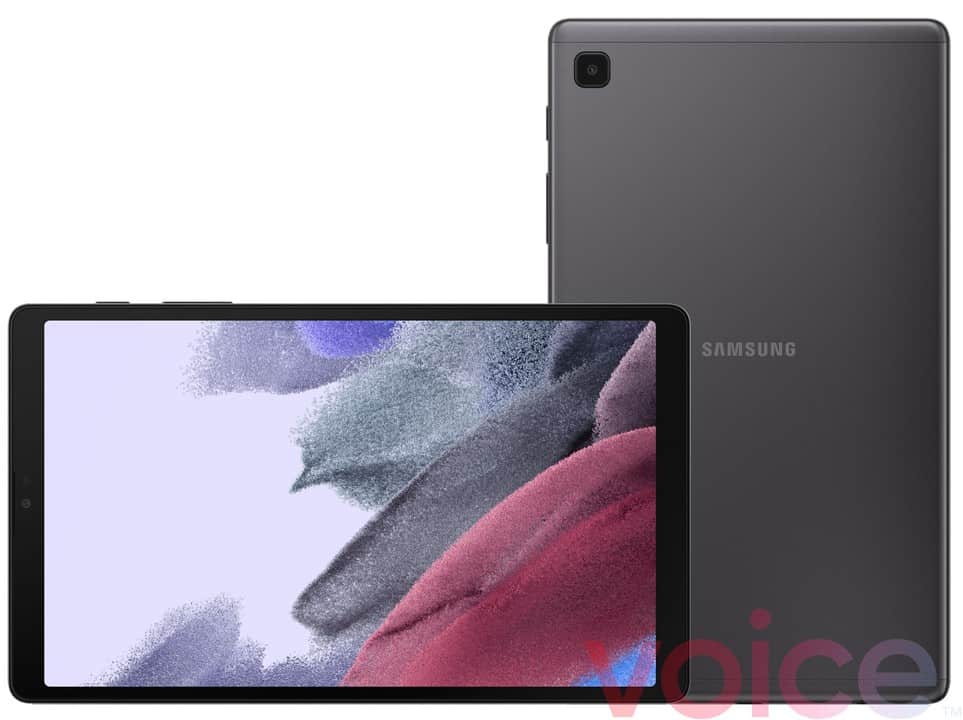 A single camera is included in the top-left corner of the phone’s back. There is no LED flash, or any additional sensors back there. What is located on the back, though, is Samsung’s branding.

All the physical buttons sit on the right-hand side of this tablet. The tablet will be made out of metal, most likely, at least if a piece of information from February is to be believed. More on that in the next paragraph.

This is not the first time this tablet’s design surfaced. Back in February, WalkingCat, another tipster, shared the design of the tablet, along with its launch timeframe (along with its build materials). Back then, he said that it will launch in June 2021, as you can see in the tweet below.

The Galaxy Tab A7 Lite will feature an 8.7-inch display, and “slim metal design”. The MediaTek Helio P22T will fuel the tablet, while you’ll also get 3GB of RAM inside it.

A 5,100mAh battery will also be included in the package. That is basically all the information that was shared about the tablet. As you can see, its specifications will be quite modest, to say the least.

Plastic would be a far more logical choice for a tablet in this price range, so it will be interesting if Samsung opts for metal. In any case, this device is expected to arrive in June, along with the Galaxy Tab S7 Lite, which will be a larger, and more powerful alternative. That device is rumored to include a 12.4-inch panel.