PUBG MOBILE is close to its 3rd birthday and it’s celebrating by adding a new content update for players. The new update will bring the game to version 1.3, and introduce a collection of new and exciting features to explore.

The update is available globally to players of the game starting from today. And it’s available on both Android and iOS platforms. So no matter what region you live in or what mobile platform you play on, you can revel in the new items and gameplay modes coming your way.

While this won’t be the game’s largest content update ever, it’s fairly sizeable, and players definitely won’t want to miss out on the special events happening as part of it.

PUBG MOBILE isn’t quite three years old yet, as its 3rd birthday will be on March 21 according to the studio. But it didn’t want to wait till then for players to have new content to check out. So the update is coming out ahead of time.

That being said, there is sure to be some cool stuff in store for the special day in just a couple of weeks. So players should keep an eye out for that when the time comes. As for what’s available right now, there’s a new Metro Royale update that adds a new chapter to further unfold the story.

The title of the chapter is called Uncover, bringing with it the Metro Exodus monsters and the removal of the Tikhar Rifle within the Metro Royale mode. There’s also a CG movie to check out as part of the update and the new content drop. Which you can watch below.

It’s a short CG film that focuses on the growth of the player community within PUBG over the last few years. Definitely worth a watch if you love the game, as it’s pure fan service.

Players are constantly looking for an edge against their opponents. As they should be. And with the 1.3 update there are three new skills (via Hundred Rhythms Armband skills) that you can use to your advantage that will give you that edge. If you use them right.

Each skill has its own unique passive benefits, like decreased reload times for you and your teammates, additional electric charge damage on certain ammunition, and health regen after you’re out of combat for a short period of time.

There are also active benefits that can be used. Such as generating a semi-transparent barrier that lets you reduce some of the incoming damage from enemies. There’s new gear, too. Like a new glider you can pick up and some new weapons. With everything wrapped in an EDM theme. So hopefully you like EDM music. 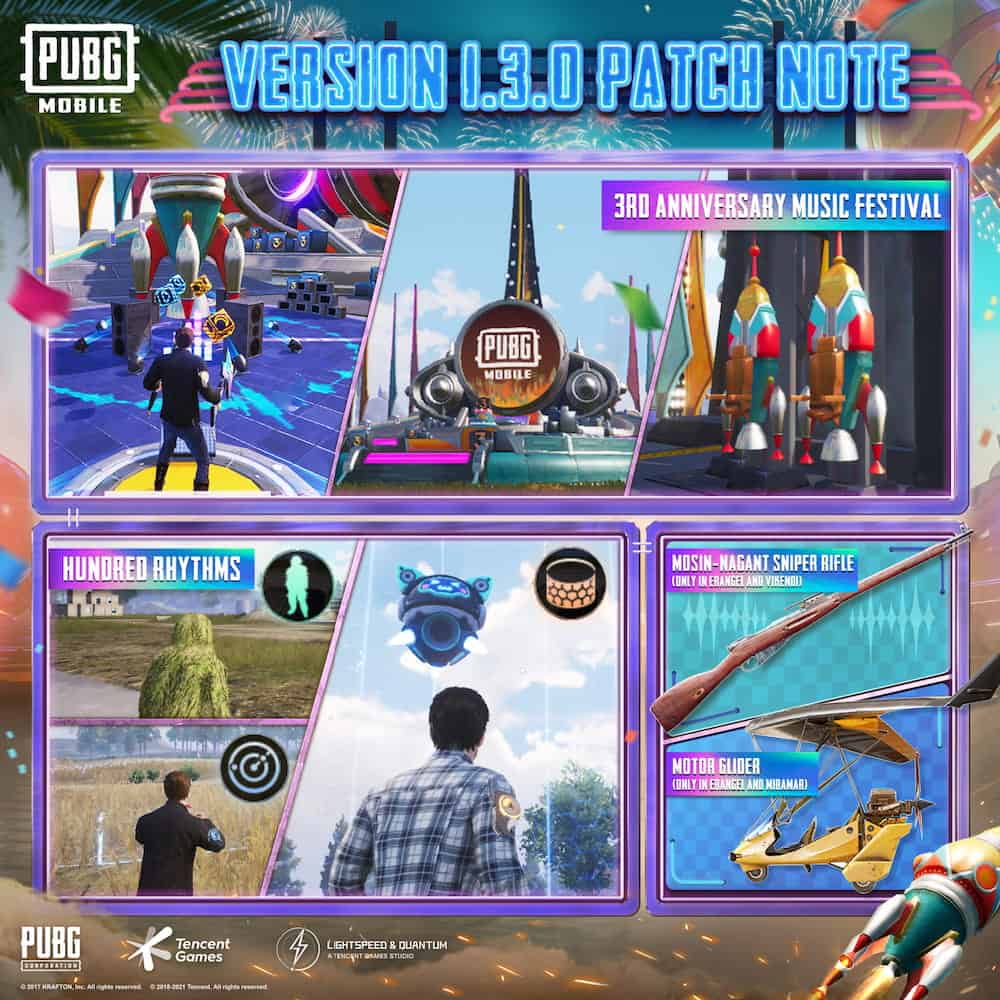