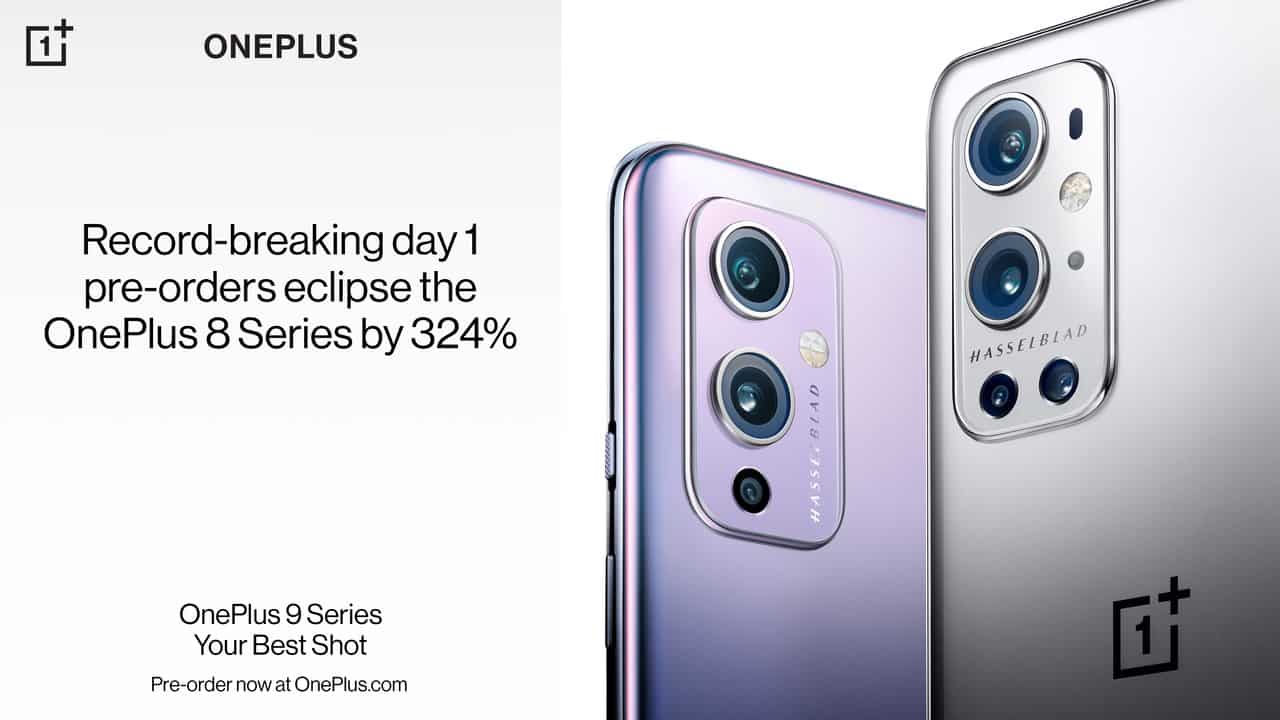 Once again, do note that these are only day 1 pre-orders. Still, it is saying something, as the difference is major, and many people who really want to get those devices always order on day 1.

That is basically all the information that Pete Lau shared, he did not say how many phones got pre-ordered exactly. It will be interesting to see the numbers at the end of the pre-order period, if the company ends up sharing them.

It seems like all the Hasselblad hype has helped the initial sales of the OnePlus 9 series. The company has been teasing the arrival of these smartphones like crazy over the last couple of weeks.

OnePlus agreed on a 3-year partnership with Hasselblad

With the company’s smartphones next year, we’re expecting Hasselblad to be even more invested in the process, and that’s something that OnePlus also hinted at recently.

We’ve been testing the OnePlus 9 and 9 Pro for a while now, and our reviews are coming soon. Both devices are actually quite powerful, even though the “Pro” model does have some advantages, including some in the camera department.