It is now official, the OnePlus 9 series will launch on March 23, along with a Hasselblad camera. This launch date has been rumored for a while, and the company just confirmed it.

OnePlus teased that something will launch on March 8, and this is it. The company did not list what phones can we expect exactly, but the OnePlus 9, 9R, and 9 Pro are expected to launch. Pre-orders are expected to start on March 23 as well.

Now, some of you may get excited about the Hasselblad partnership that OnePlus announced. Cameras on the company’s flagships have been getting better, and the 8 Pro is a great camera smartphone. Still, OnePlus wanted to push things even further, and compete with the best out there.

The OnePlus 9 series launch date confirmed, along with a three-year Hasselblad partnership

That’s why this partnership is put into place. The company confirmed that it agreed on a $150 million three-year deal with Hasselblad, an extremely well-known camera maker. The culmination of this partnership will be seen on the OnePlus 9 with the “Hasselblad Camera for Mobile”, said Pete Lau. 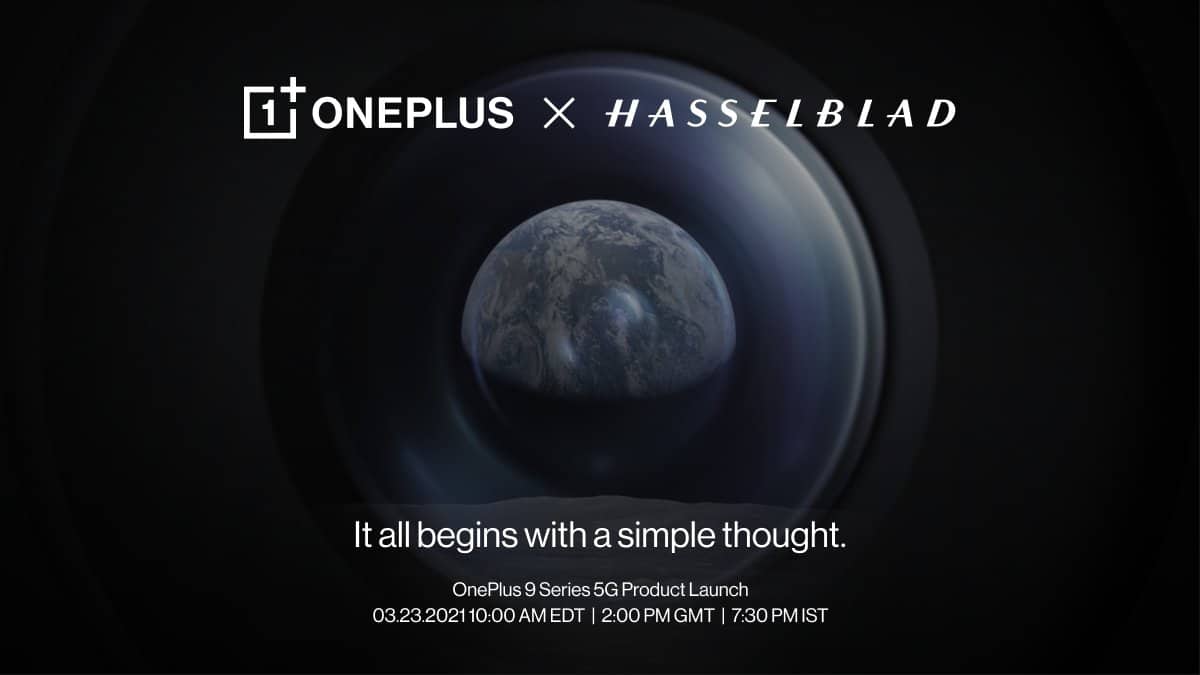 The company’s CEO said that the “OnePlus 9 series will be a major leap forward in our ability to deliver a premium, flagship camera”. He also said that OnePlus has a “close R&D collaboration” for mobile cameras with research labs being opened in the US and Japan. It seems like this Hasselblad partnership is not just about the branding, but we’ll see.

Having said that, the company also released two teasers for this launch. Both of them are embedded below the article, and the second video actually shows off the phone’s back side. This is, presumably, the OnePlus 9 Pro. It seems like it offers four cameras, along with some sensors.

You can clearly see the Hasselblad branding on the back, and also that the design is identical to the leaks we’ve seen. Now, we’re not sure if OnePlus only worked with Hasselblad for the OnePlus 9 Pro, or will the OnePlus 9 also offer such cameras.

Now, the company did not reveal much about the upcoming devices, but we do have some camera-related information. The new camera system will include a custom Sony IMX789 primary camera, the “largest and most advanced” camera on a OnePlus device thus far.

OnePlus also mentioned 12-bit RAW support, 4K video recording in 120 FPS, and 8K recording at 30 FPS. We’ll know far more on March 23, when the OnePlus 9 series is coming. The OnePlus 9 Pro will definitely be the most prominent device, but who knows, the OnePlus 9 may surprise us.