A new OnePlus 9 Pro leak has surfaced, and it reveals a quad camera setup, some display information, and more. This leak is actually quite similar to the one for the OnePlus 9 that appeared before the weekend.

It essentially shows the ‘About Phone’ page screenshot from the device. We, of course, cannot confirm that this leak is legit. Digital Chat Station, a well-known tipster, did share it, but the leak itself comes from Techmaniacs.

The OnePlus 9 Pro will feature a quad camera setup, lead by a 50-megapixel sensor

According to this information, the OnePlus 9 Pro will feature four cameras. We’re looking at 48, 50, 8, and 2-megapixel units here. Do note that not a single camera mentioned here is a periscope one.

The phone will be fueled by the Snapdragon 888 SoC, which has been confirmed here. This model of the device comes with 8 GB of RAM and 128 GB of storage. A 12 GB RAM variant with 256 GB of storage is also expected, though.

This leak mentioned that the OnePlus 9 Pro will feature a 6.7-inch AMOLED display, with a 120Hz refresh rate. That will be a ‘Fluid AMOLED’ display with QHD+ resolution, and adaptive refresh rate. That part is not mentioned, but that’s what we’ll be getting.

Android 11 will come pre-installed on the phone, it’s mentioned here, while OxygenOS will ship on top of it. We’ll get OxygenOS 11, though OnePlus will include some new features on it.

You can also see the phone’s front side design in the image provided below the article. The device looks exactly what we expect. A display camera hole will be in the top-left corner, while its display will be curved. The bezels will be minimal. Read more about the OnePlus 9 series in our preview. 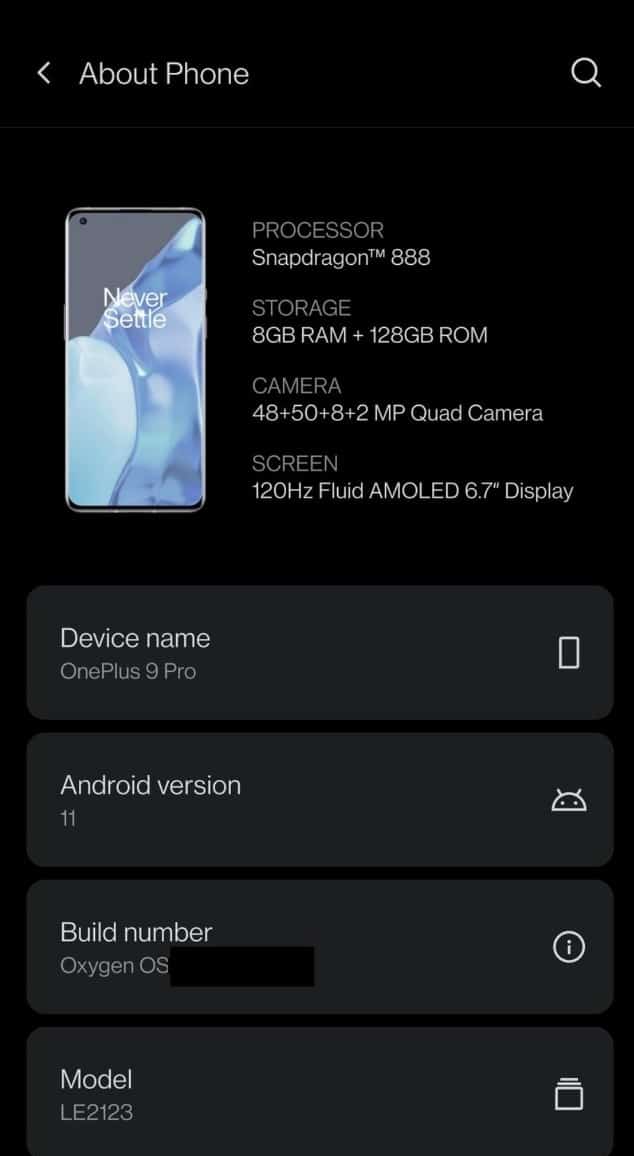