The OnePlus 9 and 9 Pro launched today, and we’re here to talk about their cameras for a bit. I’ve been using both smartphones since last week, and while I’m not ready to make any final calls just yet, I’ve managed to capture quite a few camera samples thus far.

Do note that all of these camera samples were taken before the OnePlus 9 Pro update that landed today, just before this article was published. That update brought a number of improvements in the camera department, which I’ll have to test. A similar update arrived to my OnePlus 9 review unit last week. This article only an initial look at the cameras, more information will be shared in the full review.

I have to say I’m not blown away by either device, to be quite honest, but as already mentioned, the cameras probably got improved with the latest update. I do believe that the camera performance on both will improve further moving forward, as is usually the case with OnePlus flagships.

The company tends to release quite a few improvements for cameras via a number of updates following the launch. That being said, the cameras are actually quite good, even now. I just expected more following all the Hasselblad hype, and OnePlus’ marketing machine.

The two phones don’t have a tendency to oversharpen

The first thing I’ll say is that I’ve noticed a lot less oversharpening than on the OnePlus 8T, which is a good thing. Colors are quite punchy on both phones, and they look really good, especially anything red-related. That could be the Hasselblad influence there, as OnePlus did say that Hasselblad helped with color science. 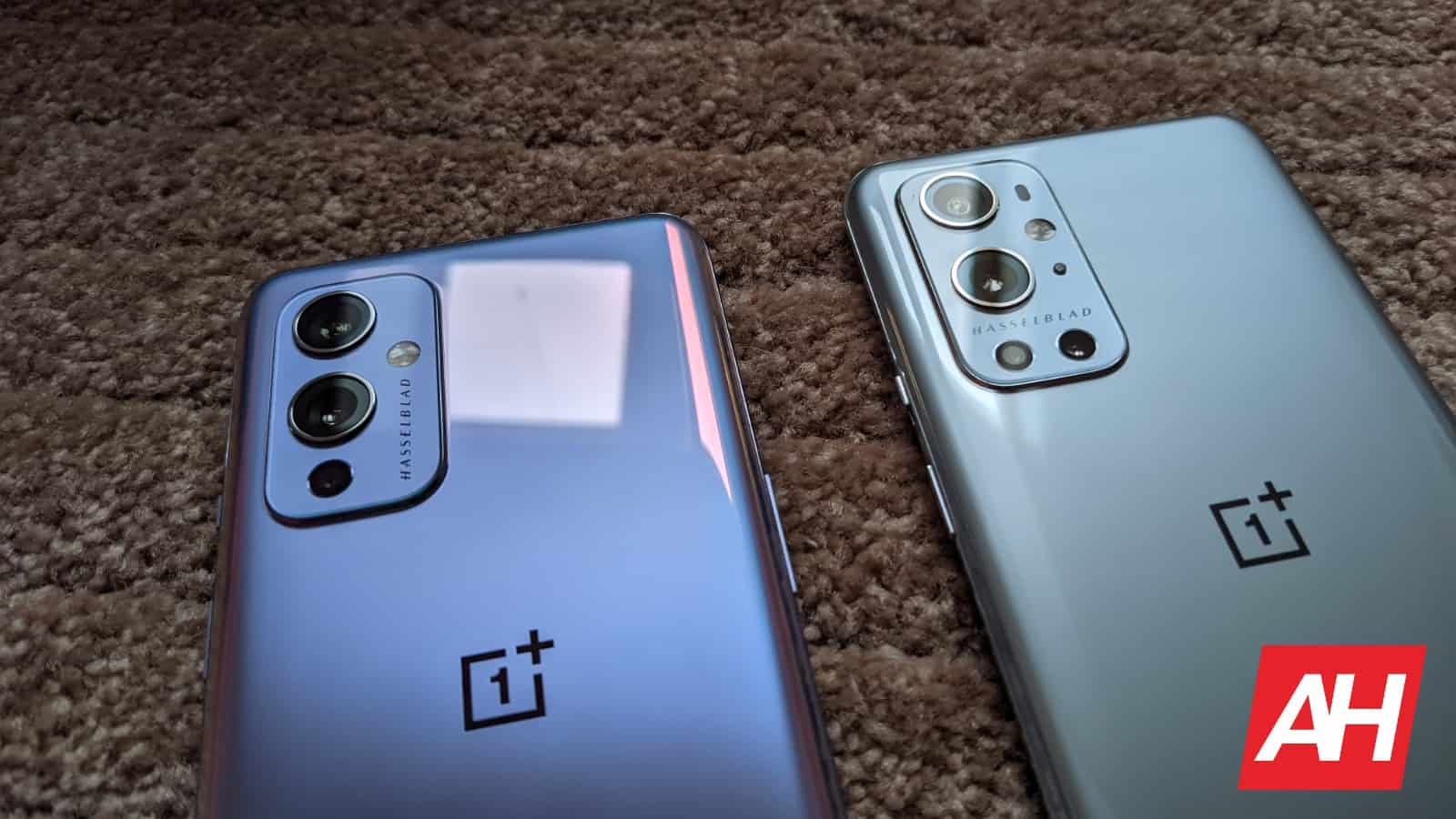 In good lighting, both phones perform really well. They manage to capture a lot of details, and do a good job balancing images. I did notice that outer parts of images do tend to come out soft sometimes, especially on the OnePlus 9. That hopefully got fixed in the new update, which you’ll get access to from the get-go.

The performance is also not as consistent as I’d like it to be, but that’s probably something that OnePlus will figure out via updates. If you take a look at the camera samples in the two Flickr galleries linked below, you’ll see what I mean. In one instance, both phones can capture immense detail even in dog hair, in another instance, the details are lacking.

Ultra-wide cameras are really good, without a doubt. OnePlus did a great job with those, and the included free form lens helps things. They are wide enough, and the edges are not warped, as they tend to be on ultra-wide shots. That camera even does a good job in low light, though it needs a bit of work with sharpness in such conditions.

You’ll want to use Nightscape in low light conditions

Speaking of low light, you’ll probably want to fire up Nightscape, at least as things are at the moment. In auto mode, images are not that good. Details are lacking, they tend to be underexposed, and so on. Nightscape, OnePlus’ special mode for low light photography, does help things, a lot. It brightens up the scene, and it captures quite a bit of detail. Images in low light should be far better following the aforementioned update, as OnePlus focused on balancing such shots.

Macro is the way to go

Macro shots on these two smartphones did end up looking really good. Both phones are using their ultra-wide camera in order to capture macro images, and they use the same exact sensor. That is a free-form lens that performs really good as an ultra-wide camera, and it does great in regards to macro photography. You can check out some macro shots below. They look good on both phones, but one thing to note is that the OnePlus 9 Pro was far better at recognizing when to switch to the macro mode. You can do this manually, if you want, but the phone does it on its own when it feels the need to.

These are only my initial impressions of the cameras, with the update I had at my disposal since last week. I’ve noticed that the OnePlus 9 Pro does allow for more light to enter the scene, and can capture more detail. Some shots also ended up being sharper on it. All in all, they did quite well, I just wanted to emphasize the parts that ended up being somewhat problematic at first. I did my best to capture the same images on both, just so you can compare. You’ll find camera sample galleries below, separate for each of the two devices.