OnePlus has started rolling out yet another camera-fixing update to the OnePlus 9 and 9 Pro. The company seems to be doing everything possible to improve the phone’s cameras before the devices arrive to their new owners.

This is the second such update that OnePlus issued since we’ve received our review units. The update in question is OxygenOS 11.2.1.1, and what’s interesting is the fact that the previous update that arrived carried the same mark.

Another camera-fixing update lands on the OnePlus 9 series

Why is that? Well, the vast majority of the changelog is the same. System, Bluetooth, and Network changes seem to be the same, but the Camera section is different. 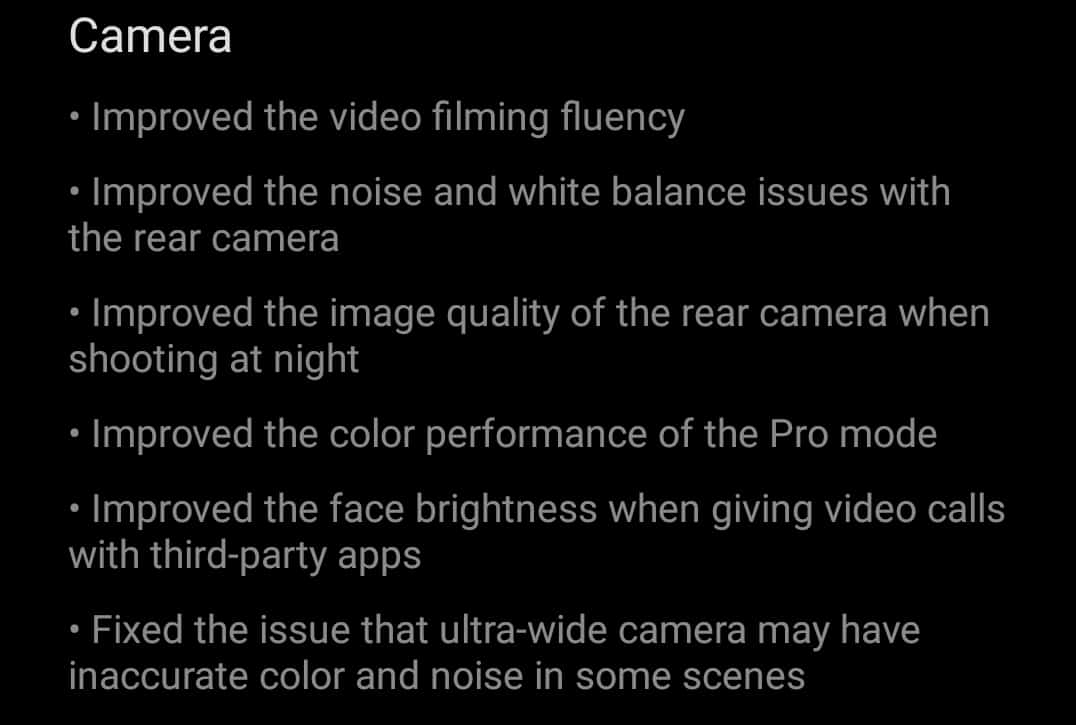 This update seems to be an addition to the last one, but we don’t know why OnePlus mentioned previous changes again, and used the same version of OxygenOS here. Whatever the case may be, this update does bring some camera improvements to the table.

The changelog is the same on both devices, by the way. We’ve talked about the System, Bluetooth, and Network changes a week ago, so click here if you’d like to know more about that.

In regards to the camera changes. This update improves the video filming fluency, and the noise and white balance issues with the rear camera. The image quality of the rear camera when shooting at night has also been improved, it seems.

The ‘Pro’ mode performance has also been improved

OnePlus also decided to boost the performance of the Pro mode. The same goes for improving the face brightness when giving video calls with third-party apps. The last entry says that the issue with the ultra-wide camera has also been fixed, as it sometimes tended to capture inaccurate color, and provide noisy images.

In addition to the changes that the last update brought, this should move this camera system in the right direction. It seems like OnePlus did address some issues here that we’ve covered in our OnePlus 9 Pro review. It remains to be seen how much of an improvement we’ll see with this update.