The OnePlus 9 series will come with attachable game triggers. These are a pair of physical buttons that users can attach to their phones when playing games. The accessory will allow users to control some aspects of gaming with physical buttons rather than using the virtual 0n-screen buttons, offering a more immersive, console-like gaming experience.

There isn’t much information available about these attachable game triggers from OnePlus as yet. However, OnePlus India has confirmed that the new gaming accessory will be compatible with the OnePlus 9R. The company has shared a silhouette of the phone with the two physical buttons attached to it (see the featured image above).

We already know that the OnePlus 9R is an affordable gaming flagship meant for India. The device is kind of a step up from the OnePlus Nord, which has been very successful in the country. OnePlus is now promising a more balanced handset that offers excellent value for money.

Recent reports suggest the OnePlus 9R won’t be available outside India. While the other two OnePlus 9 series phones – the regular OnePlus 9 and the Pro variant – may not be marketed as gaming phones, they are certainly more powerful than the 9R and should be compatible with the company’s new gaming accessory. Here’s a clearer look at OnePlus’ attachable game triggers, shared by Albacore (@thebookisclosed) on Twitter. 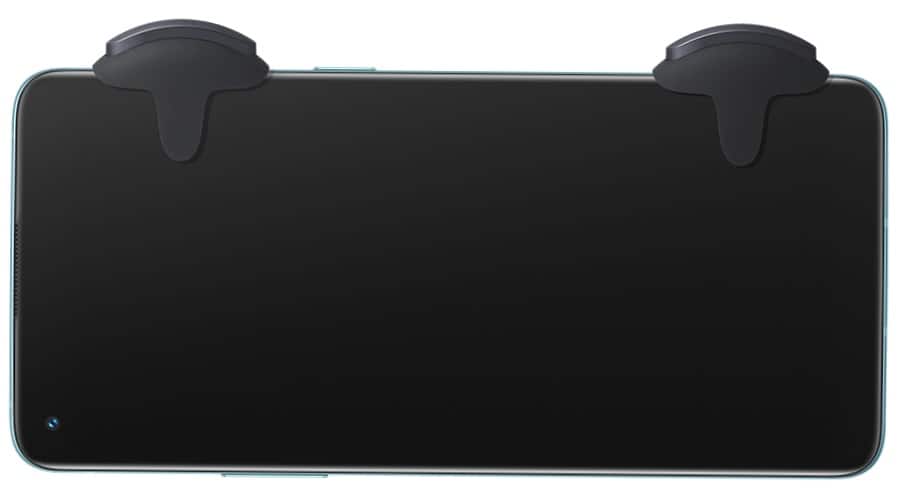 OnePlus has a Droid case for the OnePlus 9

In addition to the new gaming accessory, OnePlus will also be offering a handful of cases for the OnePlus 9 series. Most notably, there’s a new Droid case that has the “OnePlus Droid,” the character that made its debut with the OnePlus 5T back in 2017, engraved on the back panel.

OnePlus CEO has also Pete Lau shared a render of the case on Twitter, but not before it was leaked by none other than Albacore, the same source that leaked the attachable game triggers from OnePlus. “Maybe some of you remember this from when we released the OnePlus 5T. And since then some of you have been asking to see more of the OnePlus Droid. Now you can get your wish,” Lau said. The publication has also shared the renders of a Karbon case and a couple of Sandstone cases for the OnePlus 9 series. The Karbon case comes in OnePlus’ signature carbon fiber finish in black, the report claims. The Sandstone case, meanwhile, will be available in two hues – grey and black.

The leaked renders show the protective cases specifically for the OnePlus 9 Pro. However, the same cases should also be available for the regular OnePlus 9, or perhaps the OnePlus 9R as well. We should get more information when the phones break cover on March 23rd.