Nokia has an event scheduled for April 8th, where it is expected to launch several new products, including two affordable 5G handsets – the Nokia X10 and Nokia X20. The latter has now passed through the FCC certification, hinting at an imminent launch.

The American regulatory body has certified the Nokia X20 with the model number TA-1341. The listing reveals that the device sports a display that measures 167mm diagonally, which indicates that it could offer a 6.2-inch panel. The accompanying schematics of the handset’s rear shell show a huge circular camera housing.

There’s seemingly no cutout for a fingerprint sensor on the back though. So Nokia might have incorporated one with the power button. Since the Nokia X20 is a budget phone, it’s unlikely to get an under-display fingerprint scanner.

The FCC entry does not reveal anything else about the Nokia X20. However, the device has been doing rounds on the internet since January this year and we already know a lot about it. Powered by the Qualcomm Snapdragon 480 5G platform, the Nokia X20 features 6GB of RAM and will be available in 64GB and 128GB storage variants. The phone also supports MicroSD cards of up to 512GB capacity.

The upcoming Nokia phone may get a quad rear-camera setup. Other rumored specs and features include NFC support (in select regions), a 3.5 mm headphone jack, dual microphones, a dedicated Google Assistant button, and a 4,500mAh battery.

A report earlier this month suggested that the Nokia X20 will be available in Blue and Sand color options. It may cost around 349 euros (roughly $416) for the 6GB+128GB variant. We will have to wait until the official announcement for confirmation on that, though it’s not a very long wait now.

The Nokia X20 may launch on April 8th

As said earlier, Nokia has scheduled an event for April 8th. While the company hasn’t confirmed any product for the event yet, the Nokia X20 is one of the probable candidates. Along with the FCC certification, the device has also recently made it into the Indian IMEI database, suggesting an imminent market debut.

The Nokia X20 might be accompanied by its cheaper sibling Nokia X10 at the event. It is also a 5G-capable handset powered by the same Snapdragon 480 5G SoC. However, this device gets a lesser amount of RAM as well as onboard storage. It also features a smaller display and, probably, fewer cameras as well. Not very long before things go official now. 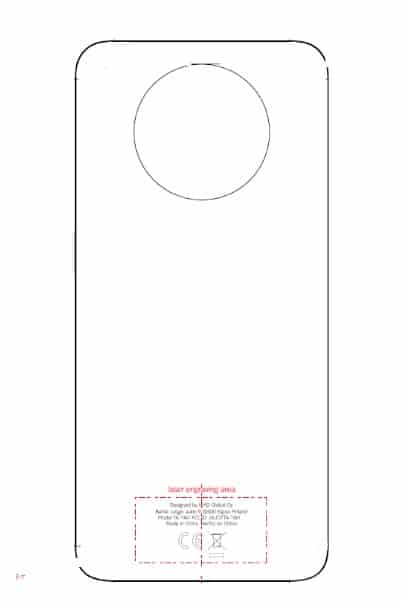