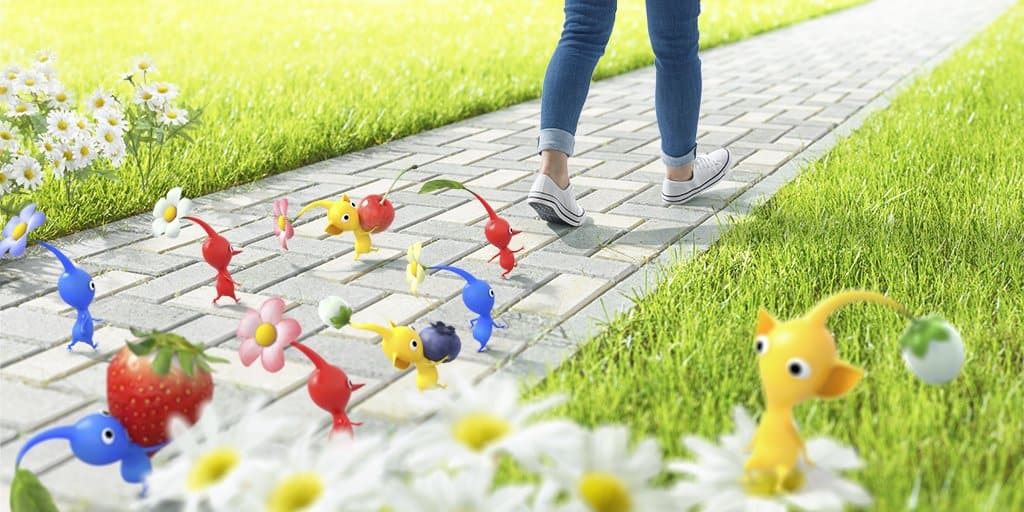 Nintendo is making moves on its next AR game, featuring the much-loved Pikmin franchise. The gaming company will be partnering up once again with Niantic, who has previously worked with Nintendo on Pokémon GO.

The famously popular AR game that challenged you to be the very best like no one ever was. But in the real world. This time around, it doesn’t seem like this new venture for a Pikmin AR game from Nintendo will be an actual game.

Niantic’s landing page for it refers to it as a “new app” from Niantic and Nintendo. And briefly describes how it might fit into your daily life. Very likely, this is less of a game and more of a walking companion.

Nintendo of America teased the upcoming AR app over the last 24 hours. And it’s as cryptic as one would expect for a company who wants to keep an upcoming project under wraps as tightly as possible.

“What it would be like to have a more fun walking experience surrounded by Pikmin?” A question for the ages, and one that Nintendo proposed to its fans. Suggesting that its new project with Niantic is a walking-based application meant to gamify the exercise and motivate more people to do it.

Nintendo further explains that with the new app, you’ll be able to explore the real world and make memories with your Pikmin friends. That’s all there is for details at the moment. But it doesn’t take much to envision Niantic and Nintendo’s plan for the upcoming app that, for the time being, we’ll refer to as Pikmin GO. Granted, that isn’t the official name for this app. But it would be fitting if it was.

The app has a planned 2021 release date

Again, Nintendo doesn’t give out specifics here. But it does mention a general time frame. Users eager to explore the real world with their Pikmin friends should be able to do so sometime in 2021.

Nintendo confirms that this is the planned launch date. Albeit without mentioning when in 2021 exactly. If you’re interested to learn more about Nintendo’s augmented reality Pikmin adventures, you can pre-register for the app on the site’s landing page.

Naturally, users can expect this app to be free. Though along with that they should also expect micro transactions as Niantic will need to monetize it somehow.

What would it be like to have a more fun walking experience surrounded by #Pikmin? In a new mobile app developed by @NianticLabs and Nintendo coming later in 2021, explore the real world and create memories with your Pikmin friends.