Skip to content
Advertisement
Trusted By Millions
Independent, Expert Android News You Can Trust, Since 2010
Publishing More Android Than Anyone Else
26
Today
249
This Week
500
This Month
3556
This Year
121176
All Time
Advertisement The image was found in the latest version of the Google Home app.

According to XDADevelopers, the image was spotted during a teardown of the APK file of the latest version of the Google Home app. In the build, there is a picture that looks very much like the back of a Hello Doorbell, only with a sleeker and more refined design. The current design is a bit chunky with two large screws in the middle. It’s also charged via micro USB.

The new Nest Hello Doorbell looks a lot more svelte with a less awkward design. The two screws that were in the middle are now much smaller and on the top. Also up top is the USB-C port, which is more in line with the standard people are used to in 2021. There’s also a small gray circle on the bottom that doesn’t seem to have an equivalent on the current version. It’s not clear what that could be used for. Only time will tell if this is, in fact, the next version of the Hello Doorbell.

Google is launching a new line of home security products

Back in January 2021, Google discontinued the Nest Cam IQ Outdoor. This was a move toward the future as Google stated that they are going to be launching a new line of security cameras later this year. The product in this image could be the first in the lineup of devices. It’s unclear if this new lineup will have a different naming scheme or not. We’re also not sure when to expect any formal announcements of launches.

Google acquired Nest back in 2014 for just over $3 Billion. It originally bought the rights to their smoke and carbon monoxide detector and learning thermostat. since then, Google’s Nest has brought products like the Nest Hello Doorbell, which doubles as a doorbell and security camera. It also produces outdoor security cameras and a lineup of Nest Audio products with the smart speakers and smart displays.

As with all news, this should be taken with a grain of salt. This new Nest Hello Doorbell could very well be a pipe dream. The information comes from an image that is buried within the code of the Google Home app, which means that it’s not 100% solid. It hasn’t been officially announced, which means that Google could take it out at any moment. 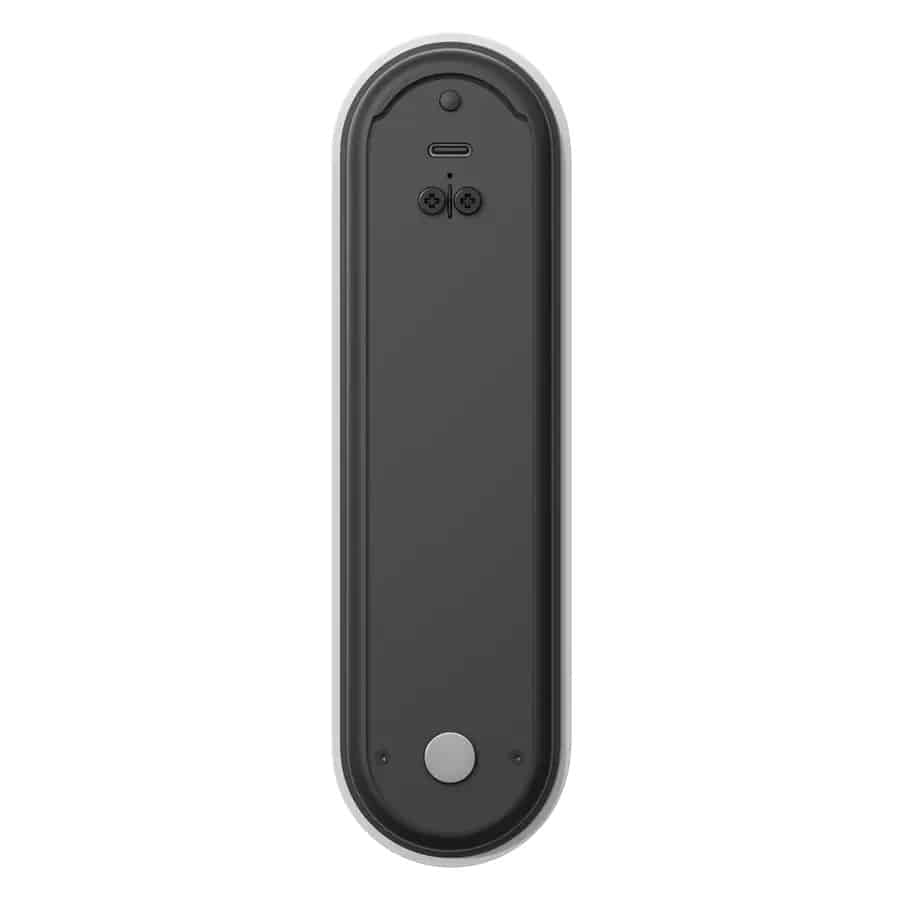