Following the announcement of the Moto G100, Motorola has announced three additional Moto G smartphones, all of which are more affordable. The devices in question are the Moto G10, G30, and G50.

What’s interesting with these phones, is that they look extremely similar to one another. They even come with the same display. There are some differences in there, though, that dictate different price tags for these phones. Let’s start with the most affordable one, the Moto G10.

The Moto G10 is the most affordable device in the series

This handset comes with a rather thick bottom bezel, and a waterdrop display notch. All of its physical buttons seem to be placed on the right-hand side of its body.

The Motorola Moto G10 is fueled by the Snapdragon 460 SoC. That is essentially Qualcomm’s entry-level processor. That SoC is backed by 4GB of RAM in the case of the Moto G10, while you’ll also get 64GB of storage. 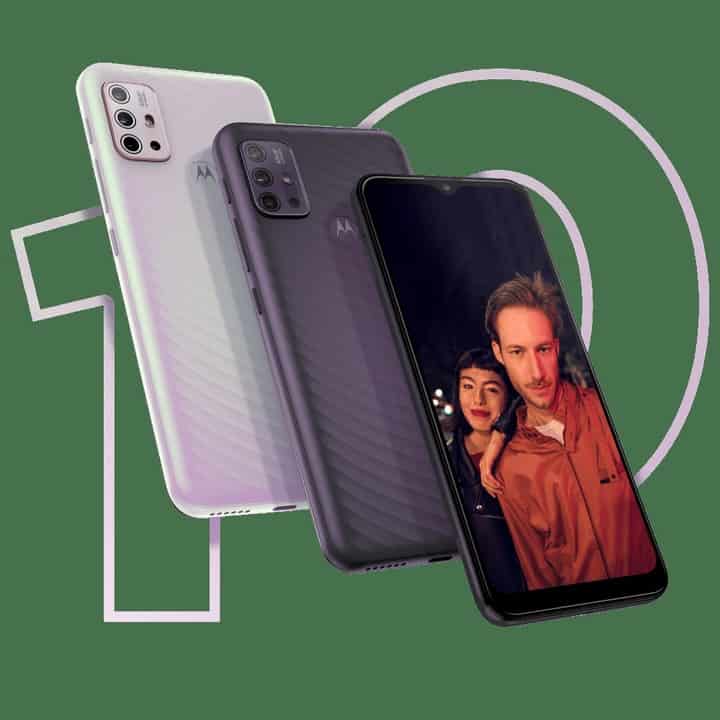 The device features a 6.5-inch HD+ 90Hz LCD display, and comes with a 5,000mAh battery that doesn’t support quick charging. It will take a while for you to charge up this battery. Luckily, chances are it’ll easily last you through the day, so you can just plug it in overnight.

The Motorola Moto G30 also comes with a waterdrop display notch, and it also has a rather thick bottom bezel. Its rear-facing camera setup looks a bit different, but it’s still in the same place.

The device is fueled by a way more powerful Snapdragon 662 SoC, and it packs in 4GB of RAM. In addition to that, it comes in two storage options, with either 64GB or 128GB of expandable storage.

Android 11 comes pre-installed on this device, while this phone also has four cameras on the back, and one on the front. A 64-megapixel primary, an 8-megapixel ultra wide angle, a 2-megapixel depth, and 2-megapixel macro cameras are included. On top of that, a 13-megapixel selfie camera is also a part of the package.

The Moto G50 has the best camera setup

The Motorola Moto G50 looks almost the same as the G30. It has that “chin”, and the waterdrop display notch. What’s interesting, is that this phone is the most expensive out of these three phones, and it comes with the Snapdragon 480 SoC.

In addition to that, the phone offers 4GB of RAM and either 64GB or 128GB of internal storage. The very same 6.5-inch HD+ 90Hz LCD display is included in this handset as well. 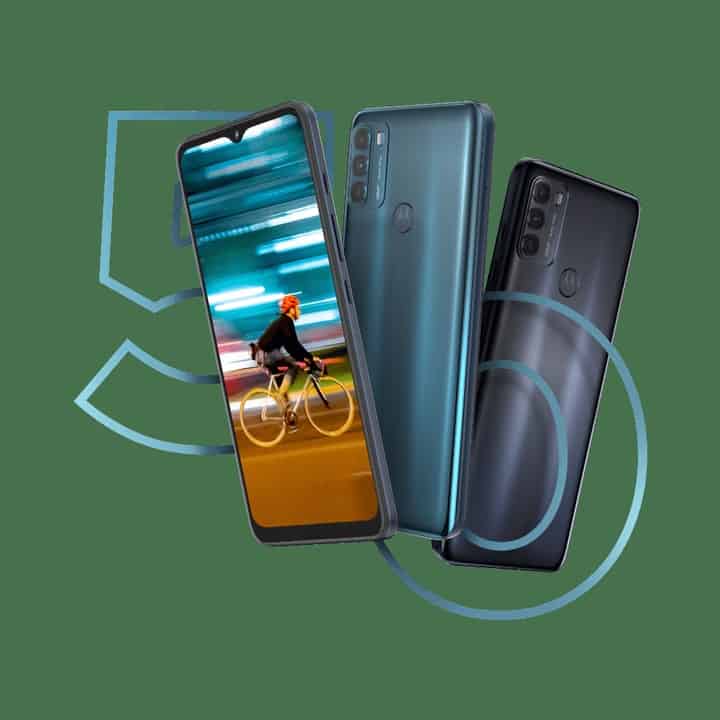 The phone also has a 5,000mAh battery, and a rear-facing fingerprint scanner. Android 11 comes pre-installed on this device, while you’ll find four cameras on its back.

A 48-megapixel primary camera comes with some light sensor technology. We’re not sure what’s that all about. In addition to that camera, you’ll also find a 5-megapixel ultra-wide unit, and a 2-megapixel depth camera.