The Motorola Moto G100 will become official on March 25, and while we wait for that, a new leak has shown the device from all angles. These images come from Evan Blass, a well-known tipster.

The Moto G100 renders show the phone from all angles; specs surfaced as well

He shared the Moto G100 renders via the ‘Voice’ platform, along with some specifications of the device. Let’s talk about the design first, shall we. If you take a look at the image provided below this paragraph, you’ll get to see the phone from all sides. 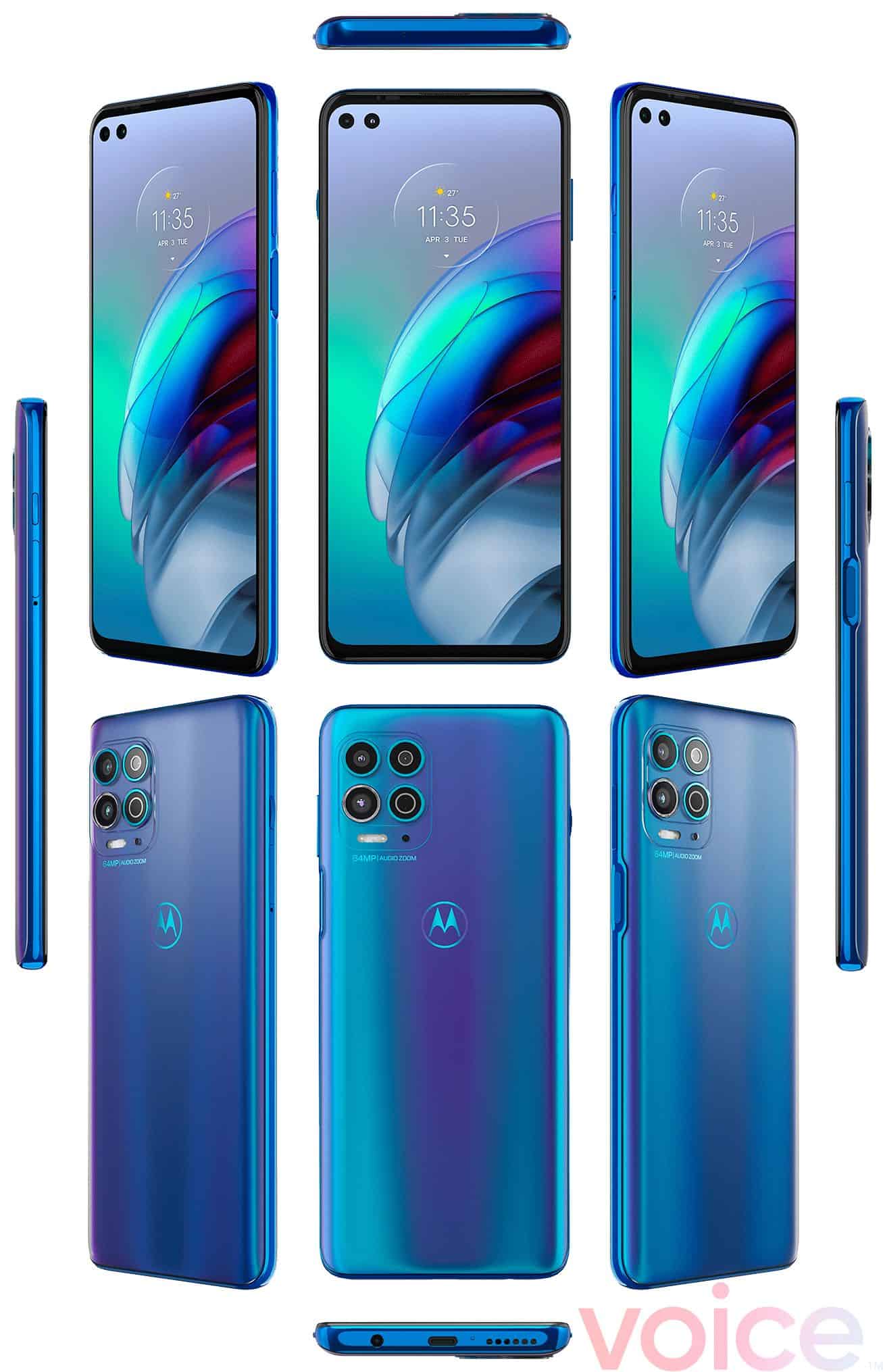 As you can see, the phone will feature a flat display, with two front-facing cameras. Those cameras are included in the display, so we see two separate display camera holes in the top-left corner.

This phone will include rather thin bezels, though it seems like its bottom bezel will be thicker than the rest of them. The power / lock button sits on the right, and it doubles as a fingerprint scanner. Above it, you’ll see the volume rocker buttons.

This handset seems to have another physical button on the left, above its SIM card tray. A Type-C port sits at the bottom of the phone, along with a 3.5mm headphone jack, and the phone’s loudspeaker.

The back side of the phone is curved towards the sides, and you’ll notice four cameras back there. Two cameras are placed in each row, and all are located in the top-left corner.

The Motorola logo is visible at the back, while we’re not sure if the phone will feature glass or plastic back there. It’ll probably be glass, though. The color you’re seeing here is called “Iridescent Ocean”, says Mr. Blass.

The Snapdragon 870 will fuel the device, while a 5,000mAh battery will also be included

The Motorola Moto G100 will be fueled by the Snapdragon 870 SoC. It will include 12GB of RAM and 256GB of internal storage. The phone’s storage will be expandable, up to 1TB via a microSD card.

A 5,000mAh battery will also be included, and will support 20W fast charging. On the back, the device will feature 64, 16, and 2-megapixel cameras, along with ToF (Time-of-Flight) sensor. On the front, you’ll get 16 and 8-megapixel cameras.