LG’s first rollable smartphone has a name, and it’s exactly what we expected

The device got certified by Bluetooth SIG, and was first listed as the LG LM-R910N. One of the entries in this certification does mention the device by name, the LG Rollable. That is the name that was rumored all along. 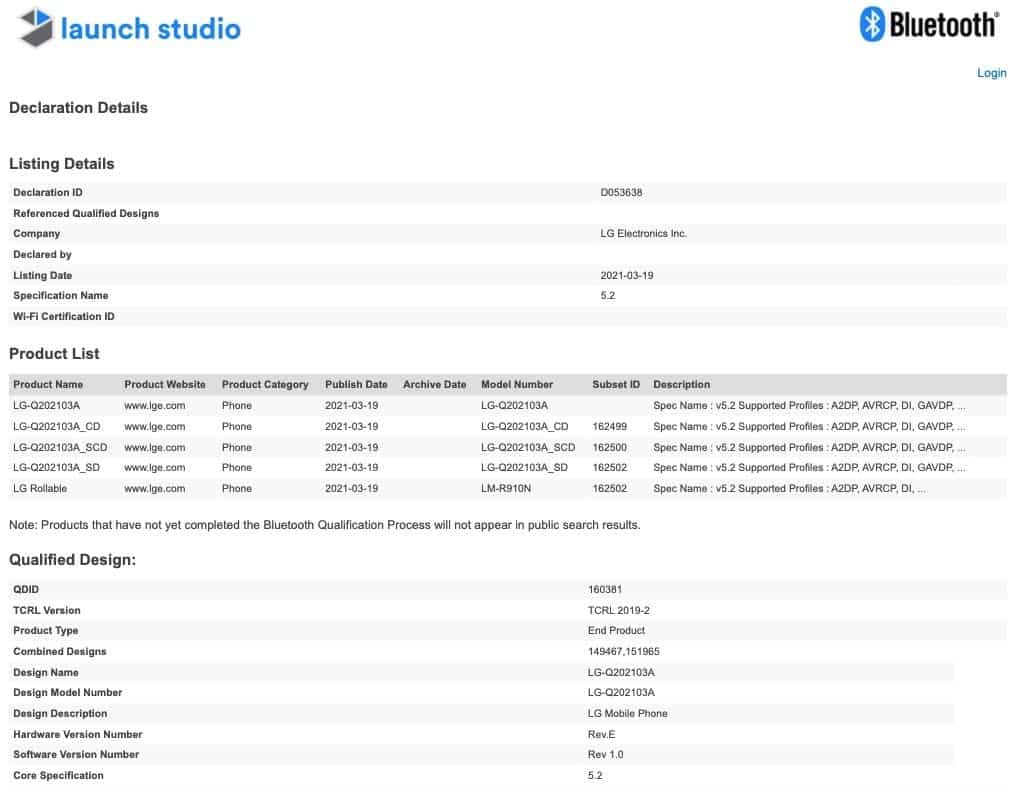 Considering this is an official certification for the device, and the name has been mentioned, there’s really nothing left to hide in that regard. This certification does confirm that the phone will offer Bluetooth 5.2 support.

The certification does not reveal any additional information, though. Bluetooth certifications are here to reveal the Bluetooth version, and quite possibly the name of the product, as it happened this time around.

Now, LG’s rollable smartphone has been in development for quite some time now. The company even teased its arrival in 2021. That launch came into question, as rumors started that LG stumbled into some roadblocks.

On top of that, the company’s mobile arm is not doing that great in terms of sales and profit, so some rumors even suggested that LG Electronics is looking for a buyer for LG Mobile.

The company confirmed that this device is still in its plans

The company basically said that it did not find a buyer, nor did it confirm it’s looking for one. It also did not deny something like that may happen down the road. LG is determined to continue delivering devices through LG Mobile, though, so this handset may actually happen. LG denied cancelling the device altogether, as that is what some rumors said happened. Well, those rumors were wrong, it seems.

Some of you may know that OPPO already announced its rollable concept, the OPPO X 2021. That device is functioning, but it’s not available for purchase. The LG Rollable is planned to go into mass production, and become available to consumers. At this point, all we can do is wait for more information from LG.