Google Photos appears to be getting a new server-side update that’s adding no fewer than three new categories for ‘Memories’.

For clarity, those are the ai-generated categories that appear at the top of the app’s UI. Summarily, pooling together photos in the user’s albums into a new album based on their subject. For instance, users might see a category showcasing their pets or a specific location. Those albums are then swapped out periodically — showing users different albums when they open the app on their phones.

What are the new ‘Memories’ categories and will there be more from Google Photos?

With the changes in place, at least three new categories appear to have been added for Memories in Google Photos. As of this writing, those are “The magic hour,” “Let’s Play!,” and “What’s Cookin’?”

The two most obvious categories are “Let’s Play!” and “What’s Cookin’?” The latter category adds photos of food. And, more specifically, food that’s being prepared. So users can look back fondly on the hits — and misses — from their time in the kitchen. The other category focuses on time spent with various games. And the more directly on games like pool, billiards, or snooker.

Finally, “The magic hour” pulls photos in that were taken during the “Golden Hour.” For those not in the know, that’s an hour during which daylight shifts toward gold and red hues. So the new category will most-likely mostly feature pictures of sunsets and sunrises since the hour comes twice per day.

Where are these found?

As noted above, the new Memories are typically found on the home screen of the Google Photos app.  And they swap out fairly regularly so not every user is going to see these right away. Instead, they’ll cycle in as other categories for Memories cycle out. Regardless, the new categories go a long way toward cementing this app as one that’s got quite a lot to offer that the alternatives really don’t. 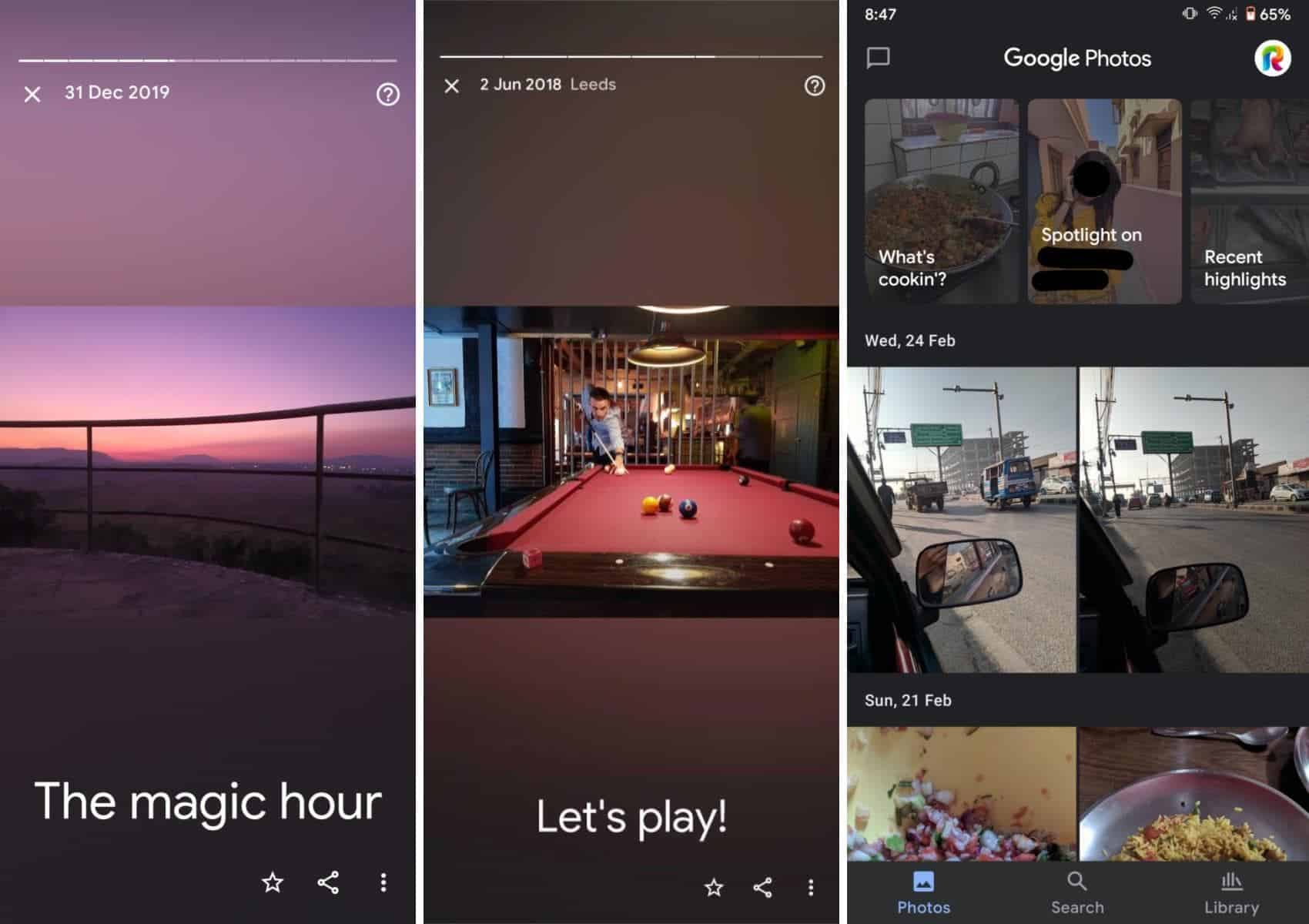