In the wake of the pandemic, video calling and video meeting have seen exponential growth. And to take advantage of this situation, Google Meet is going to get a new Tile View feature on Android in March-end.

People are working from home and companies are conducting video conferences to communicate with their employees.

Google Meet tile view allows you to view multiple people or participants during a video call. This saves a lot of time, as you now do not need to swipe through to view all the participants.

Apparently, the new Google Meet tile view feature for Android will allow up to 8 participants to be viewed at once. FYI, the web version of the app allows up to 49-participant.

So, you may feel the number is pretty less, but considering the small real estate that we have on our smartphones, it is pretty decent.

It is quite weird to see that Google will make this new tile view feature available for iOS users first. Later on, it will be pushed for the Android users.

Besides, for Android users, this new tile view feature would arrive by the end of March. The new feature has many advantages.

Apparently, as per Android Central, it would provide the Google Meet a much cleaner look. Additionally, each tile will show the participant’s name.

An icon will indicate when a particular participant starts speaking. Google has also highlighted some other features, including split-screen and picture-in-picture support in Google Meet.

This would allow users to continue with the video conference even while attending some other matters on their phones. On top of all this, background support is also coming for Google Meet along with in-app Q&A and polls.

As per the official blog, Google Meet users on iPad will be able to have up to 48 tiles visible. However, it is not clear whether other tablets, i.e. Samsung Galaxy Tab S7, will get the same treatment or not.

Until the new tile view feature arrives for Android users, they can continue to use it on the web version or any of their Chromebooks, if they have one. 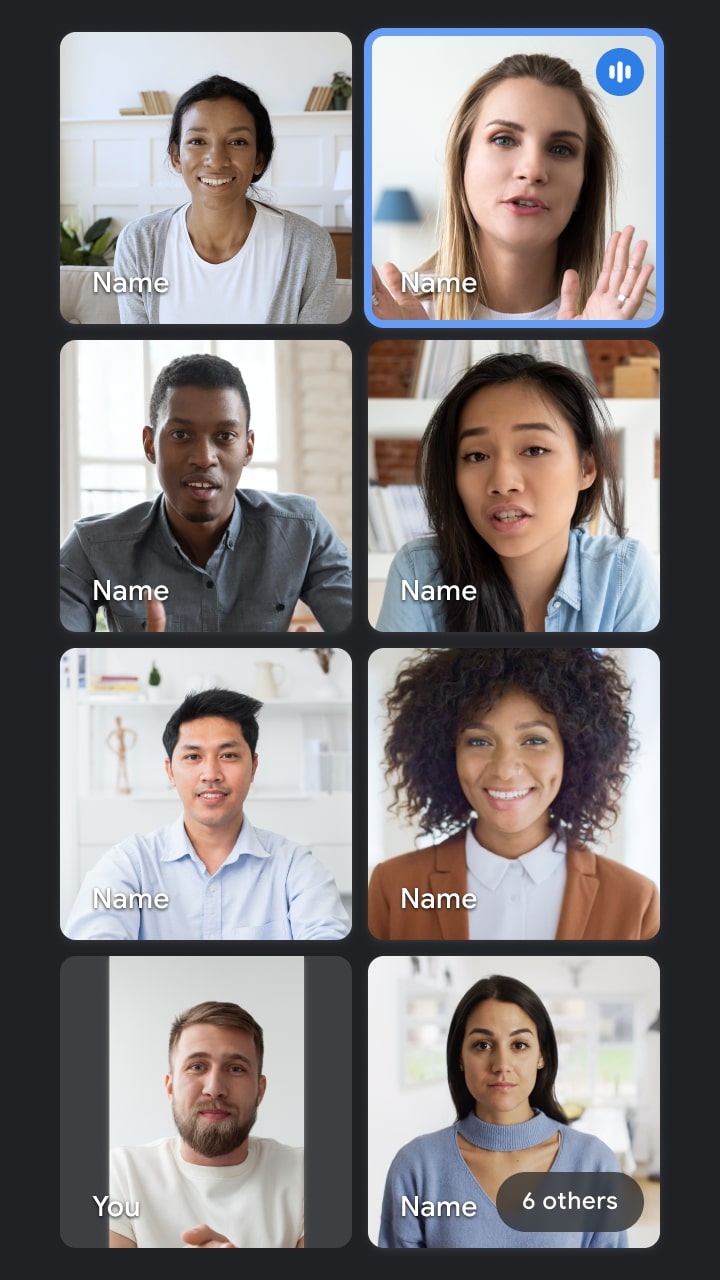