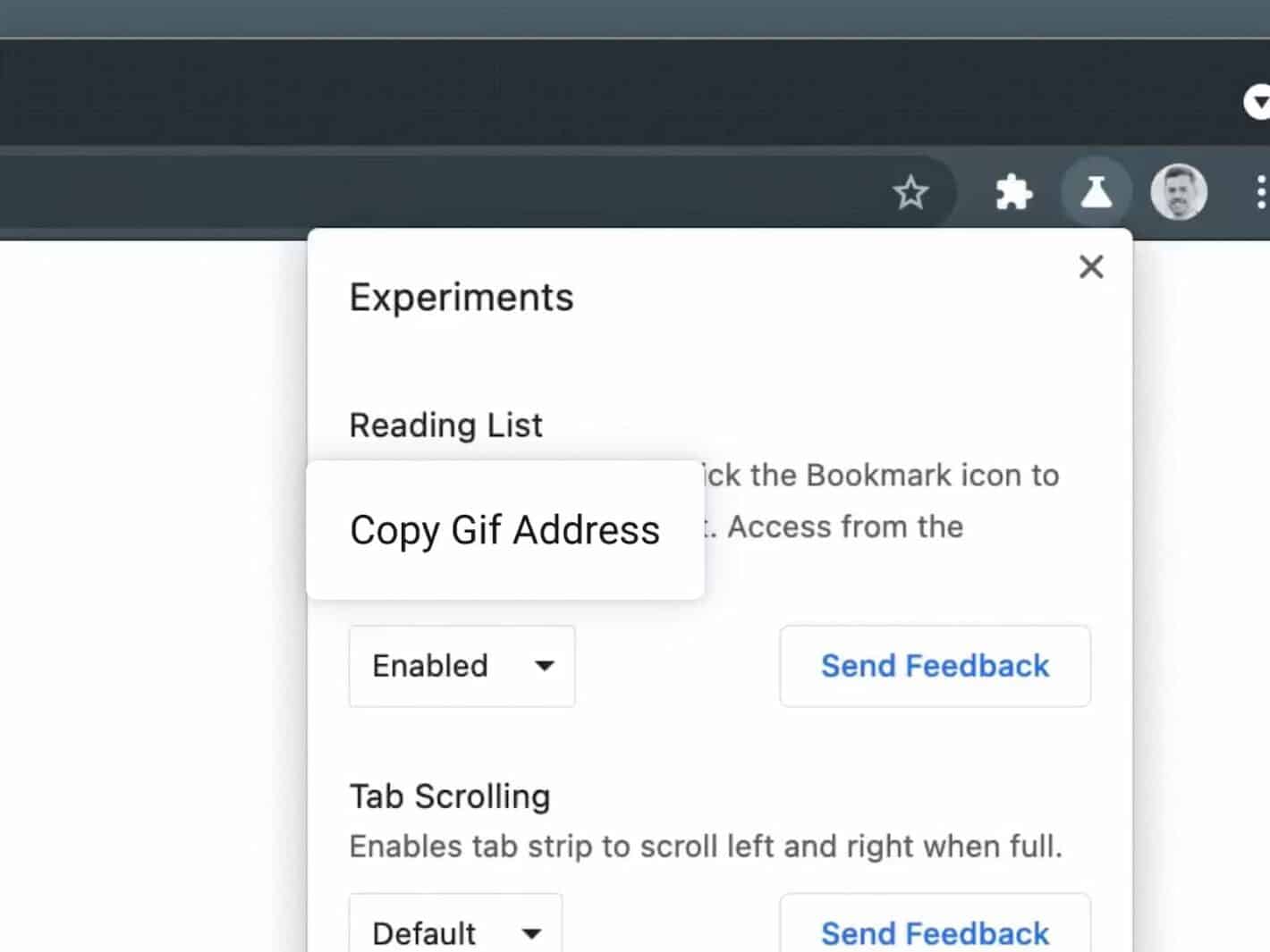 Easy-Access to Google Chrome experiments — found at the “chrome://flags” URL — was first sighted in late December. Now, Google’s head of design Alex Ainslie has effectively made the incoming feature official. That’s after the design lead was spotted detailing the feature on Twitter.

The designer explains that he’s looking for feedback on incoming features before pointing Chrome users to a beaker-shaped icon in desktop Chrome. That’s placed next to the standard add-on and extensions to the right of the URL Omnibox. Tucked behind that icon, three new experiments have been added. In effect, giving users an easy way to access the features that Chrome is already working on but which aren’t quite ready for release.

Where are these easy-access experiments for Chrome and can you access them now?

Of course, the feature itself is dubbed “Experiments” — previously “Labs” — and isn’t quite available for everybody just yet. Or, at the very least, users on Chromebooks running Chrome OS won’t want to try to access them. And that’s because the beaker icon mentioned above is only found in Chrome Canary. So users on other desktop platforms will need to download that app first.

For those that can or have downloaded Chrome Canary version 91 or newer, the feature can be found, as noted above, by looking for a beaker icon next to the URL bar.

What are the first experiments in this early build?

As indicated above, there are three total experiments already available there as well. Those are a “Reading List,” “Tab Scrolling,” and “Tab Search.”

The latter two features are fairly self-explanatory. The former allows tabs to fill in space that’s out of sight, similar to how scrolling up or down a page works. Users can then scroll through the tabs when the tab bar is over-filled. Tab Search, conversely, lets users search their tabs for pages.

Finally, the new Reading List lets users add pages to a reading list via the right-click menu. Then they can access it from the Bookmarks bar.

All of the new features can be set to default, disabled, or turned on from the Experiments icon in Chrome for easy access. All that’s required beyond that is a restart whenever the settings are changed. And the tool also allows users to open a feedback window or report bugs.

👩‍🔬 We hope to gather more feedback about @googlechrome updates as they’re in development. If you’re using Canary today (and soon Dev and Beta) you’ll notice a little beaker on the toolbar that makes it easier to try out new stuff and share suggestions about how it should evolve. pic.twitter.com/doPLzJbnRW